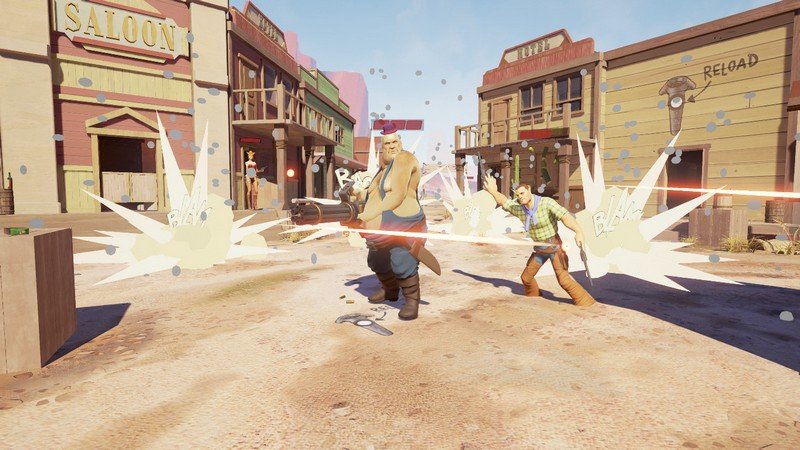 Released May 2017 3.3★
There is a new sheriff in town! High Noon is a fun VR shooter where you play as а sheriff in a small town somewhere in the Wild West.

Although, the things are not doing that well in this town. Hordes of bloodthirsty outlaws terrorize poor peaceful townsfolk and they could be real pain in the neck of a new sheriff. In your neck. So make ‘em dance! You are the Law now. And the time has come for them to learn that once and for all.

Wild West setting
Immerse yourself into the true Western – the scorching sun, prairies and saloons. Fight and win on the colorful locations of the Wild West!

Huge arsenal of weapons
From regular revolvers, rifles and dynamite to unconventional harpoons. Choose and upgrade your weapons right – your life depends on it!

The higher your skill, the better the reward
The game encourages you to play “in style” – achieve goals by a killing sprees, multiple headshots and double your reward!

Justice is in your hands
Enemies get tougher and bosses get deadlier with each new level and location — upgrade your arsenal and mow them down. Every single one of them has different look and behavior, but they all have a common goal – to get rid of the new sheriff.
Join the fight, upgrade your weapons, and compete with your friends. Dynamic battles against dozens of enemies, a vigorous soundtrack and vivid, stylish visuals in the classic Western atmosphere awaits you. You are the Law now! 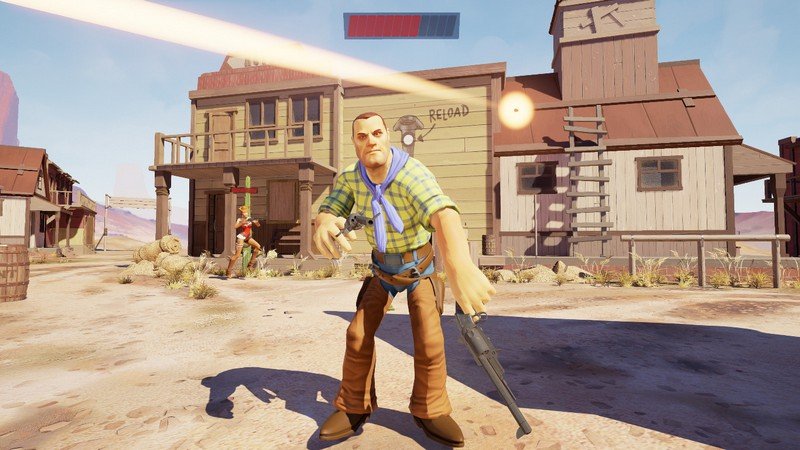 Martin
Feb 20, 2019
★★★★★
this game is alot of fun, tho my trigger hand gets alittle tired of shooting. Like the graphics and really enjoy the VR game.

just began at the beginning w/o any guns or weapons—-how do I shoot or what can I do—–I’m stuck!!!!!!

Casey
Feb 10, 2018
★★★★★
One of the more amusing games in VR out there. Good job and I look forward to the sequel. Upgradable weapons, scalable difficulty, good stuff!

Snoop Dogg
Jan 24, 2018
★★★★★
Fun game, you can upgrade guns and funny “play by play” comments in the game. A bit of excitement a few laughs and some hand-eye coordination makes this a complete and enjoyable game.

Hitman
Jan 13, 2018
★★★★★
Really like this western shooter. Fun to play and definitely one of the better shooters out there. Variety of weapons and upgrades, hope they bring out more stages! Go Billy!

Aaron
Mar 16, 2018
★★★★
Guns require better aim than most other shooters. It doesn’t play well to the vive’s strengths as people are far out and fuzzy a lot of the time. It is enjoyable though and fully playable from a seated area though you’d want a chair that can swivel easily. If it weren’t for the really annoying announcer and the overuse of the “wilhelm scream” I would rate it a 5/5. 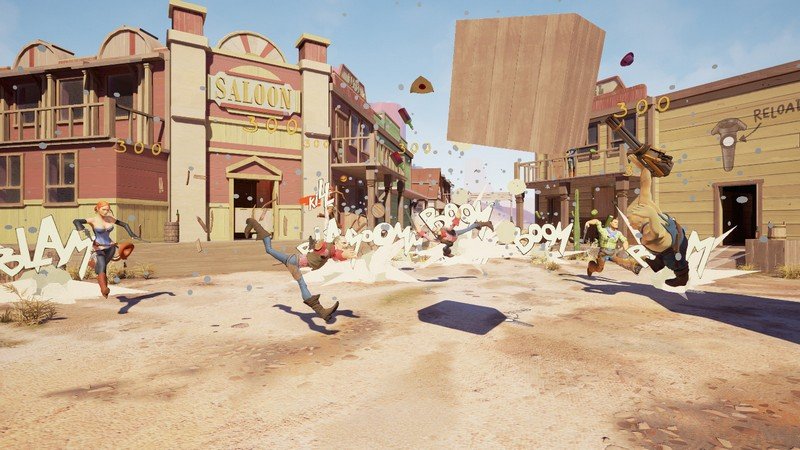 Greenlit
Jan 04, 2018
★★★★
Mosey on out to the alleyway and give High Noon VR a shot before sundown. It’s one of the better wave shooters on the market that doesn’t involve any zombies, and more westerns are a welcome addition to the VR medium.

John
Oct 30, 2017
★★★★
Great game. I’m a gunfighter… Yippiee.
I would like extra levels and be able to walk around town to chase or stalk the outlaws. The guns feel so natural and easy to use. Level 4 is a lot tougher. I hope future levels are made soon. The sound goes haywire often once you blow up a barrel until you restart. I would also like some instructions… E.g. What makes a medal, how do you kill someone in the air? etc.

Jukka
Sep 24, 2017
★★★★
This is more fun than i thought it to be. Saw my son playing, then i just started help my son achieve more guns with game coins, but it turned to be suprising immersive thing for being an arcade western.

CDW
Jul 18, 2017
★★★★
First Impressions: Seems like a fun wave shooter with western theme. Good graphics, enjoyable and a fun time. I was experiencing bugs in the game that were distracting, not sure if it was me but I’ll update if it was my system. The guns were shaking for most of the game, but when you die and see the Vive controllers in grey, they were perfectly steady. But overall, a great start to the game, nice job!

Juraj
Dec 15, 2018
★★★
Overall it’s fine shooter with 9 maps and no story. However I prefer “Guns’n’Stories: Bulletproof VR” much much more. Here is just so many things wrong:
1) the aim is off, so if you know how to shoot in other games, it won’t help you here because you have to aim higher now!

2) the voice actor is bad, it shouldn’t just repeat all those phrases over and over…

3) guns purchase / upgrades – very complicated, you have no idea what are you buying and what the upgrades do. Many guns gets useless over time, like the basic pistols. Also shotguns are totally useless as most of the enemies is way too far away.