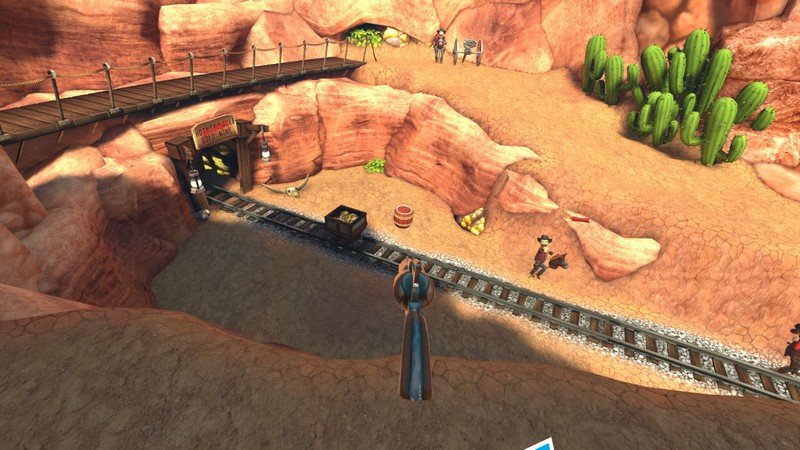 Released Jan 2018 2.9★
Hopalong: The Badlands is a VR game where violence and comedy combine with a one-of-a-kind movement system. Hop, skip, or simply wave your stick horse up and down to gallop smoothly through the western landscape filled with the villainous group known as the Dynamite Gang. They are beyond redemption and there is no “or Alive” part on their wanted posters.

Features
• Oscillot locomotion system for intuitive movement through the landscape
• Murderous stick-horse riding outlaws made out of wood.
• Fight Boss Boomity and his flying stick-pig Pigasus in an intense night time battle.
• Earn new stick horses as you progress, even Pigasus!
• Dodge dynamite or shoot it while it’s in the air back at the imbecile that threw it.
• Enemies with Gatling guns? Run! 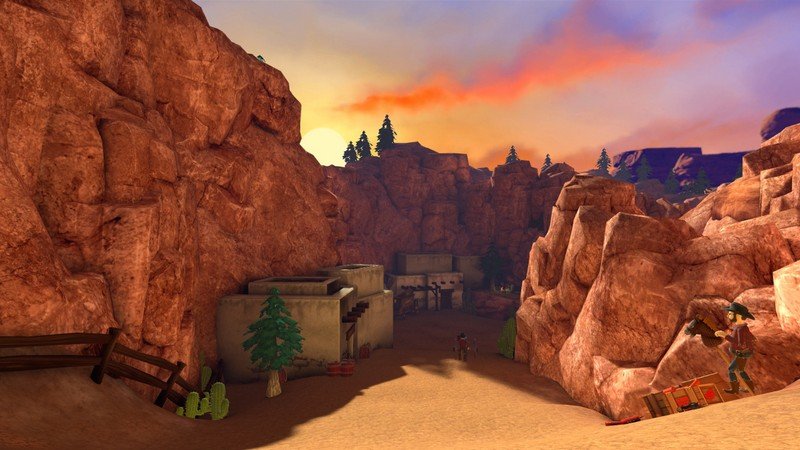 Weapons
• Eight Shooter – One more than seven bullets means one more than seven bandits headed for a dirt nap.
• Pickaxe – Like a normal axe but for rocks. Or bandits. Mostly bandits.
• Double-Barrel – Why shoot a bullet when you can blow a bunch of hot metal out of, not only one, but two barrels? Not to mention Jolene is one pretty lady.
• Sniper Rifle – Long gun, long range. ‘Nough said.
• Dynamite – You only need a pinch to blow up a bandit. Good you’ve got a whole stick of it.
• Iron Falcon – Big bullets for when you have big problems. Oh, and they explode.
• Brimstone Gun – For when its dark, or when you need to light a bandit on fire. Which ever comes first.
(also playable on Oculus Rift)

Aadi
Dec 21, 2018
★★★★
Any motion sickness went away within minutes its a really well built experience. Fun game and definitely worth a shot on a subscription

Wasted
May 23, 2018
★★★★
Enjoyed it so much in my subscription that I went ahead and bought it. The game mechanics, level design, etc.. make it easy to feel like a child playing this game. While not my favorite VR game.. it is one of my go to games for a night of relaxing careless fun.

christopher
Feb 13, 2018
★★★★
Fun cartoonish shooter. Interesting way of controlling movement of horse with one controller. Definitely worth a try. 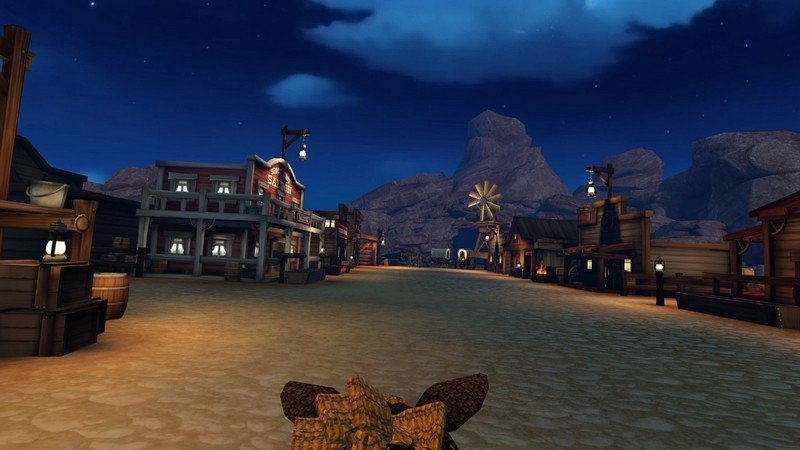 Mr.Aurash
Nov 04, 2018
★
When im entering the game everything is black theres nothing to do only the sounds of some kinda of lasso when the trigger is pressed and the music

Ramzi
Jun 10, 2018
★
Same as Mark, I get load screen background image and then a From The Future logo then everything goes black. Still able to pull right trigger and fire 8 shots and it reloads and will repeat but nothing but a black screen. Non functional game.

Vuud
Feb 12, 2018
★
menu works, then the game starts and it goes black. The manufactures web site has no support options, and the “what didnt work” below just goes to a knowledgebase.