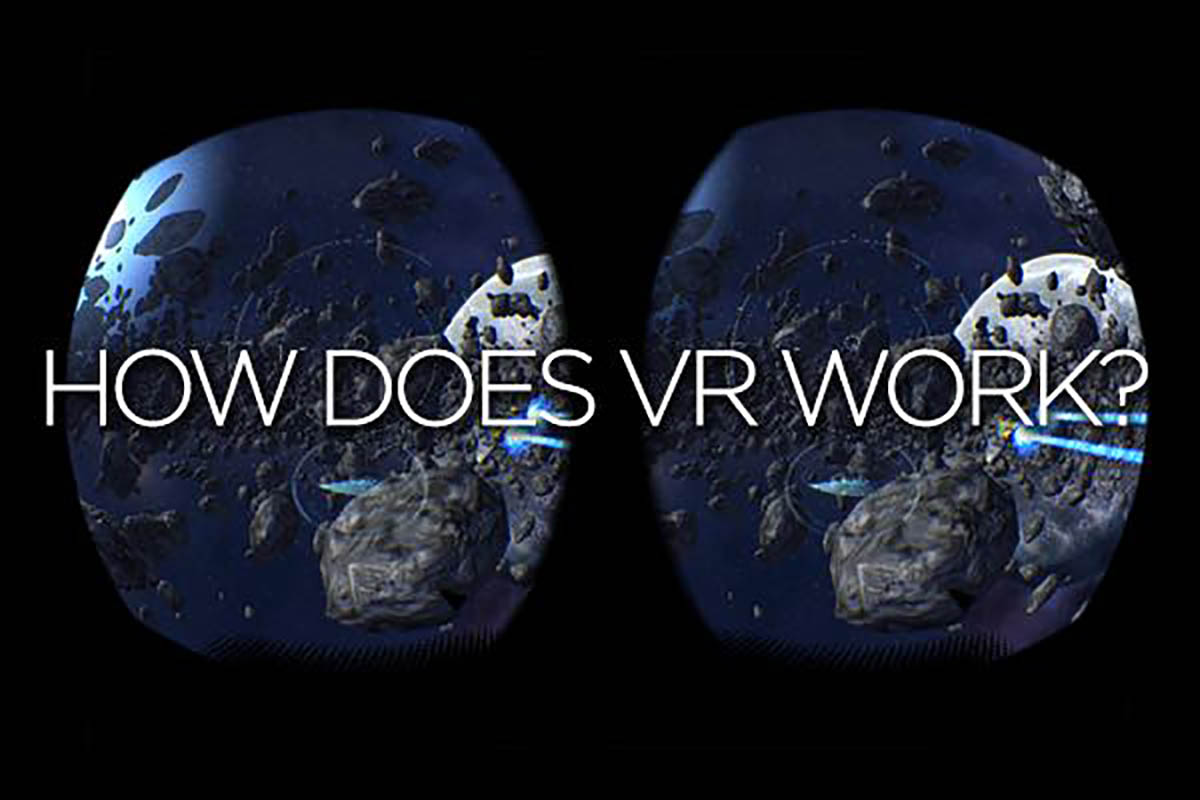 How Does VR Work?

Virtual reality (VR) is a computer-generated environment using technology to immerse the user in a three-dimensional world. Usually used alongside a VR headset, users see an entirely different thing to what’s really in front of them.

It’s a fairly simple concept to grasp, you simply set up a headset, put it on, load a game, and are immersed into a whole new world. However, although the concept may be simple many people don’t know exactly how VR works.

What are the technical breakthroughs that allow for the technology to even exist? How are we shown picture-perfect 3D images in front of our eyes? How does VR work? We’ll be covering all those points, and more, in this article. 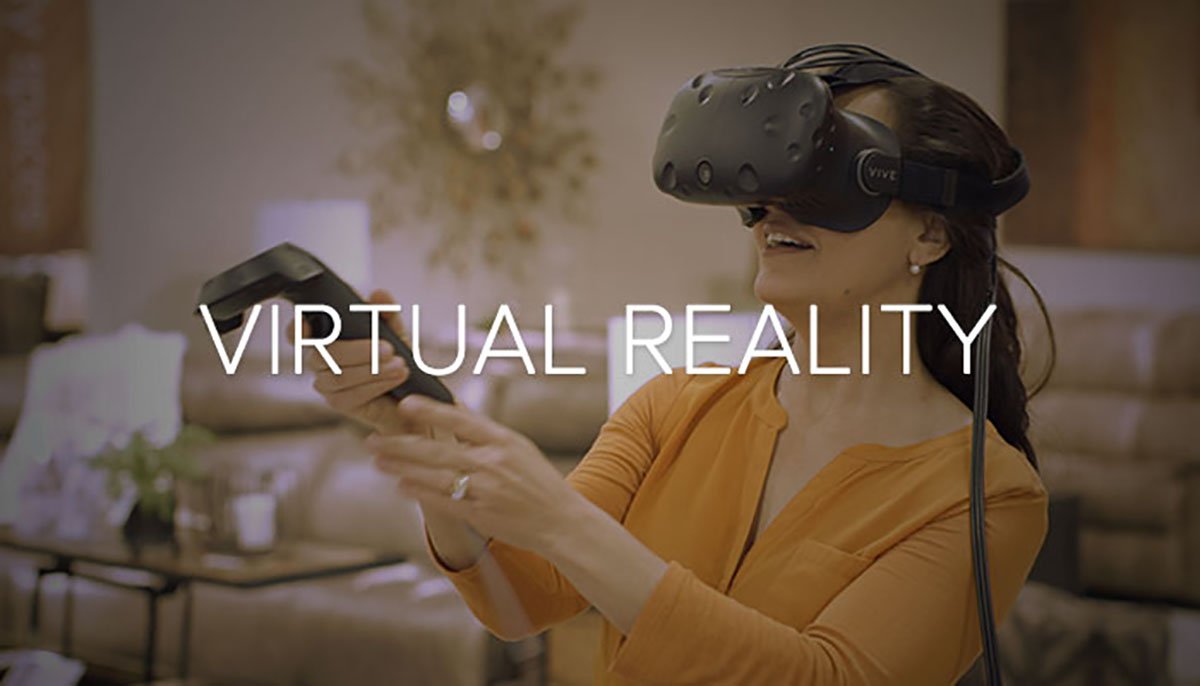 First of all, let’s describe exactly what VR means as there are many applications which claim to be so but aren’t really, such as holographic displays and tricks of the eye. Short for virtual reality, it’s often used interchangeably with the term ‘virtual experience’ (VE). The defining characteristics of a VR or VE setup include the presentation of 3D worlds and images alongside the ability to track a user’s movements.

When you step into the world of VR by putting on one of the available headsets, you’re greeted with a 3D interpretation of a computer-designed and generated landscape. In order to achieve this, the ocular displays of the VR headsets have been calibrated specifically to trick your brain into seeing a 3D image rather than a 2D image.

If you were to place a photograph or picture in front of your eyes, it would still look 2D because it is printed onto a flat material, so how do the VR headsets make 2D images look 3D? It’s a simple concept with a simple execution. All VR headsets used something called a stereoscopic display.

A stereoscopic display sounds complicated, but it’s really not. All it means is that you’re shown two slightly different images in each eye, in order to simulate the way our vision works in the real world. By using slightly different angles, as well as parallax and shading, the visual display simulates our real-world vision, which makes what we see look as 3D as the real world.

One of the main differences between VR’s visuals and the real world is, of course, that VR is generated by a computer. The fact that its computer-generated comes with a host of potential pitfalls that can put a dampener on the VR experience and make it shockingly obvious that you are not fully immersed, while also potentially causing motion sickness.

One of these issues, and probably the biggest one, is the issue of latency. Latency is the amount of time it takes a command to be performed by the computer. Strings of code that generate the visuals you see are read by the technology. Once the commands are read, actions are performed to give you the images specified, and these actions are refreshed at set intervals. Sometimes, there can be a significant delay between the command being read and the action being performed, meaning that things appear to move slower than they should.

Another one of these issues is lag. Lag is slightly different from the latency in that it’s usually caused by slow systems, weak connections, or other technological issues, whereas latency is the set rate of your system and is usually consistent when used with the same monitor, system, cables, etc.

Field of vision is an aspect of creating a fully immersible world and can be quite difficult to replicate with VR headsets. The human field of vision is around 180 degrees while looking straight ahead, a figure that increases with eye movements. The average FOV of VR systems is around 100, with each individual system having a slightly different FOV.

This means that it can become easily apparent that you’re not actually in the world you’re seeing. 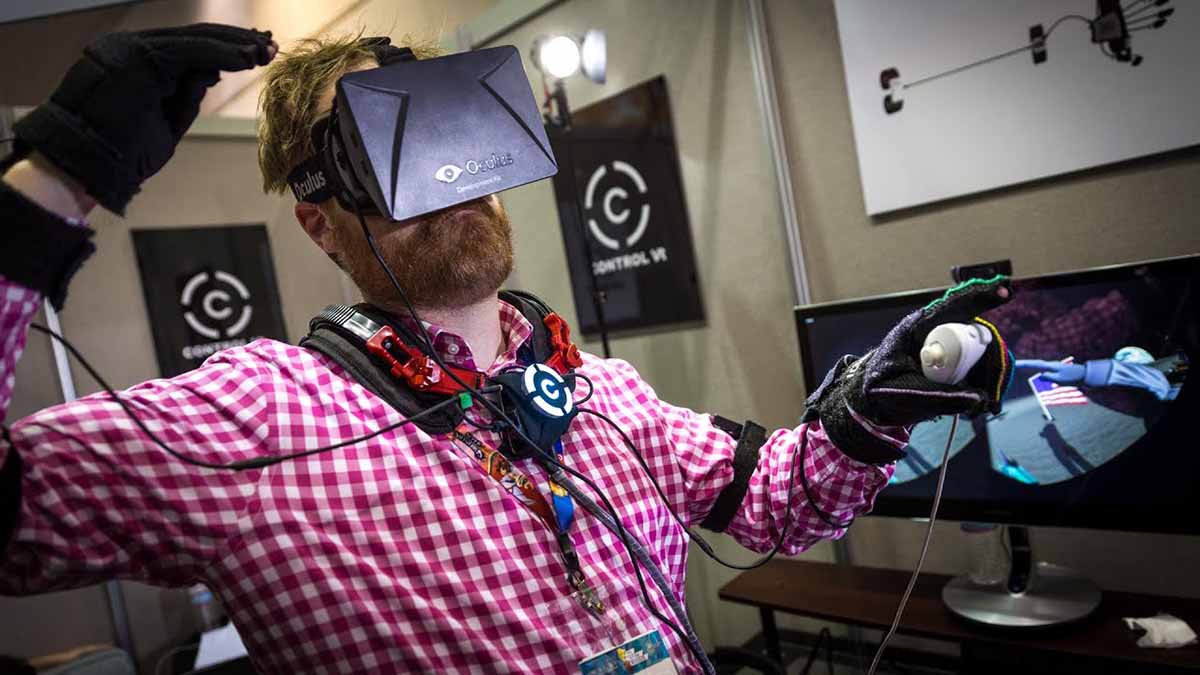 Arguably one of the most important things we relate to VR systems is the motion aspect. All VR systems have a way to track your movement and allow for in-world movement using touchpads, sticks, or other devices. While no system is yet to release motion sensor pads, such as the ones used for motion capture in game and film CGI, we do have a range of ways to interact with the VR world.

There are two basic methods for a VR system to track your movement, and the one used depends on the individual system.

Android users, who place their smartphone in the headset to use as the screen, are tracked using the phone’s sensors. The accelerometer, gyroscope, and magnetometer are all used to track the movement of the user’s head while a touchpad on the side of the headset (or an external controller) are used to move around.

Desktop VR systems, such as the Vive or Oculus Rift, have in-built screen with sensors placed within the headset itself. The headset’s sensors track the movement of the head while specialist controllers are used to moving around the 3D virtual reality and perform actions.

There are several VR headsets on the market, all of which can be used to immerse yourself into a virtual reality experience, and they all come with slightly different specifications and are used in different ways.

The Vive headset has a field of view of 110 degrees, HD display, and a refresh rate of 90Hz, with the Oculus rift boasting the same specs.

How to Use VR 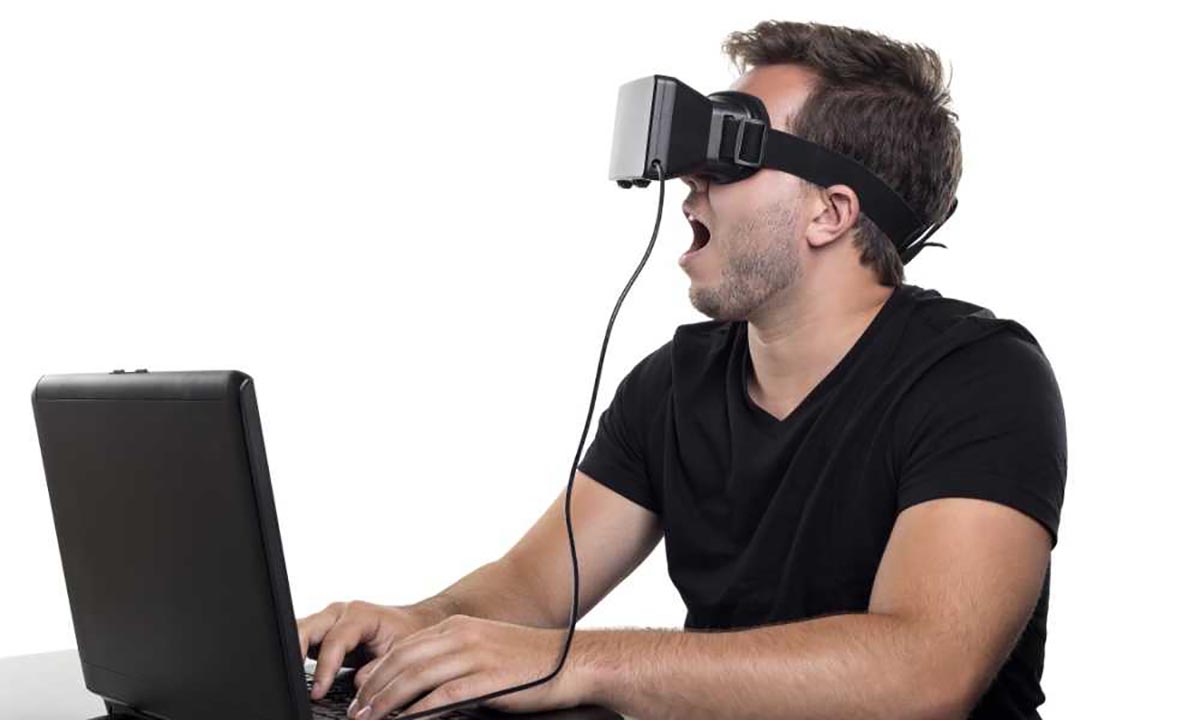 How you use the hardware can work slightly differently depending on the individual headset you’re using. Some headsets, such as the Gear VR, use your smartphone as a screen and processor, while others, like the Oculus Quest, are an all-in-one system that can use the PC as a processor.