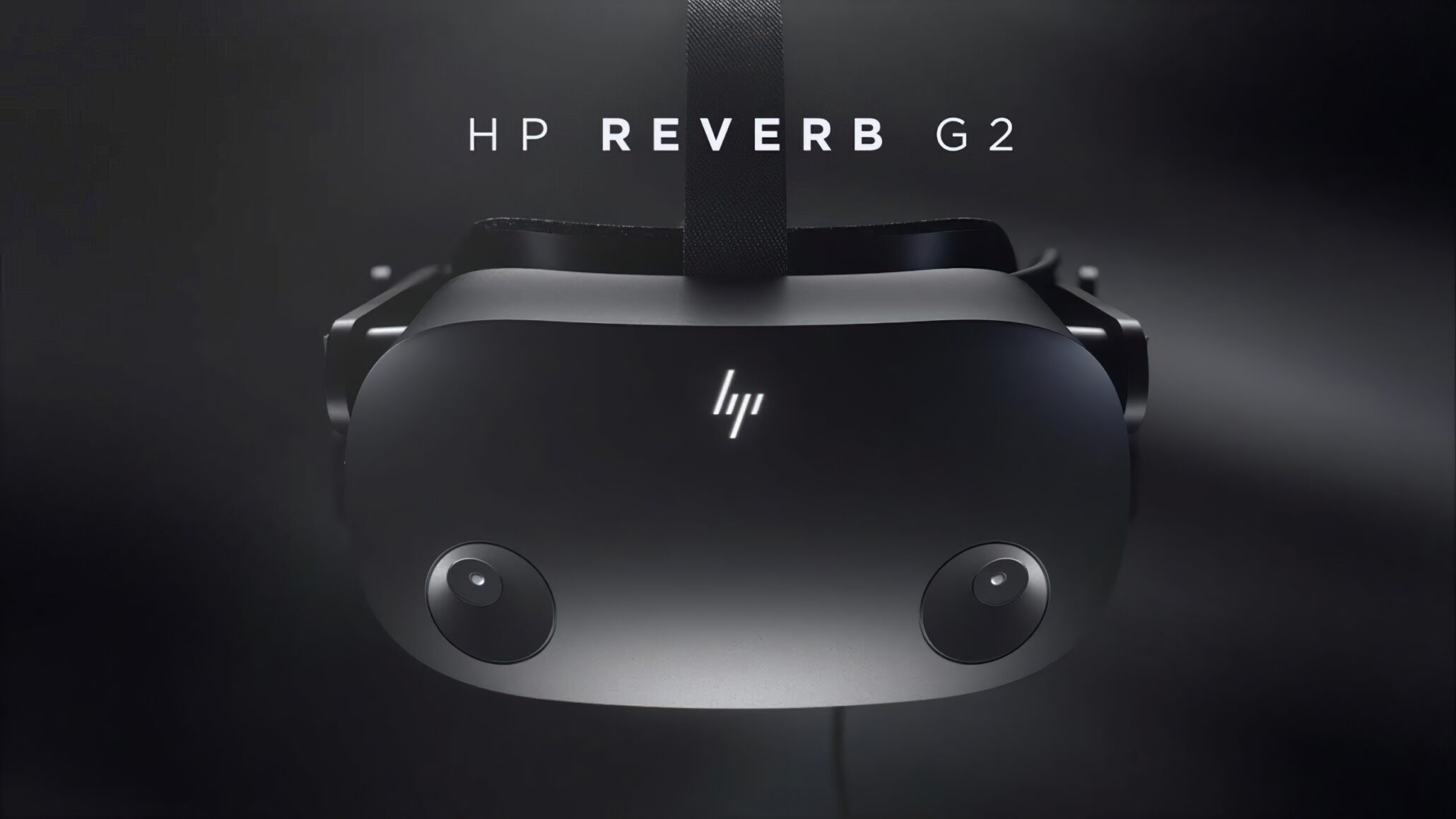 Hewlett Packard may be having to work hard to compete in a laptop market, it hasn’t stopped them entering the virtual reality headset fray. The Valve Index was a solid competitor against Oculus and others but we are glad that Reverb G2 has finally arrived. The promise from HP is that they will bring some of the features of the Valve Index but with better resolution, better tracking and new controllers.

TheReverb G2 specs are impressive. There is a resolution of 2160 x 2150 per eye through an LCD display. There is a 90Hz refresh rate and the lenses are single element Fresnel. The field of view is 114 degrees diagonal with IPD optical adjustment in a range of 60 – 68. The headset is tethered, with a 6 metre cable to a USB-C, displayport and a power cable.

In terms of tracking, there are no external sensors. There are quad on-board cameras. In terms of other hardware there are off the ears headphones and reverb G2 controllers. a microphone and pass through cameras. 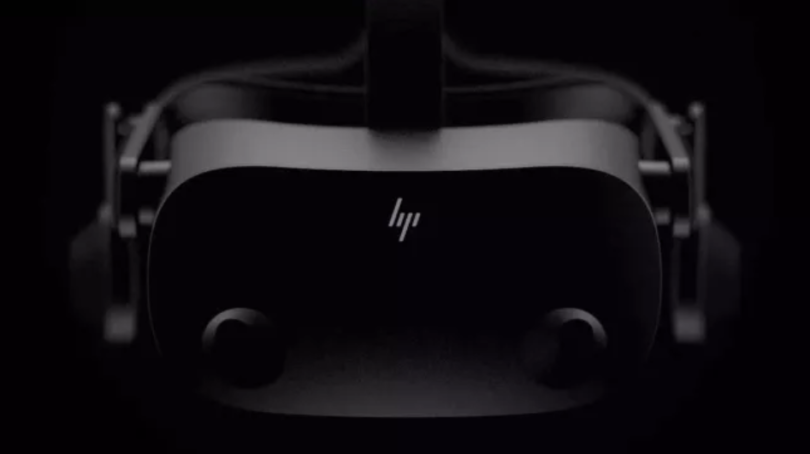 This review will go into some depth. If you have no time at the moment to read the details, here is a quick summary.

The strength of the HP Reverb G2 is its visual fidelity of the image provided by the high resolution in the per-eye display. Thanks to this spec, there is little screen door effect in the headset – so the sense of a continuous movement without the block pixels to disturb the sense of immersion is incredible. The display is obviously not the same resolution as our retina, providing the 90Hz refresh is enough to make the effect all but invisible to our vision.

What is disappointing is that the Field of Vision is less than that of the Valve Index. Even so, the visual fidelity of the HP Reverb G2 is impressive.

HP worked alongside Valve in the development of the Index and so were able to use the same headphones, which means great in-built sound. The HP drivers in the headphones are even identical. What is great is that the headogiobes do not touch your ears or get in the way, though there was a little distortion in the higher frequencies that needs some adjustment in future iterations.

The controllers are different, thankfully, to the WMR controllers and HP have chosen instead to mimic Oculus touch. This is the general handle shape and a similar set of buttons, sticks, and triggers. Creating a standard language for the controllers across headsets will help users become more accustomed to controlling the virtual space.

The use of four cameras as opposed to two gives much more controller tracking and coverage. This helps to stop those moments that happen when the controller gets stuck because it is out of line of sight of the cameras. While there are still some deadzones below and above the headset, it is not as annoying as other brands.

There is some stuttering in the head-tracking when you switch between apps or screens. However, the over latency is fine, if not as brilliant as you would hope. There is definitely more latency than you would see in Oculus and SteamVR.

The headset is comfortable but doesn’t do anything to lead the market in the comfort of the headset. The rear strap keeps the goggles in place well enough and the top strap certainly relieves some of the pressure on your face. Adjusting the straps at the side takes a bit of patience and it is only thanks to the elasticity of the strap that you can keep taking the headset on and off to continue your adjustments.

A real bonus in the physical IPD adjustment. This ranges from 60 – 68 mm and allows you to align the lenses to your eyes. Playing with this will help you get the comfort and the clarity that is best suited to you.

HP’s Reverb G2 is leading the class in the level of fidelity of image, with an impressive resolution, it is not moving VR headsets innovation too far along the path. Also, with this resolution comes a loss in the field of view, which means there is a more limited experience of the worlds you inhabit. It seems like there was a move to create a virtual monitor for your computer in your headset and this was not especially designed with world created games in mind.

Where the Reverb G2 is refreshing is the value it offers. You will pay around $600 for the hardware, which with this resolution and other specs is impressive.

This is the most appealing feature offered by Hewlett Packard. The display is astonishingly clear and they have all but solved the issue of Screen Door Effect (SDE) that ruins some of the sense of immersion in other headsets. There is an impressive 2160 x 2160 LPD display per eye. This is a resolution that is head and shoulders above anything that other headset designers have been able to deliver.

While you might be blown away by the clarity of this display, these comparisons do not take into accoun the field of view. If we did, the Reverb G2 wouldn’t be best in class anymore.

However, the solution to SDE and ridding the display of the unlit spaces between pixels is a massive move forward. Most other headsets have a visible black grid that is discenable as you move through the game. This is not the case with the Reverb G2, meaning that everything is so much sharper, more solid – and so more real. It also tricks the brain into seeing depth better than other headsets and feels game-changing.

You will find yourself staring at the almost absurd level of detail in games. You will look at a shotgun and see the grains in the metal of the barrel. You look at the clothing and you can see the texture of the fabric. It is like listening to music on old headphones and then putting on some stat-of-the-art audio equipment and realising there are separate instruments involved.

But, let’s not get carried away. You can still tell you are looking at a computer display and it is not perfect clarity. However, it is a step forward in what we have seen before. There will only be moments when you become aware of the imperfections.

However, the overall clarity of the headset is reduced by the mura and chromatic aberration.This inconsistency in the colour and brightness of pixels across the display can give faint horizontal stretches across your view. While for certain colours this is slightly noticeable, it is only a slight marring of the superior display.

If you put on the Reverb G1 and then the G2 straight after, you will actually notice the improvements that have been made here by HP. There was definite smearing of the red, which caused real damage to the sense of clarity. With G2 this is gone and there is little chromatic aberration and is best in class here. HP needs to take note of Quest 2 though, as they are not far behind in quality and can link to PCs too.

Fresnel lenses are pretty similar to everything that everyone else is using, which means god rays. There are rays coming from high contrast elements, just like with other headsets using Frenels. It is neither any better or worse in the Reverb G2 – so you will find this in the Rift S and the Quest 2 as well.

The field of view for the G2 is 114 degrees but it doesn’t see much better than the Quest 2, which is apparently around 90 degrees. The high reported FoV is measured on the diagonal and this might explain why it feels almost completely the same.

What is unique is the nose-shaped blindspot below your eyes in the Reverb G2. The tear-shaped lenses are like our eyes and when we look down there is a nose there. It just feels a little odd in VR, especially as we are used to manufacturers bringing the nose up so that the blindspot is covered by the stereo field created by your eyes.

Audio and other hardware

The off-ear audio has been taken from HPs work on the Valve Index and uses exactly the same drivers too. It is great to have no headphones pressing against your ears and they do not get in the way like other headsets. The speakers come with a decent punch but there is definite room for improvement in the higher frequency. There is some work for HP to do here.

The controllers follow the lead of other VR headsets. This is smart, as users need to begin to understand the language of gaming and navigation within the VR world. There is still room for improvement but there is now the controls and the thumbstick, as well as two smaller menu buttons, as well as a trigger. It just works better and they sit in the hand much more neatly.

The extra camera at the side of the headset is also a welcome addition to the tracking coverage. The cameras reduce the times when you move outside of the range and into a dead spot. There are still some arounf but nowhere near as noticeable. One area for improvement was when tracking through menus and there are problems when you point the guns down to the ground.

The latency and precision is just as you will find in other WMR headsets. It is solid without being exceptional. There are some issues with headtracking but in faster games you wouldn’t notice this. However, there is a jitter when you are firing virtual guns that will bother the purests.

If you are a serious gamer then you will want the Reverb G2 to be an improvement on the fit of its predecessor. While the G2 shares some of the similar shaping as the Index, it has a velcro strap that you can tighten rather than a dial. There is also elastic in this strap so you can take the headset off and on without having to continually adjust the velcro. However, this does stretch over time.

The elastic strap is good though – as it allows the headset some flex as you move and doesn’t start to dig. Therefore, for long sessions, it is so much more comfortable. Plus, there is much more room around the nose, with no light leakage thanks to soft flaps.

The real bonus is the IPD adjustment that allows you to adjust the lens for your eyes – optimising the clarity and comfort. It takes a bit of trial and error to get this right – but if you are patient – it will really pay off.

As this is a Window VR headset, you are tied into the WMR environment. So, you will be disappointed as ever by the lack of content. However, the hope is they will install a SteamVR plugin and so you will be able to jump into its environment soon enough. But before you disregard the WMR environment completely, it is an impressive VR dashboard and does allow seamless use with either the controllers or the keyboard and mouse. It is also an excellent virtual monitor and has roughly the same resolution as the standard physical monitor too.Therefore, it is easy to read and navigate around, even with the slightly laggy laser pointer. What tends to limit productivity is the reduced Field of Vision, which means you are likely only going to be keep the productivity as a possibility until there are further improvements.