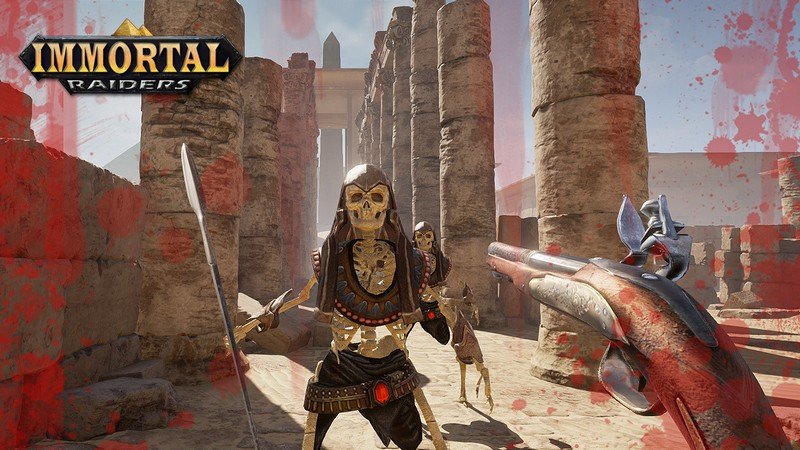 Released Jul 2016
“The things I’ve lost, I myself must take them back.” With these words, the Viking Queen Mary awoke from her worst nightmares, fires of vengeance rising in her eyes. “It is a ghostly power of unpredictable mystery.” The flaming sails behind her back bewildered the queen: who were those enemies that ransacked the ships, slaughtered the soldiers, and plundered the treasures? It was the most mysteriously uncrackable case in the pirate history of the 19th century. Since then, the legendary Viking Queen Mary began to travel around the world searching all the ancient ruins to take back what originally belonged to her. Immortal Raiders, a dynamite video game that fantastically combines adventures, puzzle cracking and gun shooting, now lands upon the HTC Vive with the UE4 engine, a realistic landscape system, enemies swarming from unexpected directions, classic gun fires and exhilarating shooting experience. All is combined in just one game to blow up your enemies.