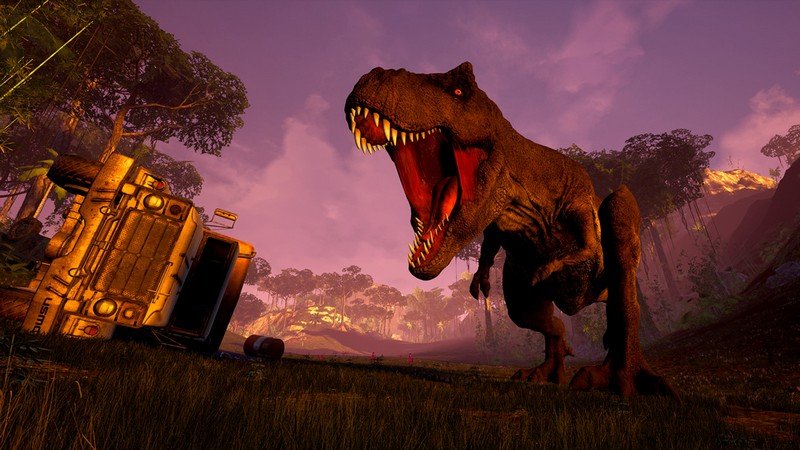 Released Sep 2016 3.6★
Island 359 is an Early Access (in development) Virtual Reality action survival game for the HTC Vive. Players will use the guns, melee weapons, upgrades, explosives, and other tools found on the island to survive for as long as they can against hoards of dinosaurs, as they explore the increasingly dangerous island! You’re a mercenary, and the money’s no good to you if you’re dead, so you’re going to need to get back to the chopper for an extraction if you want bragging rights and a fat bank account.

You step off the chopper and into the sweltering heat of the jungle, grab your gear from the old loot drop, and head off in search of fame, fortune, and prehistoric beasts. Nobody knows exactly why dinosaurs have shown up on this remote jungle island, but you know you can take them out. You’ve been hired as a mercenary to kill as many of these things as possible, and the good news is the checks have all cleared. 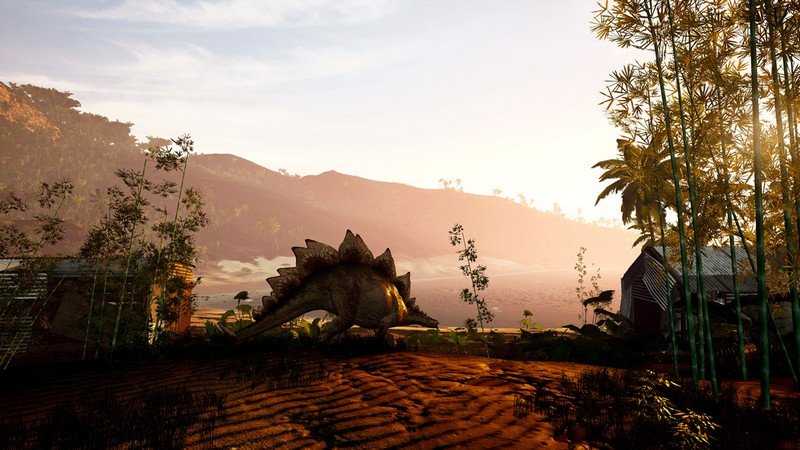 kikosemailaddress
Jun 26, 2018
★★★★★
This games is TONS of fun! The majority of my family and friends have played this and we all loved it. Most people get scared at the dinosaurs, which is a ton of fun not only for the player but for the audience as well. I tried it 2 times with the subscription but I finally made up my mind and will buy it the permanent version. The graphics could improve, but the game overall is terrific. Would definitely recommend!

Greenlit
Jan 20, 2018
★★★★★
Island 359 has a lot to offer. The Mercenary Mode is outstanding, and the tension that the developers managed to create is unmatched in almost every other VR game of this type. They’ve also done a great job with the gunplay, making the weapons feel different and unique depending on which one you are using. If you’re into dinosaurs and lots of action, Island 359 belongs in your VR library.

I was able to launch the game and play a mission with the Oculus Rift + Touch Hardware. It even had the Touch controller models in game!

Some of the movement settings don’t work perfect on the Touch controllers, but I was able to find a usable setting from the many available options.

Finding
Apr 15, 2019
★★★★★
Made me jump and back into my wall, LOL. This game is surprisingly fun and immersive. You hear the blood curdling roar and foot steps of something huge and find yourself looking back and forth frantically to get a bead on its head when it bursts thru the brush, with hungry teeth glaring! Fun game!

Filip
Dec 28, 2017
★★★★★
I personally love this game so much, but to be honest there is still lot of work to do. It has really a great potential to be one of the best games for vr just keep going guys! (add some weapons, campaign would be really awesome as I really enjoyed the “tutorial” mision)

Dankey Kang 64
Oct 24, 2017
★★★★★
Awesome game for early access. The production value really blew me away, it’s basically like I imagined it would be when I used to play with Jurassic Park action figures. I got it under subscription for the month trial and I am absolutely going to be purchasing it when my trial expires. The game has good legs and it’s only in early days still.

Justin
Jul 17, 2019
★★★★
Very fun game for VR. There were a couple of times that the dinos scared me, which is great. Only reason it’s not four stars is a couple of glitches.

Merc mode is pretty fun. Hunting big dinos with a bow and arrow is crazy awesome. The survival mode is also pretty cool, but the lack of any sort of decent inventory size bothers me.I understand it’s how they want it to be experienced, but I feel like I’m missing out on some of the fun mechanics by not being able to store more things for crafting, etc.

Sometimes I would get stuck on top of a tower with no way to move. This happened several times.

A raptor spawn occured that resulted in some sort of physics bug that started shredding the frame rate making it a very horrible experience for a short while. 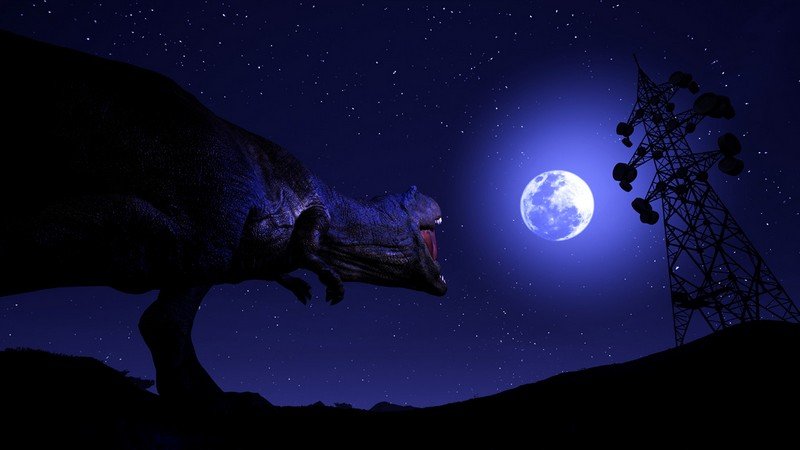 Colin
May 09, 2019
★★★★
So far I’ve only played on it for a couple of hours but I must say it’s better than I was expecting it to be! There is a choice of movement types (sprint teleport is default and best in my opinion). GFX are not going to blow you away but are acceptable. So far I’ve only come accross the smaller dinos (you do get to see a T-Rex for a short time in the tutorial bit though). Doors can be slighly annoying to get through until you get the hang of it.
Maybe I missed it when setting up my character but being left handed there didn’t appear to be an option to switch the gun from the default right hand.
So far so good….

Ben
Apr 27, 2018
★★★
The AI of the dino’s isn’t quite as I’d hoped. For example – in the tutorial as a stegosauras attacked me I teleported away and it got stuck moving jerkily in circles around a tree..

I like what is being worked towards here, seeing my first VR T-Rex is certainly a thrill! But where the uncanny valley is concerned, something seems to have unfortunately survived.

Joseph
Jan 02, 2018
★★★
Game is good if you enjoy mostly pistols. It needs a lot more of guns, like say LMGs maybe or heavy duty big machine guns. I mean game has much potential just needs alot more of guns and stuff to do in it. Also of course needs a lot more kinds of dinosaurs to attack and maybe a few maps, a lot bigger and open with tons of massive dinosaurs or many small ones. Other then all of that game is fun, I had not much any issues with it other then what to do at first and annoyed with little kinds of guns with the ammo included but I am sure that’ll change in the future updates and hopefully lots more to be added into the game that would be certainly fun in later updates.

Carl
Oct 20, 2019
★★
This has a lot of potential and I appreciate the effort put into having a fully rendered character and all the movement options but my god this game is buggy. Only played for 10 minutes and in that time the tutorial broke when I picked up the first ammo box so got stuck up a tower and had to restart. Then tried the survival mode and within 2 minutes of getting off the chopper my backback got stuck in my characters chest and I couldn’t open it.

Jonathan
Jul 08, 2019
★★
The tutorial looked really promising, and the game does have some really immersive systems. (Like the inventory, scavenging and crafting) I was fully ready for the survival experience!
Unfortunatly there are some major issues that completely ruin the experience for me.

1. Altough the game allows you to save, as soon as you die it wipes your save file and you have to restart! I also had it crash on me which wiped a lot of my progress.

2. The survival world is weird and has no clear goal or difficulty progression

3. The inventory is way to small. The backpack can actually carry less than would be phsically possible. (The excact opposite of what 99% of games do.)

Joe
Nov 30, 2017
★
Game does not display in VR, only displays on a monitor, while the in-game view is an empty space. Once I switch the game to something else, it displays properly in VR, so it has to be the game itself.