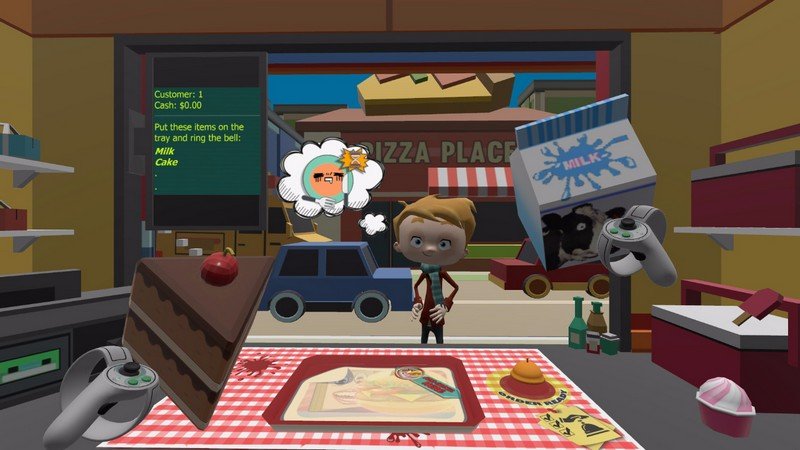 Janus VR is an immersive and collaborative internet browser. Named after the Roman God of passages, Janus VR re-imagines webpages as multi-dimensional spaces, linked by portals. Users experience 3D models, animations, spatial audio-video, and amazing data visualizations built as webpages, in an intuitive VR context. Any current webpage, hosted anywhere, can be viewed in Janus VR. Users enter Janus VR in a private homepage called the “pocketspace”, that is their dashboard to the immersive web, with portals to popular or bookmarked webspaces, and other people online. Opening these portals allows users to embark on an endless journey, literally walking or flying through the internet, with others or on their own. In social mode, user avatars at the same webspace, can see, talk, chat and interact with each other. Users in party mode can even broadcast their movement in cyberspace. Our growing user-developer community has built thousands of diverse webspaces for users to explore with content ranging from art to architecture, education, games, and live entertainment. These experiences can be built and edited in Janus VR itself, using both spatially tracked game controllers and keyboard-and-mouse. Janus VR is a powerful combination of web content, VR and the collective imagination of our users.

Navin
Jul 10, 2017
★★★★★
It was only yesterday that I was suggesting someone using HTC Vive VR that is it possible to have more than one people at a space.
I have my answer now.

Dude
Jan 15, 2018
★
I’m surrounded by a list of files. Clicking on them seems to show me the same scene into which I cannot go. No idea what to do. As of Jan 2018, it seems to be under development.

Gwinda
Dec 01, 2017
★
I have tried to use it with VIVE, terrible control and mouse point&click doesn’t work. Background image in all VR rooms have the Left & Right eye switched compare to the rest in the room.
A more apropiate name for this would be AnusVR.

Doug
Jul 14, 2017
★
Launched into a stonehenge of the program’s root directory. Nothing to do. Seems broken.

phoenix
Nov 15, 2019
★
this is so broken, i can barly teleport around without falling throgh the ground