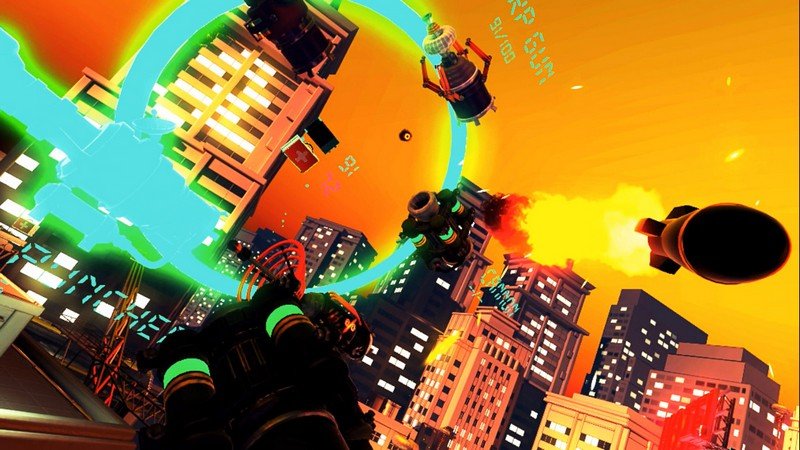 Released Apr 2016
Play as Jeeboman in this fast paced retro arcade shooter built ground up for room scale VR. Save your city from waves of invading robots and dish out destruction with a full arsenal of futuristic weaponry. Jeeboman has at his disposal 5 unique high powered weapons. The weapons will look familiar, but you’ve never been able to use them like you will be able to in Jeeboman. Rocket launchers, hand cannons, lasers, teleportation, and shotguns can be dual wielded in both hands through an intuitive weapon wheel designed from the ground up in VR for the fastest weapon switching you’ve ever tried. Jeeboman offers an hour of gameplay that will take you from your city to the invader’s UFO. Players will experience about 45-60 minutes of action in either easy, normal, or hard modes. It’s an assault on the senses and anything longer would be punishing