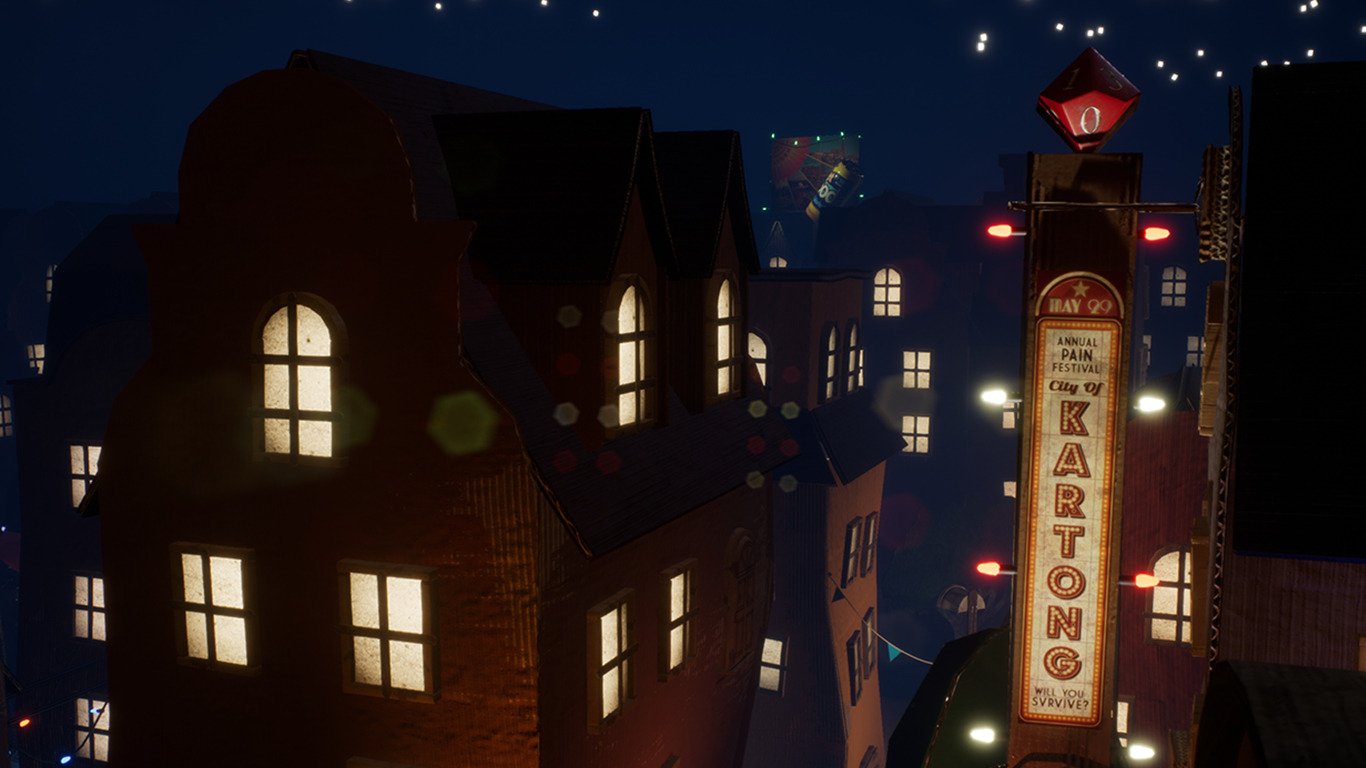 Released Oct 2017 3.2★
In a twisted world best described as ”a miniature cardboard city turned into a malicious science experiment”, you find yourself captured against your will by an oddly charming but mysterious YouTuber that goes by the name “Sven” in the deadly city of Kartong. Your life now depends on mediocre office supply-weapons and your every move is being filmed for his YouTube enjoyment – a truly odd experience, all wrapped up in challenging stealth/FPS gameplay. And oh, did we mention that you’re shrunk to the size of a toilet paper roll? Yes, you’re small… very small.

Kartong – Death by Cardboard! combines the cuteness of scary toys with the charm of paper cuts – all wrapped up in challenging miniature/stealth/FPS gameplay (that’s a legit genre, right?).

Life never gets easier!
So, you managed to find your way out of the city? Well, it ain’t over yet pal. Kartong’s many difficulty levels will push you to the limit of your own madness. We would say “Prepare To Die”, but that’s a bit cliche now ain’t it?

Become the ultimate maze-warrior!
Kartong features a a local high score system for each difficulty as well, with seeds to control the map. So now you can challenge friends for the best scores, get the sweetest upgrades and show off your rarest loot!

You like watching them and so do we!
With Kartong we’ve figured out a way to put your favorite influencers into the deadly cardboard world! Custom-made “Co-Labs”-maps will monthly feature different highlights that you can easily enter and play to your heart’s content.

A game jam gone horribly wrong!
After launching our previous title SVRVIVE: The Deus Helix, our dev team held a “lets-go-bonkers” game jam to blow off some steam. Obviously troubled by some very disturbing thoughts (disclaimer: we blame office air pollution), our team came up with Kartong. And once conceived, we had no choice but to bring yet another unpronounceable game to the world.

Octu
Nov 05, 2019
★★★★★
The reviews here are being unnecessarily harsh. There are a couple minor design flaws with the game, but none of them ruin the experience, which is a beautiful and creepy arts & crafts horror dungeon crawler with a fantastic sense of atmosphere.

Greenlit
Feb 28, 2018
★★★★
My favorite thing about Kartong – Death by Cardboard! is that every mistake, every failure, every death feels like it’s my fault—like I’ve missed something along the way. This is something that a lot of puzzle games fail to do, and I think it makes all the difference as you try to navigate the creepy passageways of Kartong. A guilty pleasure, indeed.

11alekon
Jun 10, 2018
★★
don’t know if it just me or not, but I could not actually play this game as it was intended. At the start of the game, it shows me to use the trackpad to move.
however, when I try to “move” it doesn’t, well it does but at 90 degrees to the right of where I am pointing, very complicated way to move in this game.
also, I have no hands to grab things with (not sure if that’s intended or not)

I am willing to retry this game again when it fixed 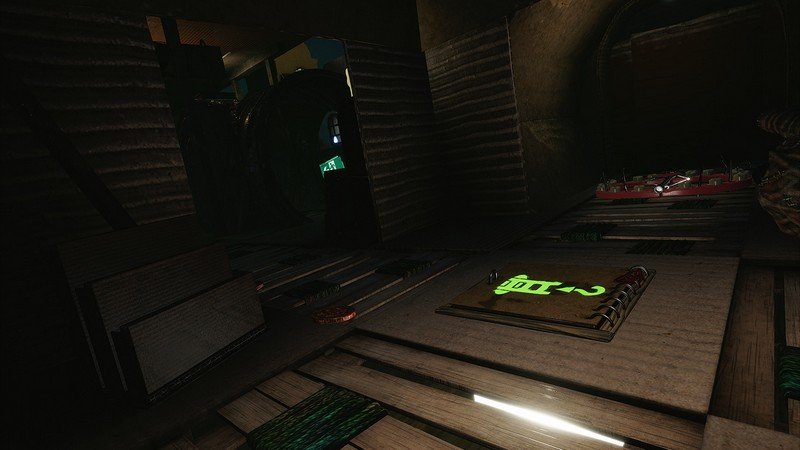 BigFunDad
May 06, 2018
★
First off, why not try to provide some CLEAR instructions? They way it throws you into the game with chalkboard “tutorials” is ludicrous. They fail to convey much, leading to immediate frustration. For example, in tutorial you are shown how to disable a mouse-trap, but you are not able to interact with the one right in front of you at all. Also, they try to instruct you how to disarm traps, but the one right before you, you can’t do anything. Lack of solid game play instructions/what this game is about (or how to play) from the onset is enough to immediately put you off this game. I was so frustrated by the time I actually figured out how to get to lvl 1, and then kept dying right away because some strange cone-head creature kept appearing behind my back was absolutely NO fun. I’m still not even sure how to play. Total failure to engage the game to players at onset.