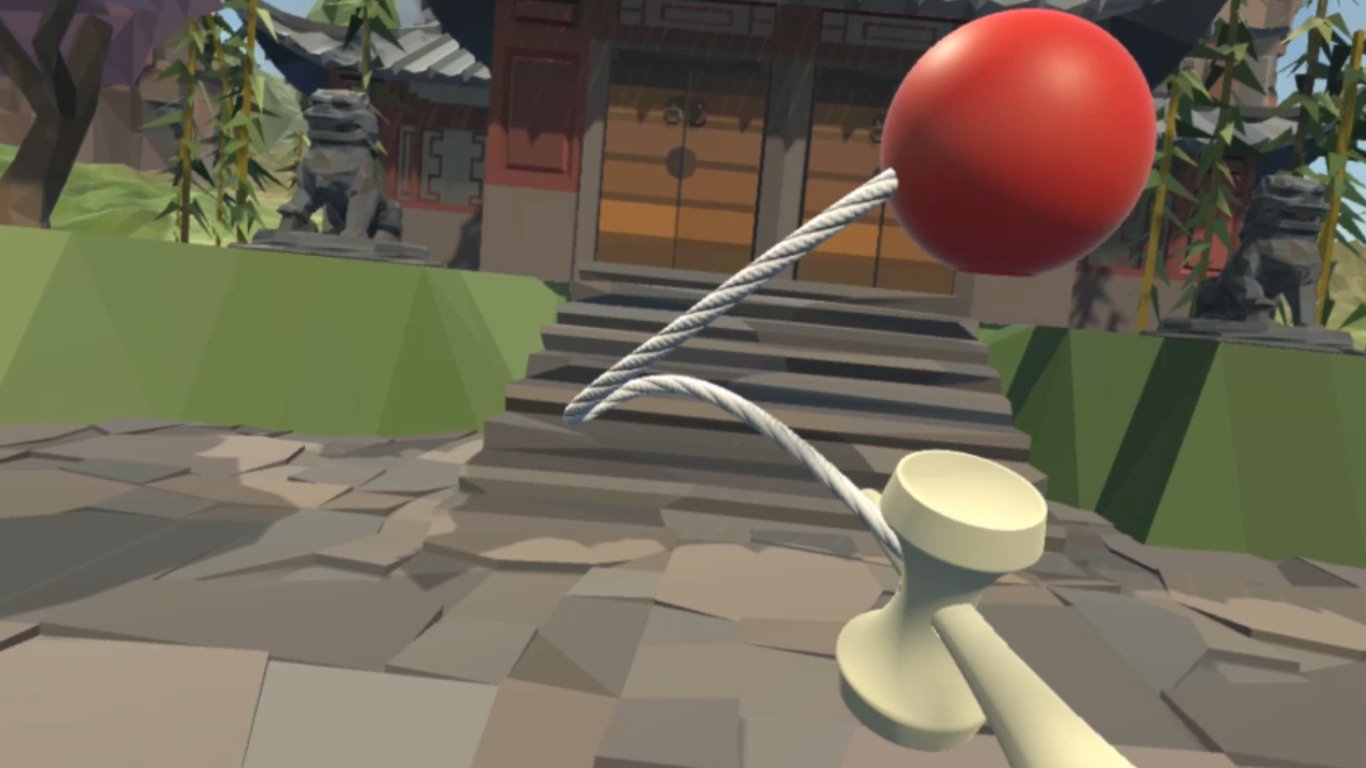 What is a Kendama? The Kendama is a traditional Japanese skill toy dating back to the 1700s which has recently gained a huge following worldwide. Comprising of a ball, three cups and a spike on which to catch it, the Kendama may seem simple at first but offers near unlimited scope for play styles and tricks.

KENDAMVR Brings the world of Kendamas to virtual reality for the first time! Practice tricks and catches in a number of relaxing zen environments, or test your skills against various time trial and trick ladder challenges!