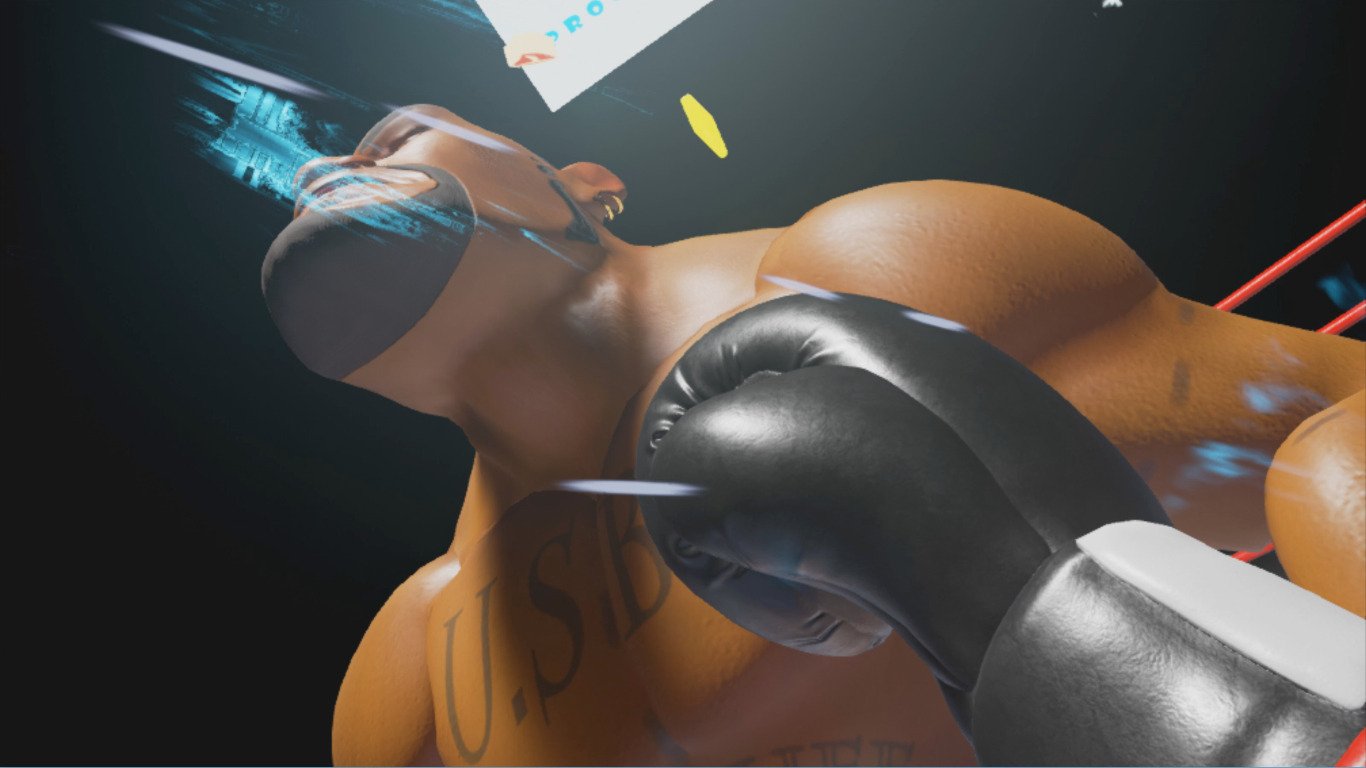 Released Feb 2017 4.0★
Welcome to the Knockout League, a single player arcade style boxing game built from the ground up for Virtual Reality. Its intuitive gameplay involves moving and dodging with your body and 1:1 punch movement that lets you attack how you want without relying on buttons for main gameplay. Train up with various boxing drills to take on a crazy cast of characters with different fighting styles and gameplay in order to become the champion of the Knockout League!
(also playable on Oculus Rift) 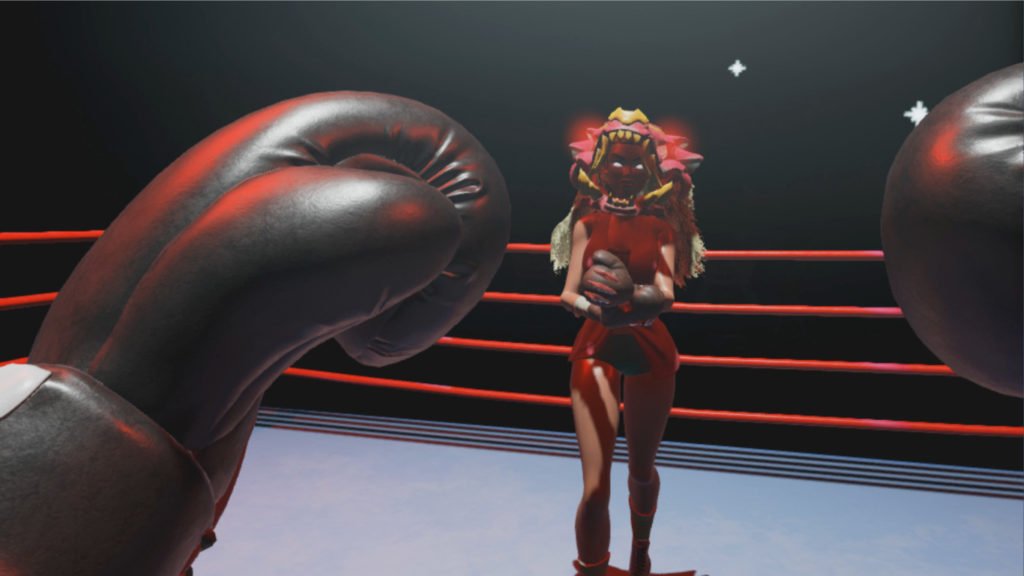 Boba Fettuccine
Feb 24, 2019
★★★★★
This game is so much fun and great for getting a workout. In the evening I like to get a workout by doing the endurance training. This game really makes me sweat!

Salient Simon
Feb 21, 2019
★★★★★
The first “fitness game” that actually gets my heart racing significantly. If you’re sceptical about fitness games like I was, this one will change your mind.
Doesn’t hurt that the game is a decent clone of Punch Out. The game can be stupidly hard though, which is good since it is a fitness game.

Spencer
Oct 27, 2017
★★★★★
Great game if you want to work up a sweat. Complete with the calories burnt at the end of each round. The fighting is based heavily around countering combos, which gives it a very arcadey feel.

Journi
Oct 02, 2019
★★★★★
This, Virtual fighting championship, and Creed: rise to glory, are the games that keeps me playing VR. Knockout league is less sophisticated, more arcady and plays more like a pacing game. If you want better “fighting game” you should check the other 2. But this one brings you simple and straight forward exercise.

Matthew
Apr 30, 2019
★★★★★
My absolute favourite VR game so far! Think of it as Punch Out Wii in VR, as opposed to ‘realistic’ boxing. It tests reflexes, a bit of pattern recognition, and of course your willingness to duck and weave!

The opponents are numerous, well-made, and highly varied in outward design and gameplay. I always appreciate when a game can produce a wide variety of interesting situations using simple gameplay principles.

There’s a lot of content to the game, the character animation and voice acting is great, and it’s a wonderful workout. You WILL work up a sweat, in a good way.

Mr
Dec 22, 2018
★★★★★
First VR game I played on the OG vive, and now running it on a Pro it still is one of the most immersive and challenging games for VR. I start playing and and stop when Im too tired to fight another match or train. It really showcases the depth of VR content and how you can play video games and not be lazy, but actually push yourself physically.
That deserves 5 stars.

Sean
Sep 06, 2018
★★★★★
Great game. Both training and fight mode are fun. Great cardio workout. Takes about 2 round to sweat. I haven’t completed but will. With default strap, my Vive would slip when dodging. Delux audio strap fixes this (but really needs to be included with Vive). Graphics look good. I have no complaints (if being super picky, speed bag could use timing work but it’s still cool). Definitely a change from shooters, archery and chat. Good at $30, can’t pass up when on sale. Now if only multiplayer was possible… 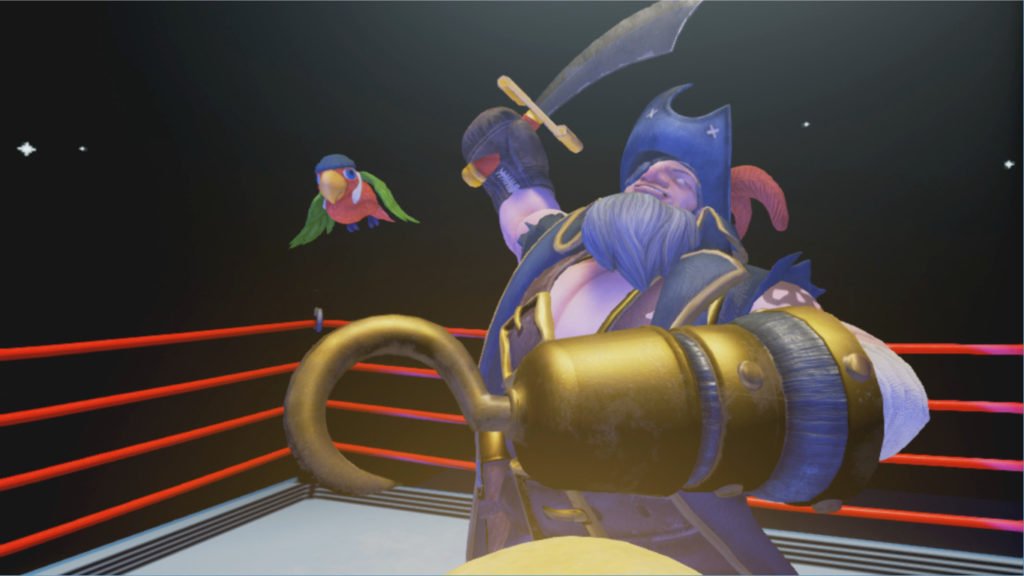 Antti
Jul 07, 2018
★★★★★
Really well made game that is obviously inspired by Punch-Out. The matches work in a similar way where you’re supposed to learn patterns to react to so it’s not realistic boxing and maybe not everyone’s cup of tea. Great game and a great workout.

brikeibur
Jul 04, 2018
★★★★★
This game is awesome, it looks so polished. I’ve only had one fight so maybe I should give it some time but I can’t see how someone would not enjoy this!

Greenlit
Feb 23, 2018
★★★★
Bottom line, Knockout League is a wonderful take on video game boxing because it takes liberties with the sport. The roster makes each battle feel fresh and unique, forcing you to learn as you climb the chain to greatness.

Mitchell
Oct 04, 2017
★★★★
The opponents in the boxing matches could be better. It’s very much a game of counter punching after they miss their unique attacks. But aside from that it works very well. The gym training stuff alone is worth it by itself though. Particularly the reflex training. It’s fun, and you’ll work up a good sweat doing it.

Alexander
Apr 13, 2019
★★★★
Very fun! The graphics and animations are amazing! I’m giving it 4 stars only because I think the combo system can be improved more. There were many times that I swung a punch faster intending to end a combo but it didn’t, some sort of way to track momentum based on the other punches used in the combo to decipher if it’s a finishing punch would be a cool thing to add! All in all a very fun game and would definetly recommend.

Dan
Oct 04, 2017
★★★
This game seems great for what it is. Think Mike Tyson’s punch out where you use your torso and hands as the a and b button. The game tracks your leans as simple tilt inputs, so you need do one of four “dodges” within a time window or take damage. I’m not sure if I have broken controls because of my height but I cannot input whatever the game wants to progress past a certain point – “the finale” in game parlance. I’ve watched videos on how other people do it but I just can’t. It seems like during calibration the game decided I needed to be way further over than normal and now it’s impossible to run across the room fast enough. I feel like this game would be MUCH better with actual hit boxes. I realize that the tech is maybe not there yet but . . . when it gets there, hit me back up and I’ll try another boxing game.

T
Aug 02, 2019
★★★
Fairly polished, but too rigid. Fighters go through routines of the same moveset, waiting for you to counter them. Any regular punches will do nothing, so you must block or dodge in order to counter and progress. Blocking would be good, but block fatigue makes it useless almost immediately. It’s too hard to tell what you are doing wrong most of the time. And adjusting the play area is too rigid as forwards and back. You can’t easily move the center to any side.

Putty Patroller
Feb 19, 2018
★★
The presentation is great. But the gameplay just isn’t fun. You need to dodge until your oponent makes a DURRRR face, which is the short window where punching them 3-4 times will work instead of doing nothing. Then you wait for their overly-long taunt animation to finish, as they lumber back into place. If you mess up the dodge, you don’t get the DURR face to hit.

Sometimes, you can hit them when they are not in DURRRR face. But It’s much less frequent. And the big long vulnerable looking wind ups your opponents make? Yeah.. can’t hit them there either. The game is on-rails and doesn’t react much to what you do. So after you learn the patterns there isn’t much reason to keep playing.

Kye
Apr 19, 2019
★
Thought I was getting a boxing game… Instead I got some shitty ass arcade bullshit with almost the worst mechanics I have EVER seen in a video game. I’ve watched UFC and boxing for years, so I know a thing or 2. But seriously, this is garbage. Every fight is just a “boss battle” where the fighters have 3 differenct stages. When they leave their faces WIDE OPEN, you throw a jab and they instantly block it. Also, when they’re doing their “special” move, it’s an ANIMATION. Your only option is to block or dodge. Like you can’t counter AT ALL. They just turn invincible while doing it. Also when they throw their stupid slow motion huge wind-up predictable punches, I throw up a damn block, lightning fast, but then because of the stupid block timer where you can only block for like 0.2 seconds, I get the cooldown where I can’t swing. Just incredibly stupid design made for fat 50 year old men.