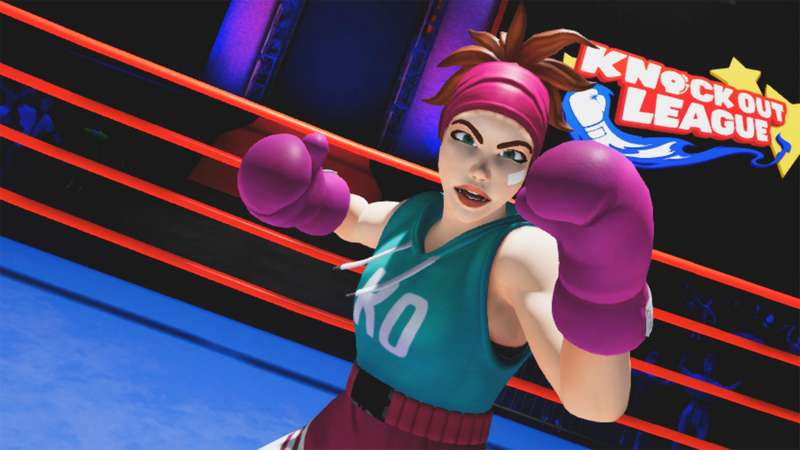 ★★★★★
Fantastic boxing Game!
I have played this game a few times and each time it gets better and better.
The scenery is amazing.
The audio and graphics are the best I’ve seen in this type of game.)
Having only played for a few hours I’m nowhere near completion which is fantastic. 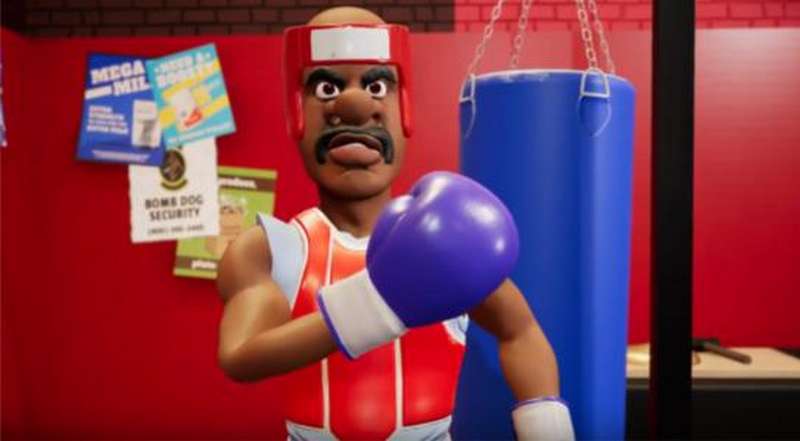 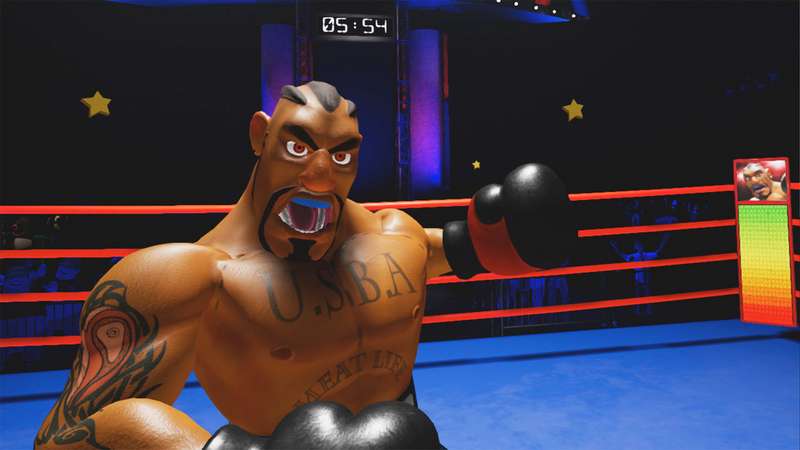 •Simply stunning game, you have to play it

What other players are saying about this game:

Boba Fettuccine – ★★★★★
This game is so much fun and great for getting a workout. In the evening I like to get a workout by doing the endurance training. This game really makes me sweat!
Salient Simon – ★★★★★

The first “fitness game” that actually gets my heart racing significantly. If you’re sceptical about fitness games like I was, this one will change your mind.
Doesn’t hurt that the game is a decent clone of Punch Out. The game can be stupidly hard though, which is good since it is a fitness game.

Very good, you can punch people you know where 😉

One of the few AAA VR Games; Knockout League will definitely make you sweat.

Phil – ★★★★★
This is the only one i bought from sub so far. Love the training modes, get a real work out.

Spencer – ★★★★★
Great game if you want to work up a sweat. Complete with the calories burnt at the end of each round. The fighting is based heavily around countering combos, which gives it a very arcadey feel.

My absolute favourite VR game so far! Think of it as Punch Out Wii in VR, as opposed to ‘realistic’ boxing. It tests reflexes, a bit of pattern recognition, and of course your willingness to duck and weave!

The opponents are numerous, well-made, and highly varied in outward design and gameplay. I always appreciate when a game can produce a wide variety of interesting situations using simple gameplay principles.

There’s a lot of content to the game, the character animation and voice acting is great, and it’s a wonderful workout. You WILL work up a sweat, in a good way.

fish – ★★★★★
Wow, if you are thinking of getting this game. DO IT!! Every wanted to play punch out, but be little mac? Now you can! every. Single. Charcter. In this game is amazing! (Maybe except for the tesla guy, hah nerd.) Also, such a workout! Everytime I take off my vive, I feel good. Play this!

First VR game I played on the OG vive, and now running it on a Pro it still is one of the most immersive and challenging games for VR. I start playing and and stop when Im too tired to fight another match or train. It really showcases the depth of VR content and how you can play video games and not be lazy, but actually push yourself physically.
That deserves 5 stars.

This game will wear you out but is a real good time. It takes a while to figure out each fighters tells and moves. I would play for about 15 – 20 minutes at a time and cool down. This game is all about patterns.

Sean – ★★★★★
Great game. Both training and fight mode are fun. Great cardio workout. Takes about 2 round to sweat. I haven’t completed but will. With default strap, my Vive would slip when dodging. Delux audio strap fixes this (but really needs to be included with Vive). Graphics look good. I have no complaints (if being super picky, speed bag could use timing work but it’s still cool). Definitely a change from shooters, archery and chat. Good at $30, can’t pass up when on sale. Now if only multiplayer was possible…

This game is awesome, it looks so polished. I’ve only had one fight so maybe I should give it some time but I can’t see how someone would not enjoy this!

Wow, this is awesome. didn’t expect much of this cartoony fighting game, but from the moment I started the game, I saw it is more than just a funny fight game, it’s a real workout. After 15 minutes I took of my T-shirt cause it was soking wet. be sure u have a second soft thingy for the vive that covers ur face (don’t know how to say in english), cause you’ll need it after this game. you’ll have to clean the one u used for sure.
thanks for making this game, love it!

It’s pretty amazing how similar this feels to Punch-Out, and it’s really well done, and despite all the great things anyone can say about this game… I just don’t like it. Something about VR makes me want a more realistic experience. I don’t have that same separation between game and reality that I have when holding a gamepad and staring at a TV screen. This really is a great game, but understand that in the end you’re translating movements into button-equivalents. It all reacts to your movements in a realistic and convincing manner, but this game could just as easily be played with a SNES gamepad if it was an option. Don’t expect a “VR” experience, just expect a cool video game reimagined in VR.

Alexander – ★★★★
Very fun! The graphics and animations are amazing! I’m giving it 4 stars only because I think the combo system can be improved more. There were many times that I swung a punch faster intending to end a combo but it didn’t, some sort of way to track momentum based on the other punches used in the combo to decipher if it’s a finishing punch would be a cool thing to add! All in all a very fun game and would definetly recommend.