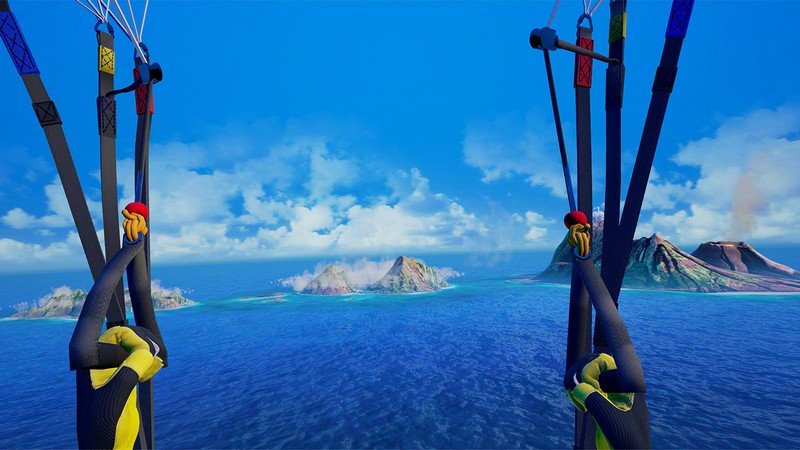 Released Nov 2016 2.4★
Visiting Hawaii as a tourist is amazing. But when you get to “Let Hawaii Happen” with a local as your guide, it’s a totally different experience. Start by paragliding into an island of your choice. Then, upon landing, a local will give you the most personal tour of their island – virtually speaking. 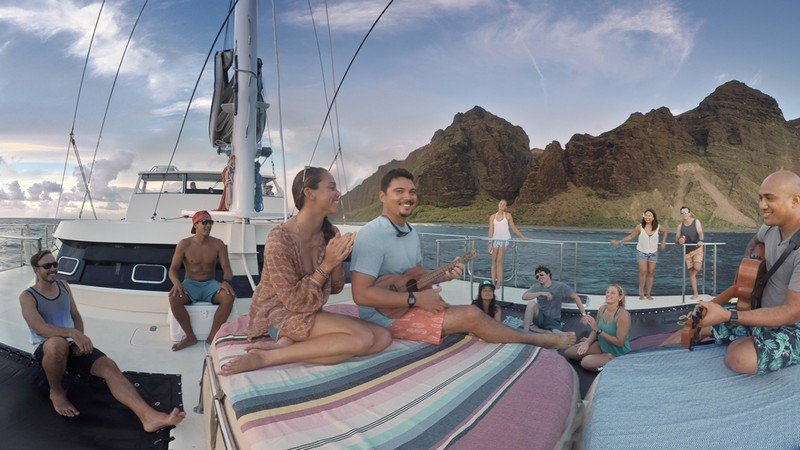 THOMAS
Nov 20, 2016
★★★
It didn’t feel like a great VR experience. It was more like a oceanside home movie experience.The paraglide was ok,but lacked little control except to veer left or right , and the graphics of the ocean and island looked less than gorgeous.I would loved to have traveled in VR ,along the coastline of Maui , or any other island,or taken a jeep ride in the interior to a volcano or something,but this was more centered on a group of people you don’t know,hanging out. I don’t believe MOST people go to a place like Hawaii to meet strangers on a boat. A VR experience of the true and natural beauty of the Islands,its coastline,beaches,nightlife,exotic wildlife etc., would be a great seller . I’m sorry this was not that good in my opinion.

kesketufou
Dec 11, 2016
★★★
I was not really satisfied. Just the paragliding experience was great (Through the vibrations of the joysticks)

Stephen
Nov 24, 2016
★
This had very limited exposure to the islands. Not immersive at all and selection of locations had a big part to do with that. One big problem I had with this (aside from the cartoony paragliding part which was also not immersive) was that there was no control. I wanted to jump out of each island experience but you’re stuck. As I got bored with one island, I couldn’t do anything but wait through it. Each island only has one experience which is very limited and has no real sense of scale. It’s kind of like looking at a lo-res 360 video on a flat screen. Oahu was defnitely the best but I expected we would get to see more than one thing at each island. It’s basically a video player with five videos and no controls.

Akshar
Dec 05, 2016
★
I hope this review helps someone!:::
Don’t even bother downloading lol, i know its for free but still!

1) You paraglide to to an island of your choice.
2) There’s 4 islands
3) You cant really control the parachute, its just left and right!
4) you don’t land! you get close to the island (around 500m lol) and a 3D video starts.
5) You cant do anything once the video tour starts, just stand for a minute or two(max).
6) video finishes and you’re back in the sky!
7) repeat from step 1.

really not worth the download. but that’s my opinion.

Finding
Aug 23, 2019
★
As a powered paraglider pilot, I was VERY EXCITED to see this title! But that excitement lasted up until I got into the game and realized the controllers were reveresed. No big deal right… shut down the controllers and restart, right first, then left. BACKWARDS again! Go into the menu, no option to swap to left to right. So just swap the physical controllers right, WRONG!! Ok so here’s my issue… If every title forced a control scheme different from the regular format, we would have to constantly swap controllers! MAJOR PAIN! I personally have mine labeled because vive has the thing were one stops vibrating and I like that one in a particular hand.. thats my thing and I shouldnt have to change it to play any game. Besides, No computer simulator or game can match the feeling! Sadly, instead of a raving game review, I leave you with this. Deleted