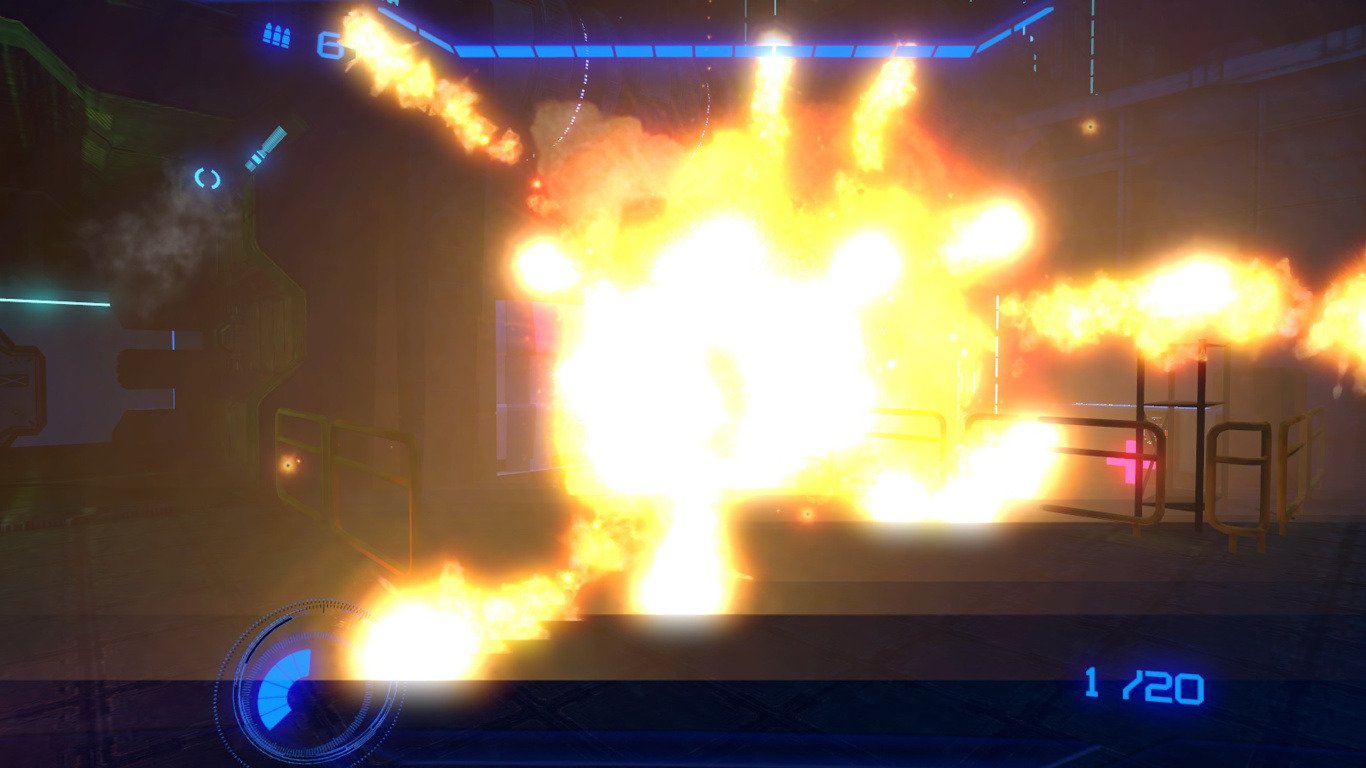 Released May 2016
Mind Unleashed is a first person Sci Fi shooter game specifically designed for Virtual Reality. You are a robot that is trying hard to survive in a secret military base, inside a rocky mountain. Rocks and futuristic stuff will surround you in this epic challenge where you’ll need to survive as long as possible, fighting hordes of robotic enemies. Pick up very advanced weapons, take cover and wait the right time to destroy your enemy and play with strategy if you want to survive! In Mind Unleashed ARENA there are 15 waves of enemies to defeat in order to win. Each waves will be progressively harder with more robots and/or stronger robots with different weapons, aesthetics, speeds, damages, health and special abilities. Choose the class fit best your skills: Engineer, Assault or Specialist. Each skill offers its own play-style with 2 different abilities. If the player destroys all the enemies of a wave, an alarm will alert him that a new wave is going to be spawned. The player has 10 seconds before the new wave spawns. They can take advantage of this delay to find health packs, ammo etc. The main objective of the game is to reach the 15th wave of enemies and defeat the last boss.Of course the game will allow unlimited game play after victory. As other objectives that could help the player to accomplish the first, Special “rooms” are available that have inside 2 or more health packs and weapons for a quick restock. Since the game natively supports VR headsets like the Oculus Rift, we’re making sure the game is as immersive as possible, motion sickness free and comfortable. We’re adopting a smart UI system to make everything readable within the VR headsets. We also paying particular attention to make choices that perfectly fit and surprise the player while playing in VR. This means that we’re trying to make the game as spectacular and interesting as possible, also on a visual side trying to encourage the player to explore each zone of the map and each area. The game is also optimized as much as possible to play perfectly smooth even on high demand VR headsets. Also, since the default controller for VR (Especially Oculus) is the Xbox game pad,we’re fully supporting the Xbox 360/One game pad AND the keyboard+mouse. However, the game automatically detects if an headset is turned on or off and it will start the game accordingly. Features STRATEGIC / STEALTH OR AGGRESSIVE APPROACHES Play both with a more strategic / stealth approach or a more direct one. Beware that you’ll be alone with waves of enemies, so in same cases be more silent could be a smart idea! DYNAMIC GROUND AND AERIAL COMBAT Hide between objects quietly or quickly fly in the air to destroy the enemies avoiding their shots, your choice! HIGHLY REPLAYABLE Re-playable almost ad infinitum, improve your previous performance and try to reach the next wave without dying. DEEP AND FUTURISTIC ATMOSPHERES Use your flash light if needed and enjoy this deep and futuristic atmosphere that will completely immerse you. 3 DIFFERENT AREAS 3 different areas to explore. You’ll be able to unlock them going further through enemy waves. Each of them have its own different style. 3 DIFFERENT CLASSES Choose from 3 different classes: Engineer, Assault or Specialist and use their special abilities to let you destroy them all! BOSS AND DYNAMIC AIs Fight against different kinds of enemy waves with different AIs and pay particular attention to the bosses. You’ll need to destroy them using more strategy and accuracy.