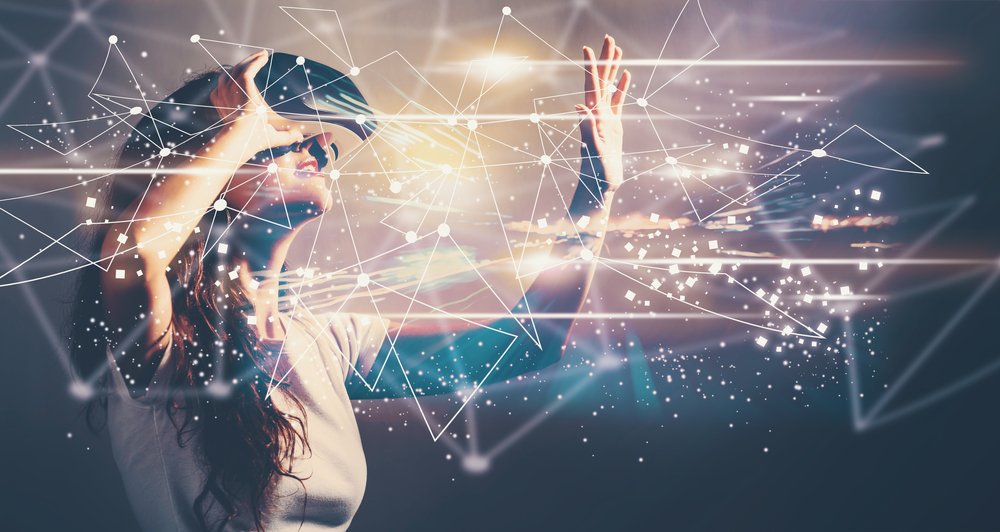 The beauty of a virtual reality app is that it doesn’t just show you something; it completely immerses you in a visual experience, bringing a view or an image or a place to life through your screen or through specific VR tools.

People often think that virtual reality is something that has only been around for the last few years with the development of smart technology and virtual tools, however it has in fact been around for a lot longer – with the earliest elements of immersive experiences dating back to the 1800’s where artists would create 360 degree murals. These murals would naturally position the viewer right in the centre of the piece and tell them a story that completely surrounded them – thus creating a static and very early example of virtual reality at its very core.

From there, VR only became more complex and more impressive in its presentation, with the first technology-supported examples of virtual reality being designed as flight simulators for new pilots. Later examples included the Sensorama (which combined visual displays with sound and scents to support the visual).

In this article we will exploring some of the most interesting virtual reality apps that are available in the 21st century, looking at what they do, how they entice and draw users into the experience, and why they have become so popular.

Why are virtual reality apps so popular?

Virtual reality apps present the user with an opportunity to become completely immersed in what they are experiencing, whether it’s a game, a movie, or a visual experience. The idea is to create the kind of surroundings that allow the user to feel as though they have placed inside the experience, taking away the separation between them and the screen.

Prior to the development of some of these apps, virtual reality was something that only the wealthy could really experience, thanks to the rising cost of expensive headsets and other tools required to bring VR to life. Now, with Apple and Android implementing and offering their own virtual reality apps and everyday users, VR is more accessible than ever before – and can be experienced on the go, from your smartphone.

Our pick of the most interesting Virtual Reality apps

We all know about Youtube, but Youtube VR adds the kind of dimension which allows you feel like you are genuinely there as the video is being performed and recorded. With features that include a change in sound tone depending on your angle to the performer, and the fact that videos can be viewed and explored in a 360 degree movement, this app brings Youtube to life in ways we couldn’t previously imagine – and makes all those cat videos a lot more fun!

The ultimate virtual reality app for those who missed international travel during lockdown, Orbulus is a gift to those who love to experience new environments and new surroundings on a regular basis – without having to go anywhere. Based on a very simple concept, Orbulus has been ranked by users as one of the Top 10 VR apps on the market, because it invites users to step into any scenario in any location and experience it as if they were there.

The name ‘Orbulus’ comes from the fact that users select single orbs in order to change their surroundings and experiences, with some of the most popular including a trip to Mars, a wedding day, fireworks in New York city, and the Northern lights.

A great learning tool, Google Arts & Culture takes the best of the world’s galleries and exhibitions and places them in one app – supported by audio tours, explanations, background research into artists and their works, and so much more. As a VR app, this tool brings culture and information into your home, not only uncovering art from around the world but also providing an option to explore museums and historical sites as well.

One of the best things about this app is the way it invites you to explore the places and pieces that you are most interested in, before guiding you towards other similar pieces and other areas that might interest you. Ranked highly by history and art lovers, and general users alike, this is immersive education at its finest.

Think of a place… any place. Well, now you can go there, with Google Earth VR. This is a particularly popular app with kids as they can literally transport themselves anywhere in the world, supporting education as well as exploration and the development of their natural curiosity. One of the things which makes this app particularly interesting is the fact that Google Earth have teamed up with other platforms to introduce guided tours and additional information relating to certain locations, for example National Geographic and NASA. This helps bring place to life in a more immersive sense for those looking to discover more about their favourite exotic locations.

We love this one because it lets you experience and bring to life some of the world’s most entertaining and thrilling roller coasters – without the queues, the entry tickets, and the stomach dropping sensations. Think of this one as an app which brings simulator theme parks to life, from the comfort of your own home – by letting you select which ride you want to try out and then inviting you to watch it play out on your screen. Paired with a virtual reality headset, this app becomes even more exciting and immersive.

If you’re looking for something a bit more thrilling than the real life VR apps, this is the ultimate immersive game – letting you strap yourself into a starfighter and fly through harsh space battles – all the while defending your vessel and your friends. A great example of gaming that is improved and brought to life by VR, with the Google Cardboard headset allowing users to drown out everyday life and lose themselves in the experience of the game.

If you’re starting up a new business, have been asked to give a company speech or talk at a conference, or are simply practising your wedding vows or best man speech, this is the ultimate tool for you. Virtual Speech puts you on a stage in front of a fully customisable audience, who are all there to act and react just like a genuine audience might. A good way of practising speaking in front of people, to get you used to all eyes on you and to help you work through any nerves you have in the comfort and safety of your own space.

Say goodbye to questions and uncertainties about the stars in the sky, with this VR app which brings them all to life on your screen. Watch the stars and constellations move and transform in real-time, and understand and identify different star formations with the help of guidance and information through the app. Another educational yet engaging tool which manages to make learning and development fun.

This isn’t exactly an app of its own, but more a tool which gives your smartphone the ability to utilise the make the most of virtual reality technology. It changes the viewpoint on your phone when using certain apps, and invites you to explore new environments, visit and walk around your favourite museums, and even create your own flower garden. Google Cardboard is supported by the Cardboard viewer which can be purchased and linked to your smartphone.

Most of these apps are completely free to enjoy, though some require or are bolstered by the use of a VR headset to give you the fully immersive experience.

Have you tried out some of these apps for yourself? Perhaps you know of some even more interesting ones that we haven’t covered? VR lovers we want to hear from you!