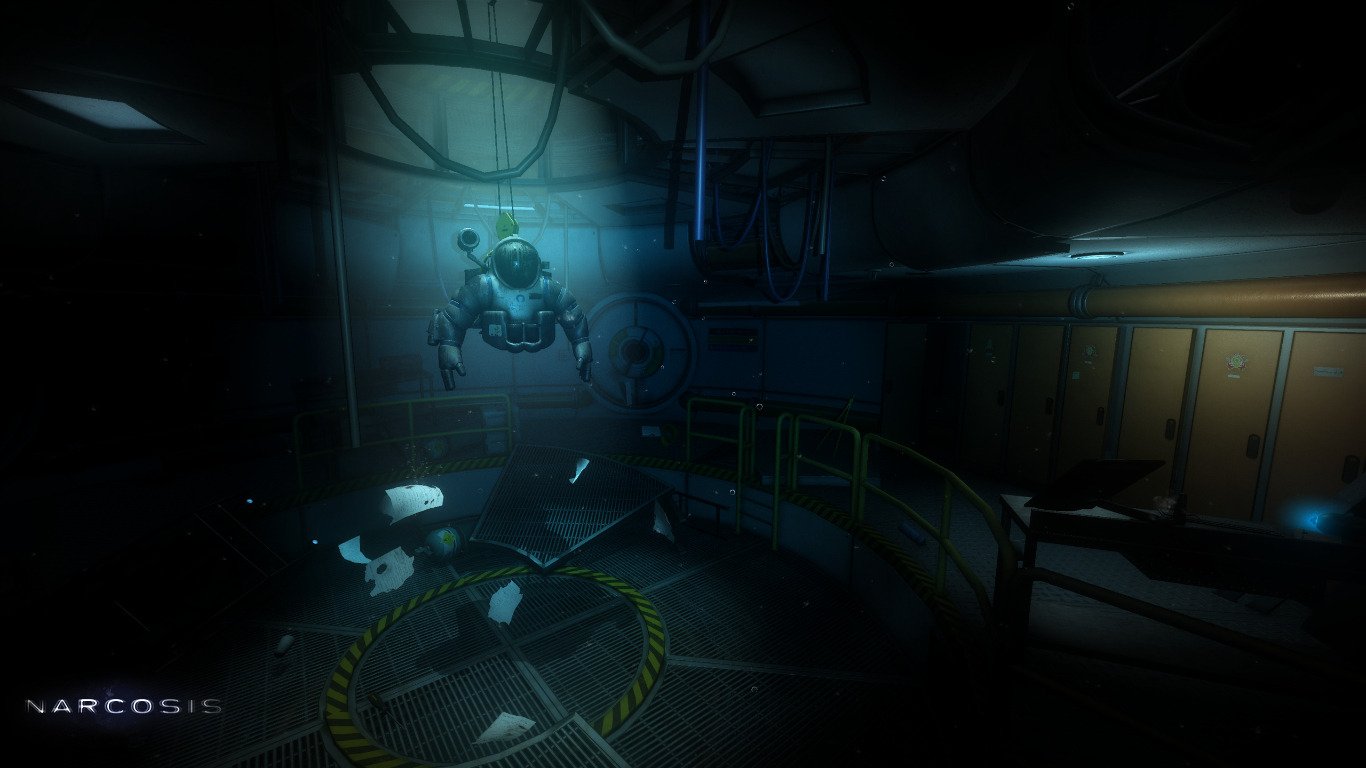 Released Sep 2017 3.1★
Survival, horror at the sunless depths of the Pacific Ocean. Stranded on the seafloor with low light and few tools, an industrial diver takes desperate steps to surface before his oxygen — and sanity — give out.

Conceived as a student project, this first person survival story unfolds following an industrial catastrophe, from inside a half-ton, high-tech dive suit — a “walking coffin.” Influenced and inspired by a growing appetite for unconventional horror and narrative-driven games, Narcosis is rooted in reality, but steeped in the surreal. 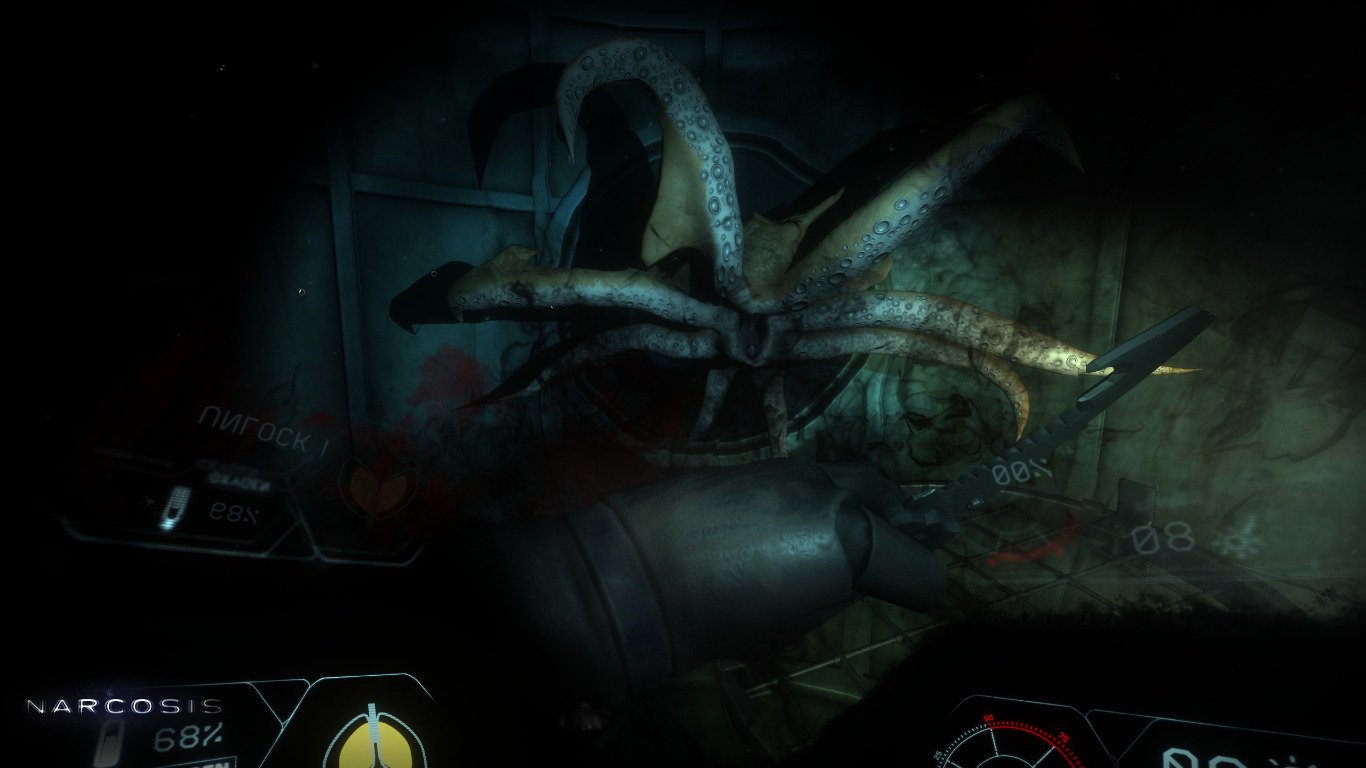 Greenlit
Jan 04, 2018
★★★★★
Virtual reality is built for horror games, and Narcosis does a great job of laying on the terror of being stuck deep under the sea. It’s a simple idea that works well with the story, and if you’re looking for something that’s going to make your skin crawl and give you that tingly feeling of horror down your spine, then Narcosis has everything you’d ever want from a horror game.

Nathan
Oct 09, 2017
★★★★★
For people complaining about the keyboard you should be familiar enough with a keyboard if you are any kind of a gamer. (it mostly uses wasd with the occasional e, shift and tab. Not to many keys to press. I can do it in my sleep.)

Excellent game. Remember to press R on the actual keyboard to get the game to start and not on Vive controller. Excellent story and walk through of each level (when you hear the guys voice). Very suspenseful and entertaining. This may make you a little sea sick if played for hours or you get motion sickness easily.

Chris
Sep 16, 2017
★★★★★
Awesome game… I’m terrified of being out of my depth in a swimming pool let alone at the bottom of the ocean with only a bit of glass between me and it so for me this is one of the best horror games i’ve played so far on my vive. Would highly recommend this.

Conor
Nov 16, 2018
★★★★
Amazing, Vive made me feel like I was inside the suit and jumpscares are unpredictable and subtle. playing with controller was easy to control and I think I prefer it to if it had a vive controller option. great as an underwater exploration and, narcosis horror.

Anthony
Aug 15, 2018
★★★★
Love this game! Having your VR headset on adds to the realism of wearing a dive helmet and limits your field of vision. The underwater atmosphere is claustrophic and brooding. The graphics and sound are very well done and the constant search for oxygen reminds you suffocation is just around the corner. Pity it’s KB/mouse contolled, but I really can’t fault this game. I particulary enjoyed the ending. 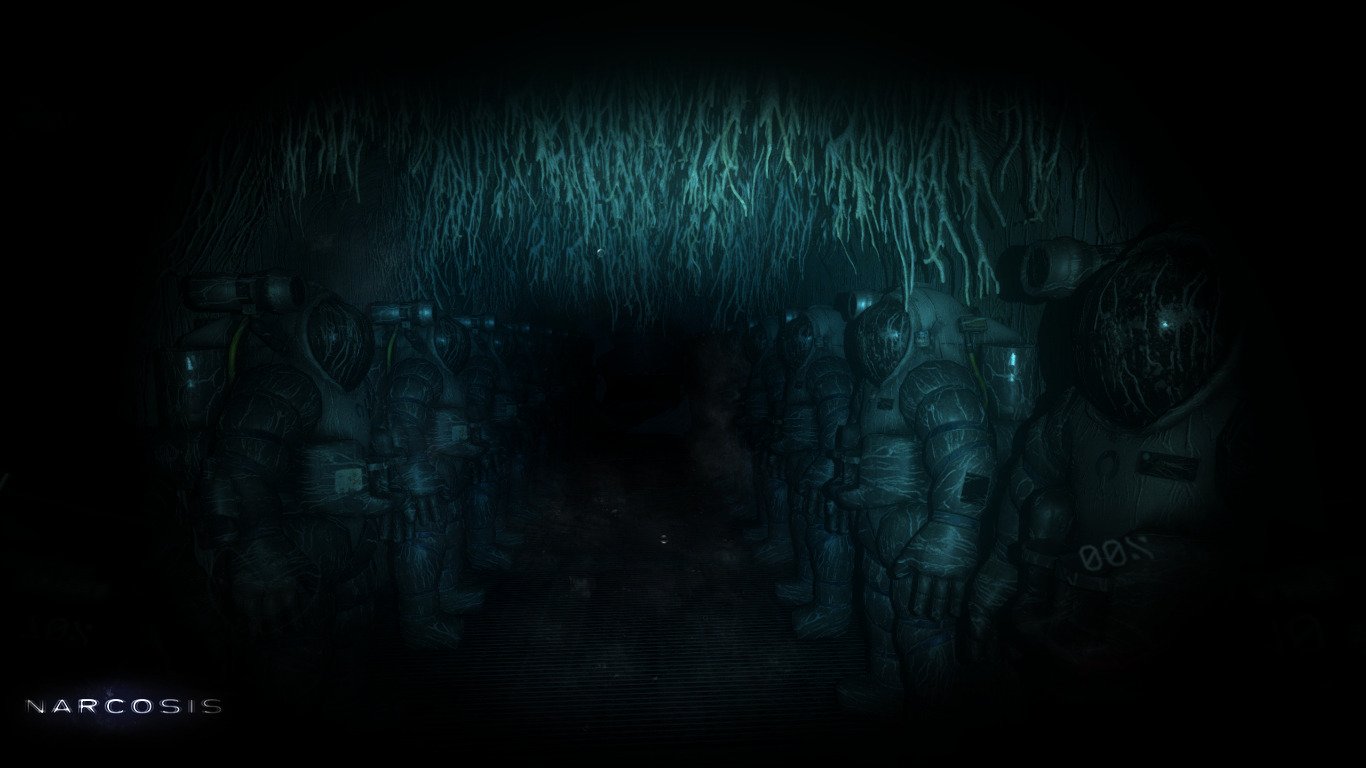 David
Jun 30, 2018
★★★★
Ive got a steam controller will also work with an xbox one controller.
Game pretty good, very detailed and easy to get absorbed into. The enviroment feels real, and most of it creeps me out. Lots of places to explore and a few nasty fish who will attack, really enjoying this, but the enviroment and smashed up station creeps me out most of the time you open a new door.

chris
Feb 25, 2018
★★★★
From the start to the end I was enjoying every minute of it!
– great atmosphere
– good soundtrack
– well written story which had a surprising end (at least for me)
– amazing graphics with lot of details to explore to – I love the design of the underwater buildings and the habitats <3
– not too hard, of course I failed and sometimes had to be fast (searching for oxygen) or to concentrate on a small fight but I still had moments where I was able to enjoy the surrounding
– play time: maybe 5 hours
– tip for the controls: I was playing with a Xbox 360 Controller – make sure to plug in the controller before you start the game 🙂

Gabriel
Apr 25, 2018
★★★
Not bad, not good.
It is a bit boring, walking simulator under the sea. There is only one form of movement and it makes me dizzy.

Kristopher
Oct 17, 2017
★★★
Pretty good, good graphics, does give you that motion sickness cause your sitting in once spot… The bad is that it likes to freeze or crash in a few spots… If you get it for free go ahead and try it. Not worth 30 on steam…

Joseph
Dec 05, 2018
★★
Stiff body suit UI setups are the worst. ADR1FT was like this. You have to play very rigidly because the suit does not move at all with you so if you tilt your head too much, everything fades out to black.

Causes lots of nausea throughout the whole game to the end, even with the motion sickness compensation options. They do help somewhat at the high price of even more reduced vision.

It’s more of a walking sim and it’s actually probably alright on the flat desktop version, but this version is only allowing VR play.

Christy
Jan 02, 2018
★★
It looks great. It is seated and you have to use a controller, which is not ideal, but works fine. Sadly, I couldn’t play much of it because it made me super nauseous. It is the only VR game I have played to date that made me motion sick. Even games that warn of potential motion sickness haven’t given me any problems, so I just thought I’d give you all a heads up.

NoRmAl nOrM
Jan 29, 2018
★
Unfortunately you have to play with keyboard or a controller, only having the VR headset means you cannot see what your typing. So I couldn’t play this game

tonnic
Dec 31, 2017
★
Motion sickness right away. The walking mechanics are terrible. When hitting A (for left) or W (for right), it doesn’t feel natural and makes you feel terribly nauseous. I haven’t really had any other VR game do this to me, but I had to stop playing VR for the time being because my stomache is so upset. Stay away from this game.

Fuck
Dec 07, 2017
★
this is a very boring game with very little game play. The movement is also limited. You cant look up or down with the controls except with head tracking but you are limited to a very narrow position the entire time. This is a walking simulator where you avoid crabs because they can tear your metal suit apart with one hit. Story is terrible and involves you discovering dead bodies, but you’re not connected to any of them. There are VR tech demos that are better than this. Too bored to finish.

Laila
Nov 30, 2017
★
cannot get it to play it says narcosis is a seated game press r to reset r doesnt do anything

eric
Sep 05, 2017
★
cannot get it to play it says narcosis is a seated game press r to reset r doesnt do anything