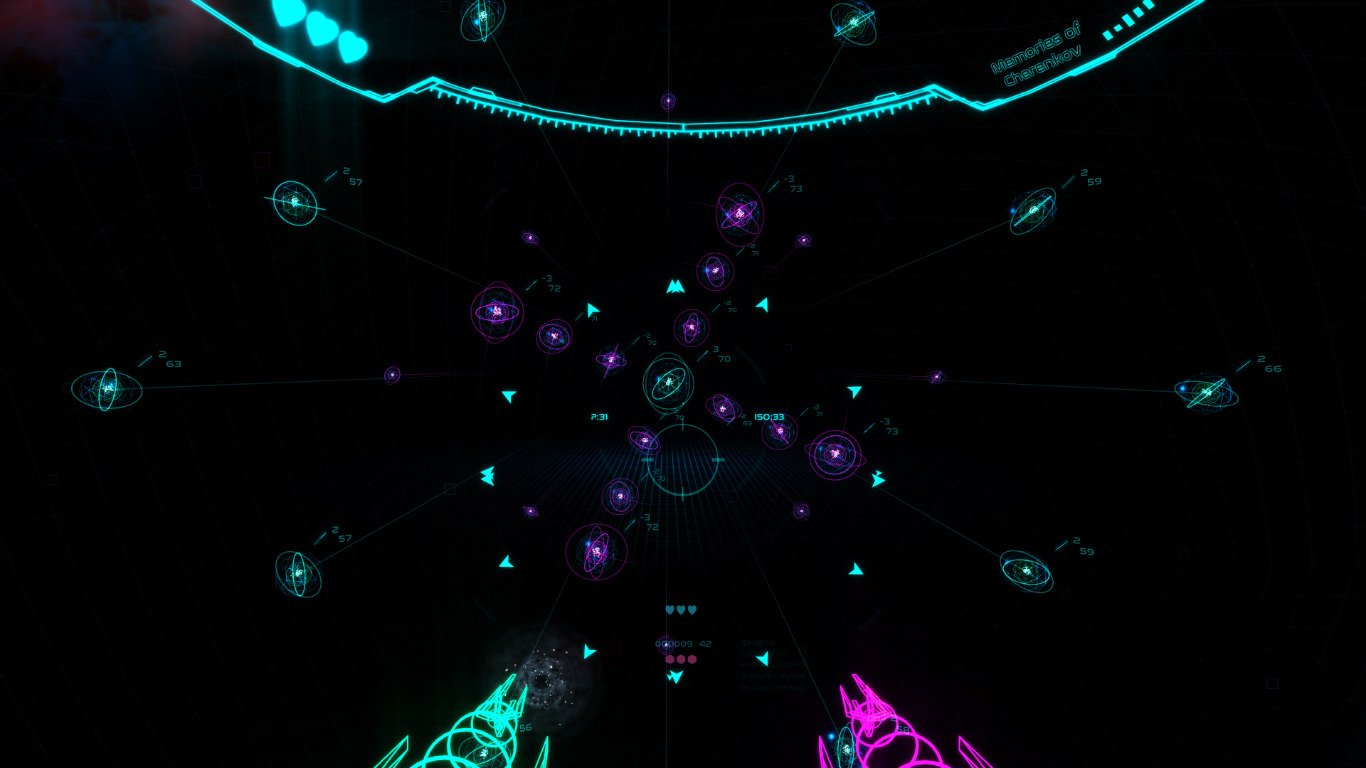 Released Mar 2018
A nostalgia-fuelled first person shoot ’em up inspired by classic arcade games. Save the Earth, burn the Sun.

To pay off your life debts you’ve been uploaded to one of millions of nano-workbots in the Sun’s core to prevent solar flares by breaking down neon isotopes.

You control an ion cannon in a 360º gravitationally affected environment, firing positive and negative ions using left & right triggers at incoming neon isotopes of varying ‘charge’ to eliminate them.

Each of the 42 levels of the game have been carefully crafted with each formation requiring a different strategy to achieve best times. There’s a solid sense of progression and a steady ramping up of difficulty – ideal for introducing non-gamers to VR but challenging enough for more experienced players.

Levels develop to include stronger gravitational forces, more isotopes, and new kinds of jeopardy. Boss levels with super-structures need new strategies, with a selection of power-ups such as slo-mo, shockwave and solar blossom mode adding to the fun. Your sassy AI sidekick Seren has always got something to say – but is mostly just sarcastic.

Utilising the talents of three music producers (Forward Memory, Dynamix, and I Am Galactic), Neon features an original soundtrack of ambient electronica, synthwave and electro which complements the modern-retro styling of the game.