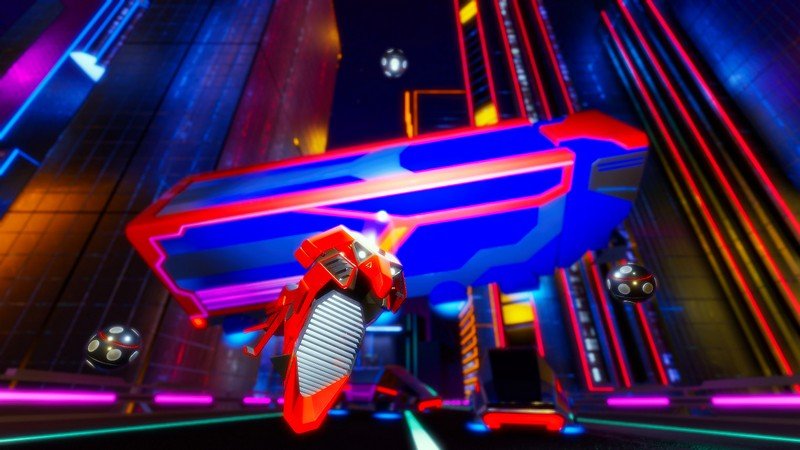 Released Dec 2017 3.0★
In a future where the AI we created have become our gods, a new breed of rebel has emerged – The OutRunners. Weaving through seas of automated vehicles, operating off the grid, these rebels risk their lives on hoverbikes built for insane speeds. Welcome to the future. Welcome to Neon Seoul. Where speed is a state of mind.

Lean into VR – Innovative hoverbike controls that react to your body’s movement
Feel the Speed – Ultra Fast-Paced VR arcade action with gameplay speeds exceeding 1000 km/h
Endless Challenge -The challenge is always fresh and exciting with no two-track experiences ever being the same.
Synthwave Dreams – Adrenalin pumping synthwave music from Artists such as Isidor, Raphael Gesqua, and Noise Symphony.
Cyberpunk Saga – Built from the ground up as the first release of a larger Cyberpunk universe, spanning different types of VR experiences and storylines. 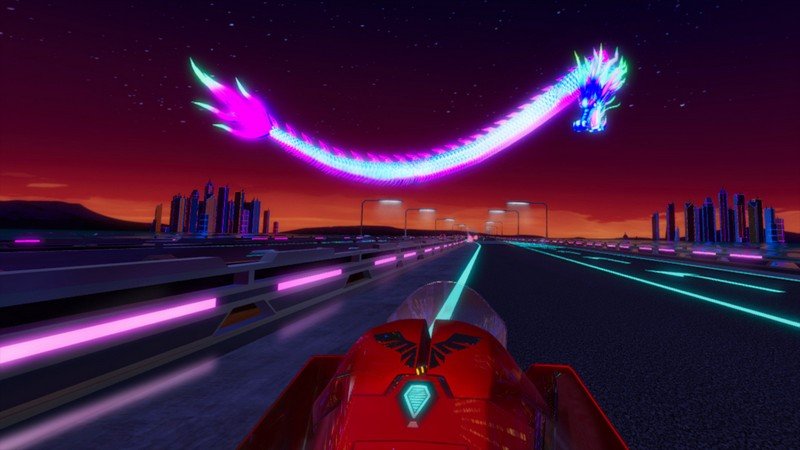 Gray
Apr 24, 2018
★★★
I’m a huge fan of the outrun aesthetic and this game nails it with the retro 80s cyberpunk vibe. The controls are simple and the gameplay is absolutely smooth. My bigest issue is that it’s just so damn hard to see traffic or the course. I’m using the HTC Vive Pro and when you pick up max speed it’s just so hard to see anything in the distance and slightly prepare yourself for it. I don’t want to tell the devs how to make the game cause it’s absolutely beautiful, smooth and fun but it’s hard to keep playing out of the frustration of the traffic visuals for me. I didn’t play long enough to check if the courses are RNG or if they are a set course. If they are set course then l will defenitely bump up the star to 4 being that you would need to learn the course, practice and memorize the route.

Hauke
May 14, 2019
★★★
Works really well, just needs an HMD, no controllers needed. Feels like the arcade bikes where you also give direction just changing your body weight from one side to the other. Very well made, but just not a game that keeps me playing for a long time.

Nandi
Nov 25, 2018
★★
I’m not great with racing games but thought I should give this game a try. The controls are just by gaze and leaning – which is nice to some extent – but the controllers could really have altered the feeling of holding on to the bike more naturally – especially paired with the leaning. The graphics are pretty cool, however, I thought it was hard to see the vehicles and have time to dodge them. Essentially I was perhaps not patient enough but I quickly felt it was not worth the time for me to invest more time just to see if I would improve with controls that left me feeling like I was doing some sort of odd gymnastics. The game has something – just not my thing with current controls.