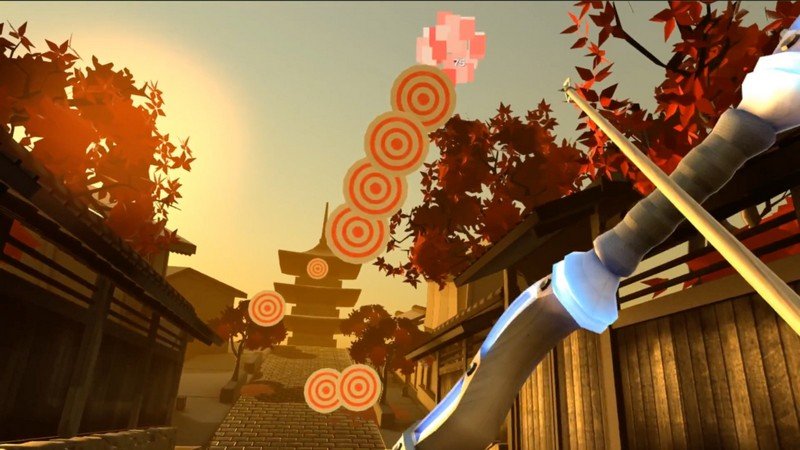 Released Aug 2019 4.0★
* Play 6 uniquely styled archery levels with leaderboards and endless increases in difficulty
* Rise to the occasion as enemies attack from all sides. Defeat simultaneous threats like an epic ninja.
* Get dropped into the action immediately with dead simple controls that you can learn instantly.
* Coordinated enemies give you endless challenges to solve.
* By design, there’s no running away. There’s no hiding. You must fight!

Experience blood pumping action in immersive and beautiful VR environments. Enemy ninjas will utilize cooperative group attacks to swarm and surround you. You’ll need to attack and block 360 degrees of action to survive.

Ninja Legends was crafted for VR from the ground up and offers a uniquely fast-paced melee combat experience only possible with vr. The gameplay rewards skillful blocking and parrying to fend off increasingly difficult swarms of enemy ninjas. Slashes with great pace and accuracy are rewarded with more damage and satisfying slicing of enemies. To advance through all the levels you must learn the proper rhythm and timing in which to execute blocks, parries, melee attacks and ranged attacks. In other words, you must become a Ninja Legend! 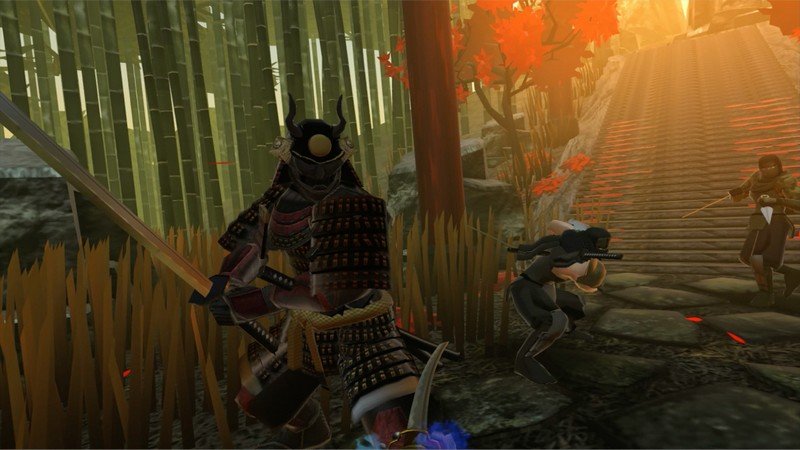 Steven
Aug 08, 2019
★★★★★
I’ve been playing games in VR for over 3 years now and always gravitate to the melee combat games. I’ve spent countless hours in Gorn and Blade and Sorcery. One thing that I really love about this game is that it doesn’t disconnect your VR body with your real world movements. I get why some games do that in order to make certain aspects of their game play work, but it’s a breath of fresh air to have my weapon move as fast as I can move.

The cutting is extremely satisfying and the levels look great. I think this may be my new favorite combat game in VR! Slicing through multiple enemies in one big sweeping motion feels so good.

B
Aug 08, 2019
★★★★★
The combat in this game is intense and a lot of fun. You have to swing and move as if you are actually fighting, something which is unique to VR and I love about the medium. The combat started off fairly easy for me, but it ramped up and I quickly found myself sweating both literally and figuratively. I thought I’d get bored but the amount of enemies, weapons, and special abilities was much greater than I expected. Also, when I moved up in difficulty it was an entirely different game experience. Highly recommend this game.

Alistair
Sep 18, 2019
★★★★★
This is the ninja experience I’ve been waiting for! Forget Sairento, this is a more grounded experience, and a great workout. It is possible to anticipate, block and counter – so you do feel like you are in a real fight where your skill wins, instead of just flailing around wrecklessly.

If someone invented a Bo stick for the vive wands, this would be amazing!

danimal
Dec 17, 2019
★★★★
A little too frenetic and can’t really tell who im supposed to look at when enemies are on both sides, so i just use the bo staff to just go nuts….need to see if there are actual strategies.

rchrdcrg
Sep 01, 2019
★★★
Just basically an average wave-based melee game. By the second level the enemy attacks became repetitive, and you’re stuck to one spot without any locomotion. I’m not saying it’s bad, but it’s not great, definitely not a $20 game! 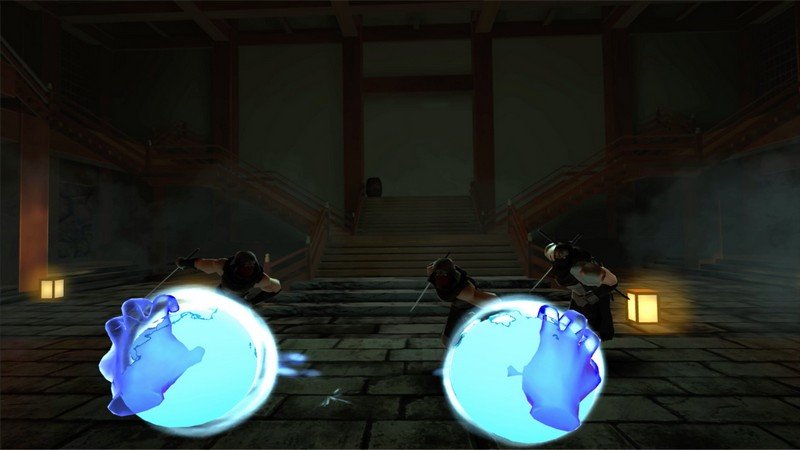 T
Aug 10, 2019
★★★
Almost really good, but the difficulty and content is somewhat uneven. The tutorial is agonizingly slow. Single enemies can be too easy at times, but it quickly becomes overwhelming when surrounded on opposite sides. It’s important to see enemy attacks to be able to parry, which is effectively impossible when attacked on opposite sides. I was enjoying the game, but lost interest once level 6 used opposing spawns. It was getting repetitive anyway.

Brian
Sep 27, 2019
★★
The trailer seem to show a quiet deep game but it’s just a wave-based melee game. It’s like a ”Fruit Ninja” with real ninja. You’re stuck to one spot without any locomotion. Starting to be boring after the fourth level, not interesting at all. I went to the 5th level (after 15min), there are 18 at total, but I don’t feel the desire to play it anymore. Why most VR games are most a paid demo than a real game ?!