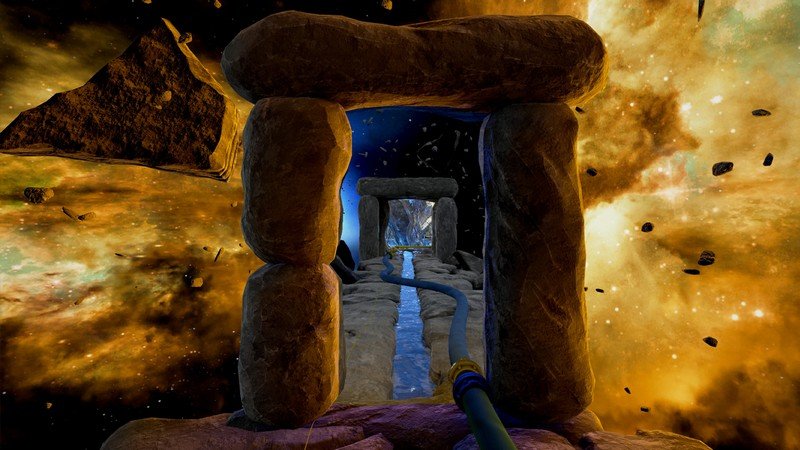 Released Nov 2018 3.7★
A new sci-fi adventure from Cyan, the creators of Myst. Abducted far across the universe, you find yourself on a broken alien landscape with odd pieces of Earth. Explore, uncover, solve, and find a way to make it home.
(also playable on Oculus Rift) 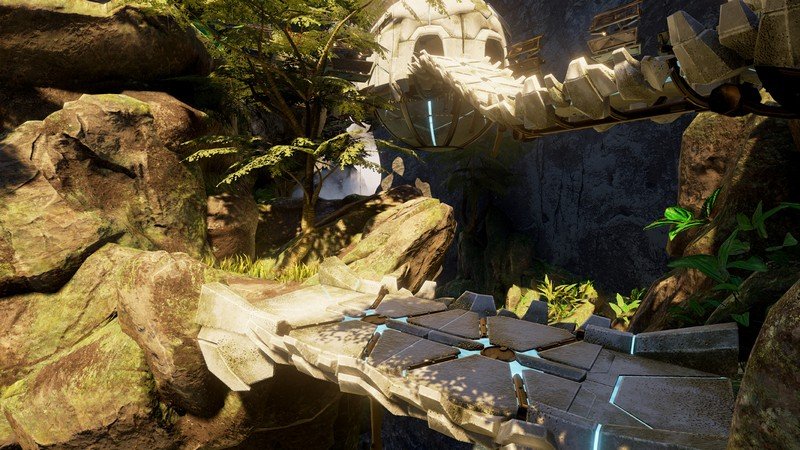 Cassider
Dec 02, 2018
★★★★★
I’ve played it over 10 hours and I’ve been very impressed so far, the enviroments are really well crafted. Top notch stuff. Fans of the Myst series should not be dissapointed.
However, to enjoy this game in all it’s glory may require a top of the line graphics card. I prefer free movement and a smooth framerate with this type of game, and to get that required medium settings with my 1070 TI. The game looks significantly better on high, but the framerate suffered.
The gameplay mainly involves walking or teleporting around, using various tools and machines, and solving puzzles to advance the story. The limited interaction with other characters in the game takes place with 2D live actors and writings littered throughout the world much like the Myst series used if I recall correctly. I look forward to playing the rest and much thanks to the developers.

JAZ
Feb 07, 2019
★★★★★
Excellent Game, I Like the look and story. Slight glitch if you want to use touchpad walking, you have to keep turning off teleport whenever you load a new scene. But not a deal breaker. Useful guides on steam if get stuck with a puzzle. Make sure to play both endings.

Nandi
Dec 01, 2018
★★★★★
Simply put it is lovely. I played both Myst and Riven in the past – Riven I never managed to complete! Obduction is true to the old feeling, and this is a mystery/puzzle-game which requires thinking, trial and errors and leaves you loosing over and over. Where other escape room games help you so much you feel like a todler with expensive equipment, Obduction has not yet convinced me I will complete it without cheating! I have played a few hours and have no clue how far my progress into the game is because I don’t know the objectives just that it is all a mystery… As for graphics, the original Myst offered a higher wow-factor at its release, but this is still worthy. The buildings and objects feel motivated and as with myst the style is original – not harsh like steampunk but with elements of other-worldly – it is special and great. Gameplay is also well done for a mystery title.

David
Aug 16, 2019
★★★★★
If you played Myst or Riven from back in the day, this is extremely reminiscent of those. Has the same style of puzzle solving and even has the full motion video scenes. If you aren’t into long puzzle solving, this could get pretty boring quickly as it is kind of strung out, like the original Myst games were, but that is what made them awesome. Solving a story as you go along, unraveling bits. There are also 2 different endings, depending on one choice, so you might want to search for that if you don’t want to play all the way through again and don’t mind a slight spoiler. 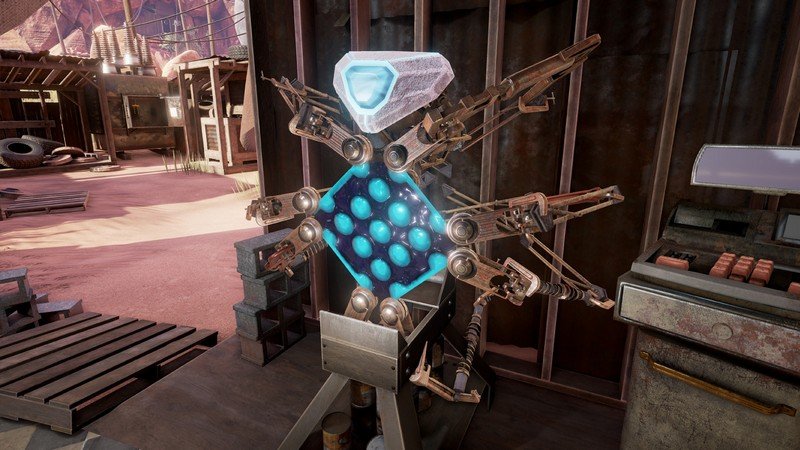 Philipp
May 30, 2019
★★★★★
Very nice and really good so far. But maybe have a walkthough ready, because with the really big world and so much possibilities, you can easily get lost. But you’ll be missing something here. I like this game.

Robert
Apr 11, 2019
★★★★★
I like the enviroments a lot. You need some time to get into it. It’s slow paced and pretty.
It could have some more VR-Interactions, but overall an nearly perfect game for this genre.

Joey
Jun 06, 2019
★★★★
I love this game, this is a great 420 relaxer. it gets a little frustrating walking around and around the same place a thousand times, but it’s like a Metroidvania, do this get a little further, do this get a little further. my only real complaint with this game is it should have better graphics. if it looked more realistic it would be alot more immersive. lots of dirty tricks, where you finally get to unlock a quicker path between two areas only to have it become even longer……

Simon
Dec 23, 2018
★★★★
If you’re a fan of Myst, the very old puzzle game on the Amiga, then this is for you! If you’re more into fast action, then not so much. It is a walking simulator & investigation, discovery and solving puzzles. Great looking, slow paced game. I definitely got the Myst feeling when animated characters appeared in their videos. This isn’t my sort of a game, but for what it is, go for it if you like these games.

esceptico
May 16, 2019
★★★★
i’ve played a lot of hours, i recommended if you like hard puzzle games with great graphics. I suggest use the teleport and not the running mode. The final is dissappointed, and the interact is only with one button i think because is thinked to PSvr

Cory
Mar 22, 2019
★★★
I had a lot of fun with it. I would’ve rated it 4/5, but a lot of the game was based on reading weathered texts, which was difficult in VR. I had to take off my headset and point it at the screen and read through my monitor, which was annoying. I also had a problem with drifting while using locomotion (I’m using Vive). That said, the puzzles were engaging. I especially loved Kapar, level design, music, puzzles. The storyline was fun and creative, although they could’ve done some more with it. Overall, I’d recommend it, just read the texts from a wiki.

Dariusz
Dec 18, 2018
★★
I will try to be as objective as I can. It’s pretty, but nothing mind-blowing and it controls fine for the most part (with some problems here and there). But… this game has A LOT of walking, examining things and wondering what the heck you are supposed to do. This is fine, considering is’t supposed to be a Myst-like game (and I like those games!), but in VR there is only so much time you can play in one go before you get motion-sick/eye-strained or just plain tired. And when you play for 2 hours trying to figure things out and finding lots of things to interact with, but ultimately not really getting anything done you don’t feel at all rewarded for the time you put in. This is the first slow paced game I played on VR and it will probably be the last. I din’t finish it, because I don’t see it’s basic concept fun in VR. I’m sure that some people will enjoy it, but it’s not a game for me.

josh
Apr 03, 2019
★
Movement type keeps on resetting switching itself betwee teleport and free movement without changing settings, control system is illogical and unchangable. grip buttins both take photos. controls are not responsive in any manner. coulus touch controls look like they make more sense but the viv ones are terrible.

NeonShadow
Jan 24, 2019
★
Will not run. Skyrim runs, this one won’t even get to the load screen. Waisted subscription slot….

Robert
May 27, 2019
★
Often, when I changed position, the game would interrupt and reload. Also I was only able to use the walk function one or a few times in a row, thenafter, it would not react to my press for a while. Even though I run i7/1070, I tried reducing the settings to minimum, but the game responded hardly any better.