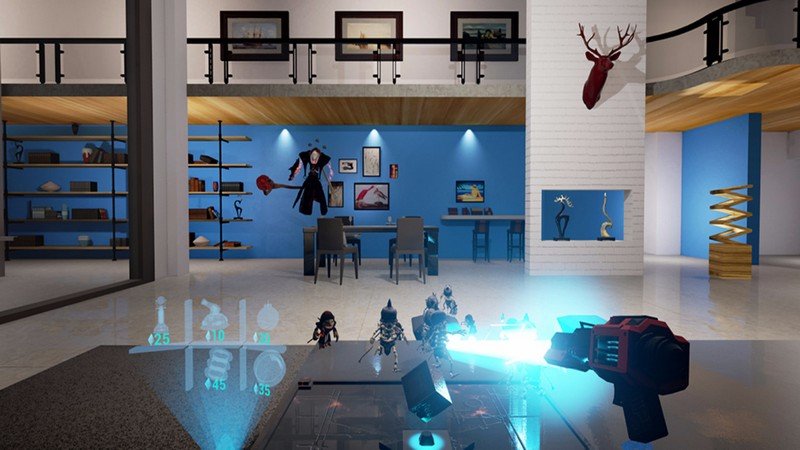 Released May 2017
Oblivion Tesseract is a VR game developed by Epotech with Unreal Engine 4, which could be played on VIVE .As a TD(Tower Defense)game,it is performed with FPS mode,which differs from the old-school TD games.

A potential girl with the curse of blood…finally awaked from the slumber…A mysterious cube unveiled all the secrets of her thrilling dreams, Family’s history, paranoid space of time and eternal curse…

Your target is to protect the Tesseract and to survive from fierce monsters, with different types of guns, grenades and immense mass energy turrents! Tesseract can absorb the abilities of the bosses you defeated! Explore the Tesseract’s history as a brave guardian!