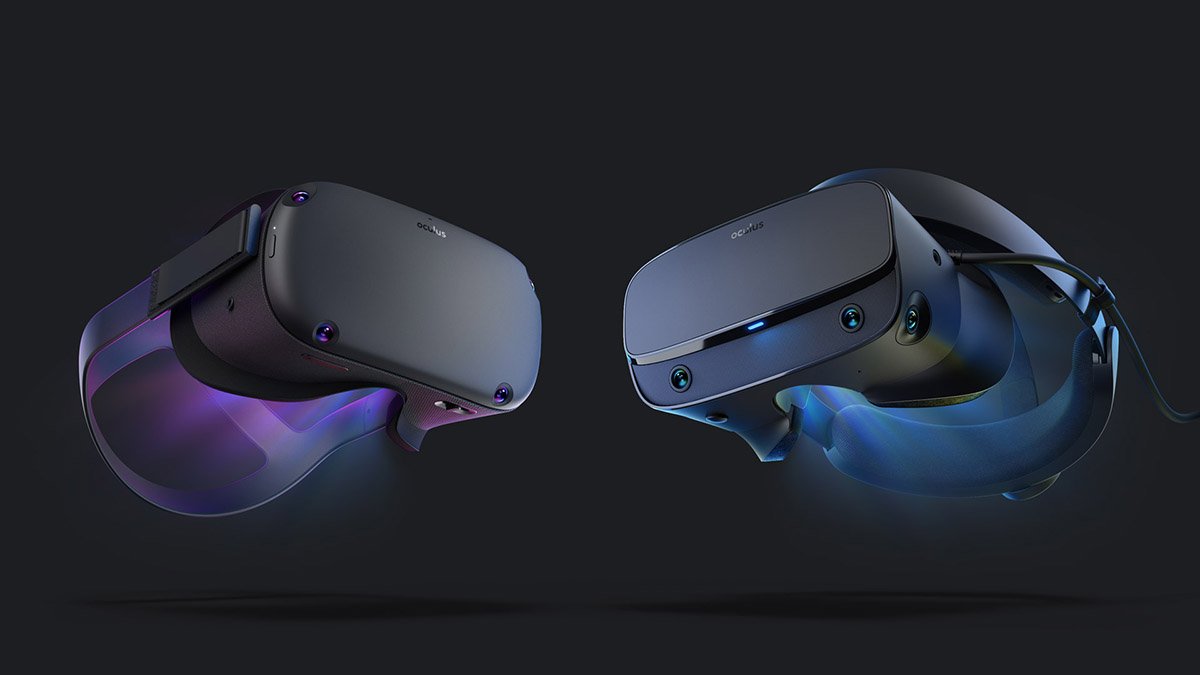 If you invested in a Rift for PC-powered VR, you probably felt pretty happy until you took a look at the Oculus Quest. Designed to be used without the need to be tethered to a PC, the Quest offers standalone VR gaming. The Rift is run off a PC and means you’ll need wires to hook into the VR, but with the Quest, you’re completely wire-free, providing a far more liberating experience.

Support us by visiting BetMGM for a seamless gaming experience.

Of course, the Quest wasn’t perfect, and certainly, at the start, it was far more suited to simpler VR experiences. However, ongoing development has meant that the Quest is now more capable of handling more complex VR games. And there’s lots more in the pipeline too; in 2020 it’s rumored that the current Oculus Touch controllers will no longer be needed. Instead, players will interact with their VR environment using their own hands, providing truly immersive gaming.

Even better, there’s a hookup between the Quest and Rift, which will become available in November 2019. Known as the Oculus Link, it will make every game on the Rift available on the Quest providing you plug into a PC. For those with the Rift already, being able to play their whole catalog on the Quest, rather than the present, more limited selection, this is a big plus.

However, you’ll have to plug a cable in to take advantage of the Oculus Link so you won’t have the usual Quest freedom of wire-free play. This means that the cross-buy apps and games are still highly sought-after and relevant post-Link release. Cross-buy purchases can be played on both the Quest and Rift already, so you can enjoy the wire-free VR gaming of the Quest but on a title that may previously have been more associated with the Rift.

If you like the sound of cross-buy, there is one hitch. It’s not always obvious which games and apps it applies to because it’s up to each individual developer whether to offer titles on a cross-buy basis. The Oculus store backs cross-buy, but you can’t assume that every title listed will be a cross-buy.

Sound complicated? Don’t worry, we’ve got you covered. Here are the latest cross-buy titles that you can enjoy on either headset. 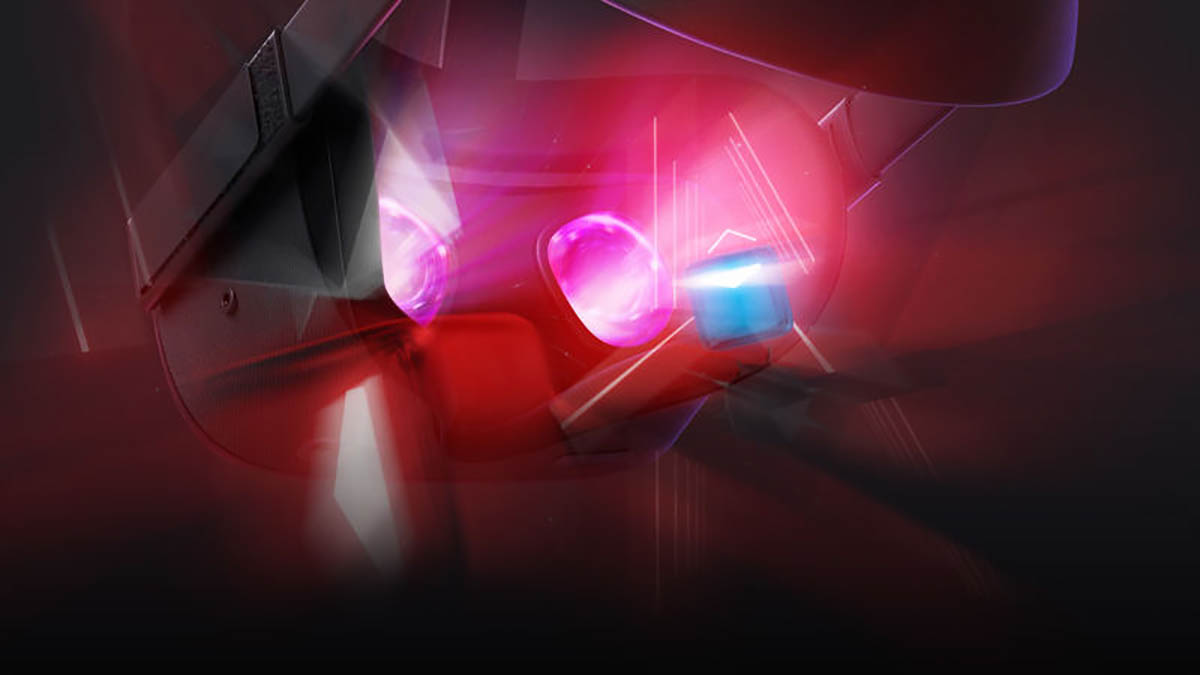 Who doesn’t love flinging the specially-charged birds around in a bid to demolish the annoying pigs? Taking it to VR enhances the spatial and physical nature of Angry Birds, a simple but absorbing title that works well on both the Rift and the Quest.

Join a post-apocalyptic future where yes, you guessed it, robots are running the show. Lasting around five hours in total, Apex Construct is a story-driven, single-player game where you’ll need to battle hard. But forget about futuristic weapons, you’ll have to win armed with just a bow and arrow.

The iconic journey starting at the Kennedy Space Center to the Moon aboard Apollo 11 is the theme of this game. Take the giant leap for mankind yourself and be part of the epic historical moment.

Baobab Studios are the name behind titles such as Crow: The Legend, Asteroids! and Invasion! and with Bonfire, they’ve created another immersive experience. A short VR film, Bonfire, is the story of crash-landing on an alien planet while attempting to locate a new place for humans to inhabit.

If you enjoyed the Wii games where you got to simulate sports, BOXVR takes it to the next level. Punch your way to fitness using a boxing rhythm workout, which is designed to get your pulse pumping.

One of the most beautiful games available on the Rift, the idea is simple. Starting at the base, use your hands to climb to the summit of a spectacular mountain while surrounded by scenery, which is nothing short of magnificent.

If you’re a Rocky fan, you’ll recognize the name right away, and you’d be correct. This is a boxing simulator where you take on Creed’s role in a story that sits midway between the first and second Rocky movies. The more you fight, the harder it gets, so good luck with your bouts!

One of the biggest hits on the Xbox 360 Kinect, Dance Central, has now arrived on VR. Boogie your way to the win with 32 top tracks, including Turn Down for What, Don’t Let me Down, and What is Love.

The first Dead and Buried was a groundbreaking title which utilized a cooperative zombie horde mode and forced players to break cover to kill off the enemies while avoiding being slew themselves. The sequel brings back many original features but adds in a locomotion deathmatch mode that fans of Quake will find very familiar.

Originally on the Rift, this co-op zombie shooter game is back with a raft of weapons, including pitchforks, axes, and scythes. With a campaign and multiple co-op play, you’ll have your choice of battles.

The stablemate to Creed couldn’t be any different with the ability to create music in a way which is described as immersive and interactive. Cool.

The title gives it away; it’s a game of VR table tennis, pure and simple. However, the concept works so well that this title is often used as a demo in press releases.

With a plot centered around the terrifying movie, this game will see you conducting exorcisms and attempting to banish horrific demons. You were warned.

If you’re into VR games that get your pulse racing, Face Your Fears 2 is one to try. It’s one of the most popular titles in the scary genre and draws on many of the most common fears and phobias such as spiders, flying, and so on. Story-based and spine-tingling, it’s a game full of jump-scares.

If you’ve played the game on your smartphone, you’ll love this as the premise is just the same. Use different blades to slice the fruits and rack up an impressive score.

A simply beautiful game, connect with wildlife, and help plants to flourish while creating music. The overall effect is distinctly similar to the movie Avatar.

I Expect You to Die – Schell Games

A mesmerizing puzzle game, you adopt the persona of a spy trying to solve the mystery while dodging the increasingly lethal attempts to kill you off.

Proving that an old-school RPG can still deliver the goods, Journey of the Gods has overtones of the Legend of Zelda, fighting monsters and solving puzzles while accompanied by an owl. Obviously.

If ever there was a VR game perfect for a party, this is it. On-screen, there are instructions to defuse the bomb, which everyone else can see too. The person wearing the headset must follow instructions from his fellow players to defuse the ticking bomb before it explodes.

Immerse yourself quite literally in an underwater experience as you dive down into an aquarium to meet manatees, rays, sea lions, whales, dolphins, sharks, and even the occasional dinosaur.

The flagship title for Rift in 2017, Robo Recall, was originally paid for by Oculus to the tune of $10 million. The investment shows as this arcade shooter-style game has the most sublime VR gunplay you’ll ever see.

Exhilarating and adrenaline-pumping, discover what it’s like to hurl yourself off a mountain and soar through the air in a wingsuit. Available as single or multiplayer, score points by guiding your body through the hoops that appear.

Made for the Quest, Sports Scramble is a VR tennis game which fans of the Wii will find strangely familiar.

Face the mighty Gargantua (they’re big – the clue is in the name) in their own world in a co-op action game.

Appreciate art in a completely new dimension with the ability to create images using 6DoF tracked controllers within a 3D VR space.

Almost impossible to describe, Thumper is one of the new genres of games similar to Audio Surf. Press buttons to progress and feel the beat as you attempt to beat the hypnotic and intense beast found in each level.

Use your Touch controllers as your hands and get to grips with the controls in the cockpit of the absorbing flight simulator. Set in an open island cartoon world, your job is to complete the multiple missions set for you in your light aircraft.

With a replayable arena and a total of 5 hours of gameplay, this is one spell casting adventure, which is nothing short of magical.

If you love Mario Kart, this is the one for you with online multiplayer and fast cart-racing, arcade-style action.

The Developers Who’ve Opted Out 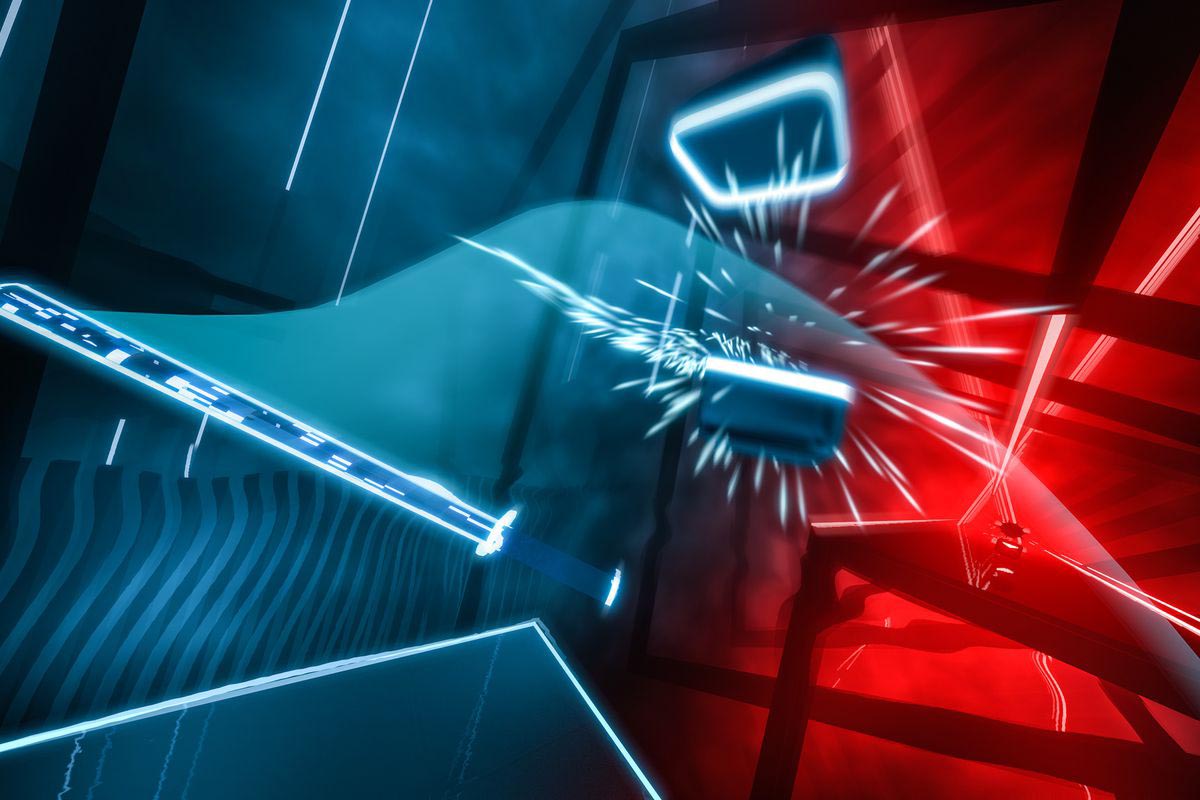 While there are plenty of apps and games available on cross-buy, there are some developers who appear to have opted out. These include:

The above developers have released titles which aren’t on cross-buy, which means if you want them on the Rift and the Quest, you’ll have to buy them twice. Of course, it doesn’t mean they won’t opt future games into cross-buy, so it’s worth keeping an eye out.

As cross-buy continues to gain momentum and the Quest and Rift move ever closer, cross-buy is likely to become the standard rather than an exciting new innovation, so watch this space for more!