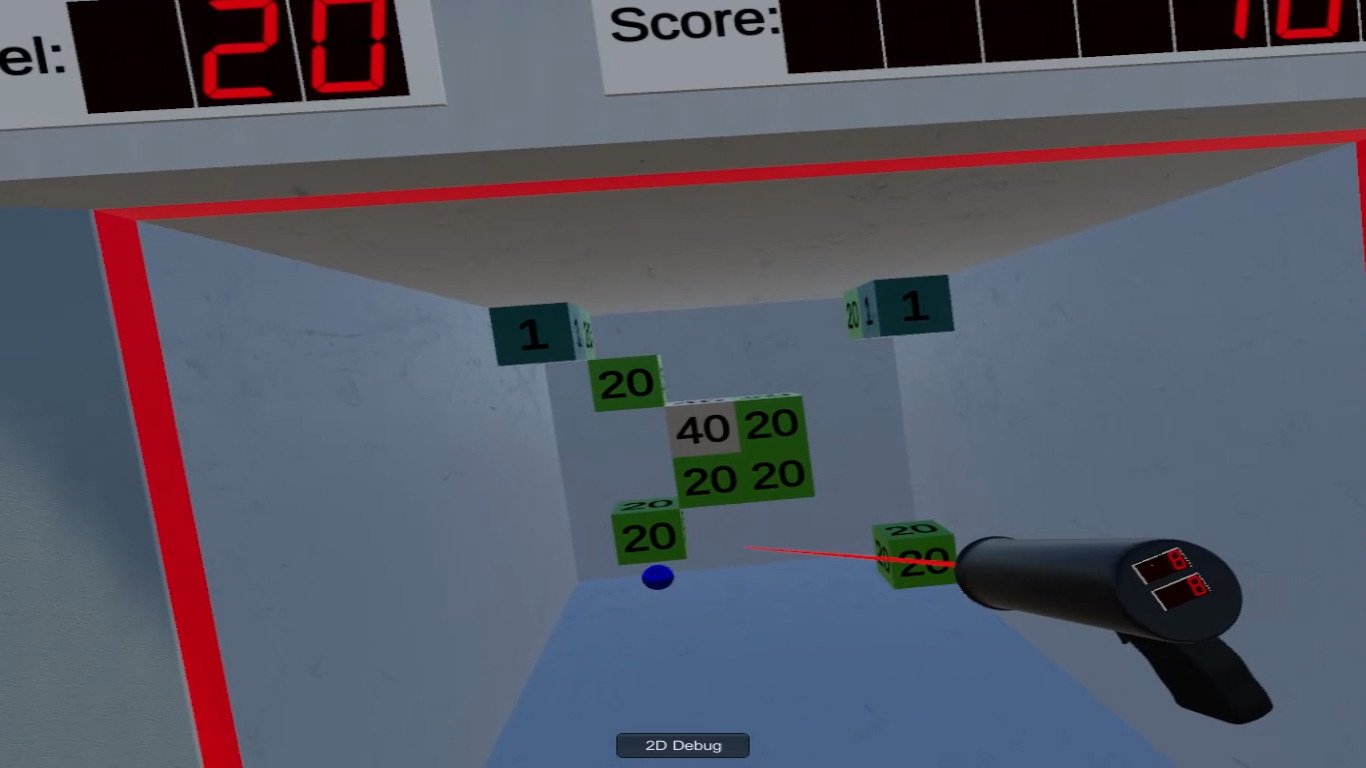 Released May 2018 4.0★
Paddle Master VR is a cross between a breakout-style game and racquetball, inspired by a popular mobile game (Ballz). You play inside something like a racquetball court, but with numbered blocks that you must destroy. You have a gun that you use to shoot balls at the blocks, and a paddle to keep the balls in play when they bounce back to you. When your balls are all gone, your gun is automatically reloaded, and a new row of blocks appears, and any old blocks are moved closer to you. You lose when any blocks get pushed past the red line marking the front of the play area. Oh, and the balls have a tendency to explode… How long can you last? 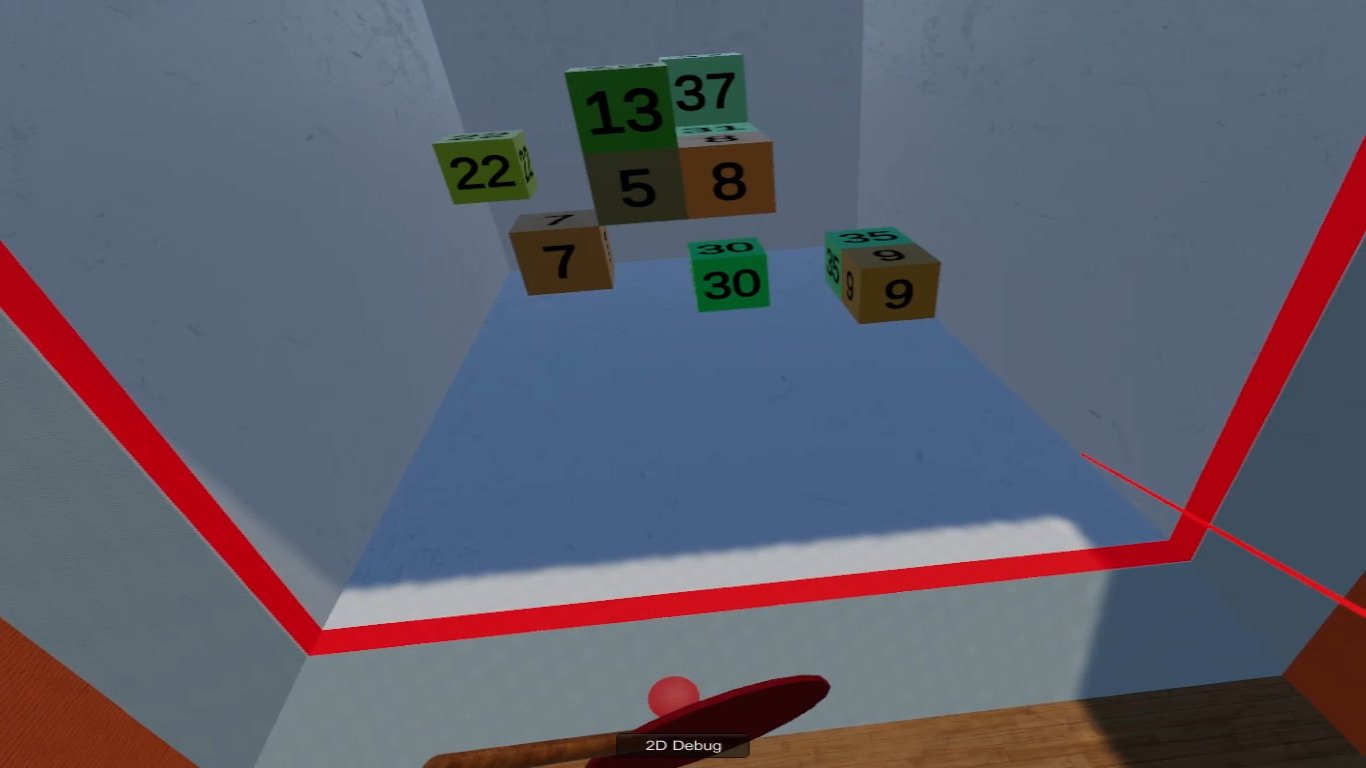 Doug
Apr 25, 2019
★★★★
This is a game for chilling out and getting some exercise. If you try to hit the ball fast, the physics get messed up and the ball can hit the paddle twice, or go through the paddle, or fly off in a weird direction.

So you will hit the ball slow and precisely for control. There’s no gravity or air resistance, so it’s a slow ball game from there on out.

Initially, it feels a bit claustrophobic. You are in a tiny room hitting into an inset in one wall. The ball seems very fast and difficult to hit and when you do hit it, it flies off at weird angles.

Eventually, though, I learned the best place to stand, not to hit the ball but just “block” it with the paddle, and to not directly shoot the ball at a block but instead to play it off the side and back walls to begin.

The game got easier; then it got too easy. I got tired and bored of playing in a never ending game and had to exit via the Steam Panel (why do so many VR games not provide a quit/exit button?)

Finally, the music alternates be a Jazz piece and a Parade March, I’d prefer the developer to pick one genre and stick with it. (preferably jazz)