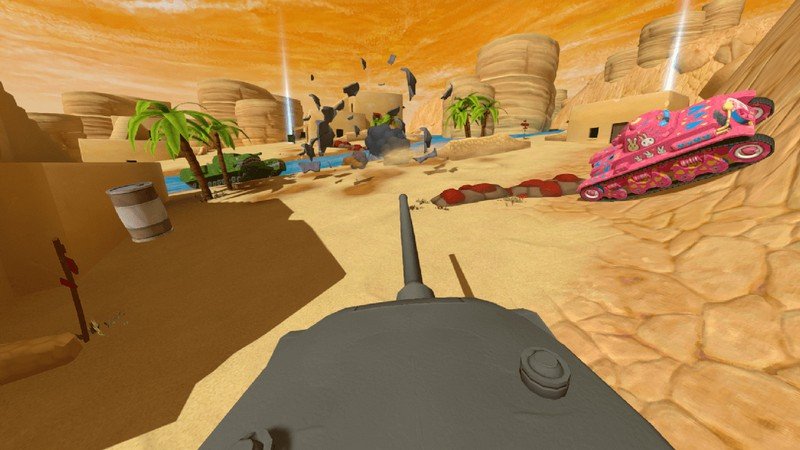 Released May 2017 3.0★
Battle your friends in an action-packed tank VR multiplayer game!

The Battle is on! Face off against your friends in thrilling multiplayer panzer battles for supremacy! Defend your base against attacking tanks and destroy your enemies in breathtaking firefights. Capture the enemy flag, as you blast your way through the enemy lines. Use the various power-ups wisely to boost your abilities and turn the tide of battle!

PANZER PANIC VR is an innovative virtual reality arena game that places you behind the controls of a battle ready tank. Choose from a collection of different tanks and customize them. Challenge up to 5 friends in local multiplayer or hone your skills against a cunning AI on many action-packed maps. Will you be the hunter or the hunted, as you rush to secure victory for your team? 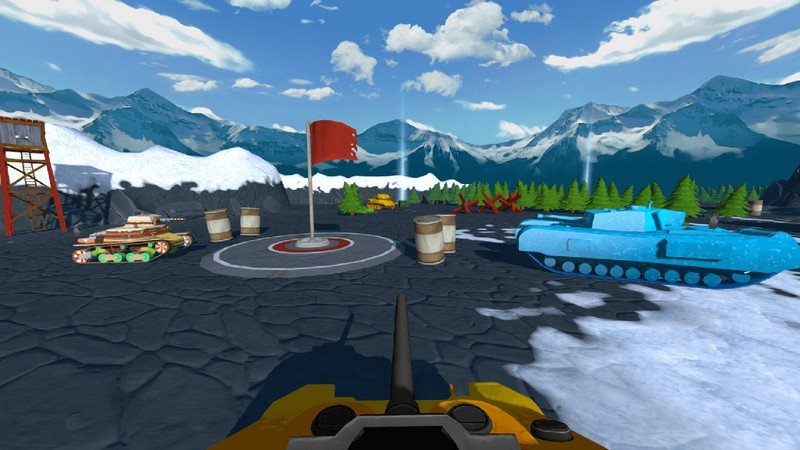 Greenlit
Apr 28, 2018
★★★★
Panzer Panic focuses more on the fun aspect of virtual reality, but it mixes well with the immersive features in-game. It’s a nice balance, and HandyGames have outdone themselves. I’d love to see more modes make their way into the game in the future, as well as some additional arenas, but right now it’s got a ton of content for the price.

Of course, if you’re looking for a single player experience, then Panzer Panic also has that going for it, as you can dive into a single player version of the game that offers the same immersive and fun combat made popular with the multiplayer modes. It is yet another reason why this enjoyable game belongs in your Vive collection.

Avatar
Jan 18, 2020
★
F is for fail.
Among many bugs and absolutely no documentation…

This is supposed to be a sitting game. You’re supposed to use your headset to move the tank around. Valve Index controllers don’t seem to do a thing. If you want to turn around, you have to turn your whole head around. So now you are in a chair twisting your neck around to drive your tank.
There may be a setting that fixes this but I can’t find it and I’ve done enough poking around trying to find the fix. Kinda wanted to like this game. Unplayable.