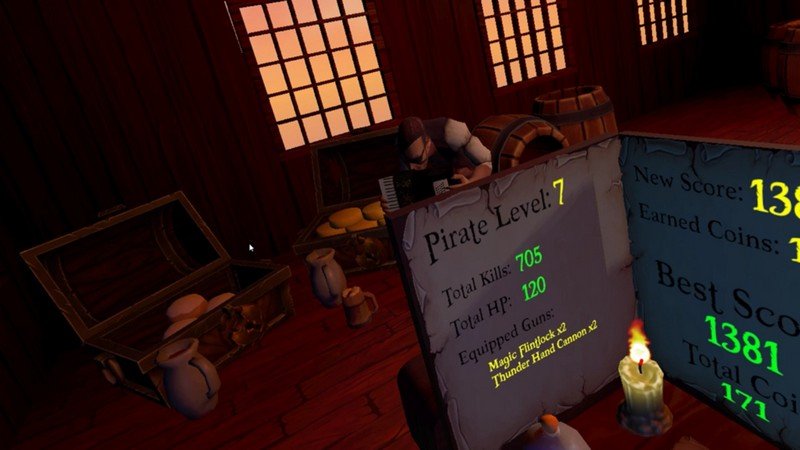 Released Nov 2018 2.0★
Pirate Survival Fantasy Shooter
This is a VR survival adventure that takes you inside a magical realm full of incredible bloodthirsty creatures. Your entire crew has been slaughtered by the cursed creatures living in these crazy islands and your ship is sinking.
Many pirates have lost their lives in these waters.
As the only remaining buccaneer on the ship you have to shoot your way out of trouble and survive as long as possible.

This VR shooter fully immerses the players into the Caribbean fantasy pirate world of fairy tales and legends.

FEATURES:
– Beautiful levels with different monsters and challenges
– Buy different magic guns with special skills attacks
– Insane difficulty survival
– Best Scores Leaderboard
– Level up your pirate, increase your stats and earn coins by playing
– Avoid bullets
This game can be played as a normal PC FPS game without any VR headset too.
You will never feel sick or discomfort during the game. 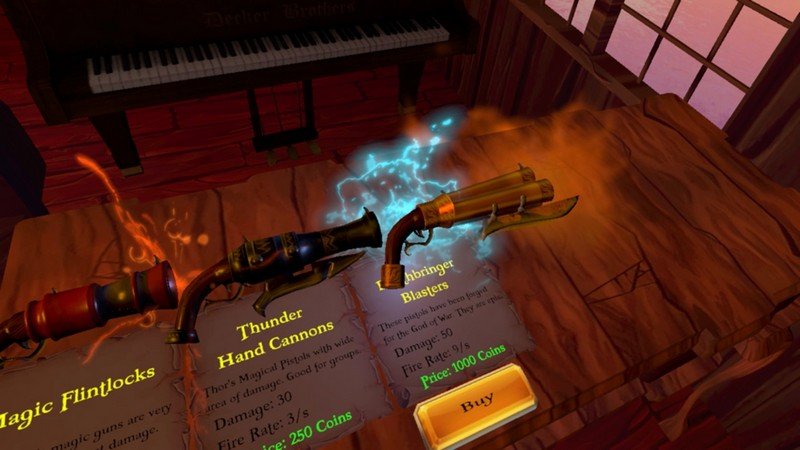 Matthew
Apr 13, 2019
★★
The art is ‘meh’ when you can see it; there’s so many smoke effects coming from the pistols and enemy attacks that you can’t see anything until it’s very close. Speaking of the pistols: fire from the hip so you can see the laser sights. You’ll get tired of the pistol sound effect, tho, because there’s only one and you’re firing constantly. It’s basically an okay game, but it falls short because the art style adds to the difficulty rather than making it look nice. It’d be worth $3.99, for sure, but not the current price of $9.99.