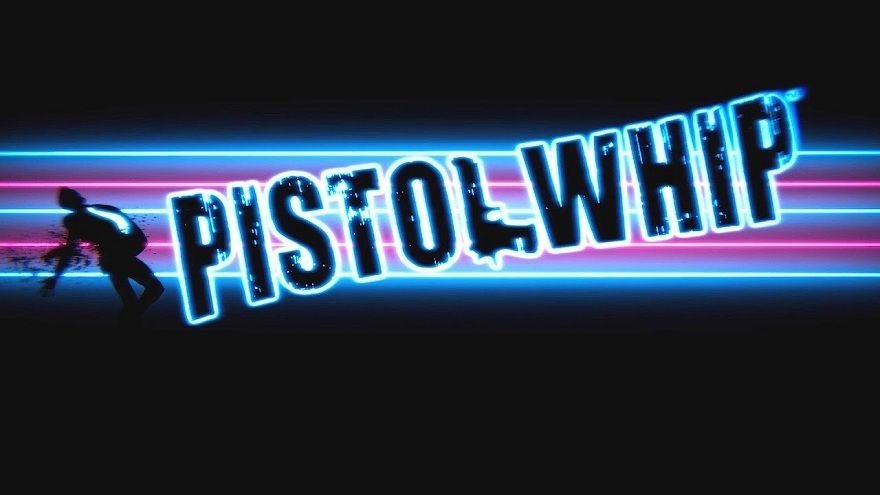 Pistol Whip is an arcade game, so you approach with the mentality of the 12-year-old on the joystick sucking a slush puppy. In modern game parlance, it is an unstoppable action-rhythm first-person shooter.

You want the high score, you want to perfect the technique and compete with yourself to better yourself each time. You have two aims in this game, you need to master the aim and the rhythm of the music that dictates when you shoot.

For those coming to the game for the first time because you are a PSVR player, you have the bonus of the Akuma, Full Throttle, Dark Skies, High Priestess and Religion scenes that were added. These scenes all have their beauty and distinct feeling. The developers seem to be having fun perfecting the scenes and creating art to match the music. It is this craftsmanship that makes this game so different from the other rhythm games, such as Beat Saber.

You can begin the game with auto-aim switched on, which gives you a chance to enjoy the game from within seconds of picker up the controllers. After a time, you can implement Deadeye, which makes the game a whole load more challenging. However, this tiered approach helps you to fall in love with this arcade game, which would be far too challenging without the auto-aim at the start.

So, all sounds good so far – a classic arcade experience with some classic beats and artistic settings. But, let’s get into some of the details. 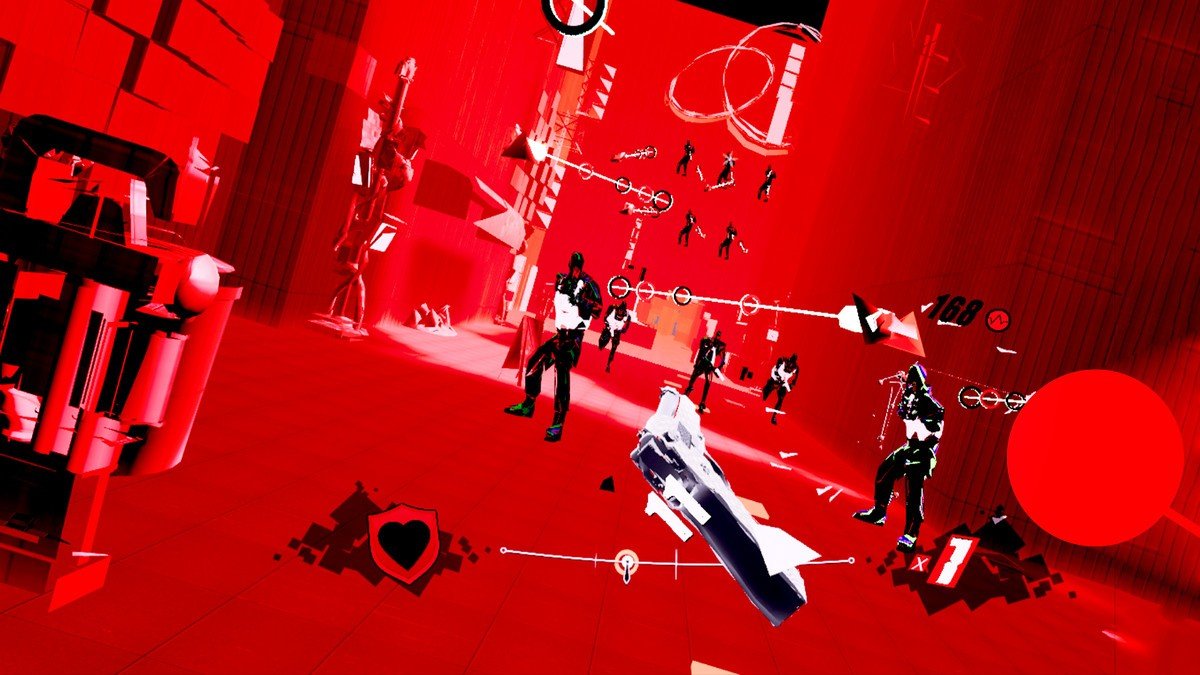 You are thrown into an action scene with a fast-paced soundtrack and cinematic graphics. Unlike some music games that keep you tied to the soundtrack and to the area, Pistol Whip allows you the complete freedom to shoot, to melee and to dodge the targets as you see fit. There are a significant number of bonus points for taking out the baddies to the beat of the music, so worth mastering this. Also, while you are on rails, it is possible to turn around to catch those targets that pass you too quickly. You can move through the game with one pistol – or take the option for dual-wield.

Though it might sound like a basic concept, which requires you to repeat the same processes and perfect the same skills, the game-play still has depth. First, there are multiple difficulties and you can modify your play with Deadeye and Dual-wield. There are currently 15 scenes and all have a distinctive, though fairly generic, music style.

It is likely that the game is going to have to vary the music in the future if it is going to become a classic. While it has mastered the technical development of a VR game, it is still lacking in a sense of individual style that would make it a cult classic. Future updates could include new scenes with different tracks, and this certainly feels like a necessary step forward for this title.

If we were going to pick out the games stellar feature it is the level of comfort achieved despite the frantic pace of the aiming and shooting. Developers sometimes sacrifice comfort, with it being too hot or too dizzying to play for too long. However, the developers here made the decision to keep the games going in a straight line at a constant rate of speed. This is probably the cleverest decision, as it keeps the horizon steady and prevents tracking changes that make refocusing so challenging. This means that the simulated movement is comfortable, so there is no wooziness or nausea.

Camera placement is crucial to your level of enjoyment of the game. Whereas in Beat Saber where the boxes come flying at you are you are static, you move towards the targets in Pistol Whip. You have to spot the bunches of targets quickly and shoot them while they are ahead of you. Although you can turn and aim at targets passing, this is a risky move and can lead to some loss of control. If you place your camera level high you will get more tracking coverage and it will prevent any issues of spotting targets late.

What is amazing is that it makes complete sense that this game is played in virtual reality. You could argue that such a game is easy to transfer to a flatscreen console, and it is. However, there is added-value in experiencing this game in the headset, as you are immersed in the music and the moving targets.

So, on the upside, this is the most addictive game you will play. You will get into the game quickly and at the easier difficulty level, you will soon get the hang of it – and love shooting to the beat. What is best about this game is that it is easier to use the modifiers to change the experience – using the deadeye to really up the difficulty level. While there are only 15 scenes on the PSVR and an annoying repetitive soundtrack, the developer has promised more updates – and regularly.