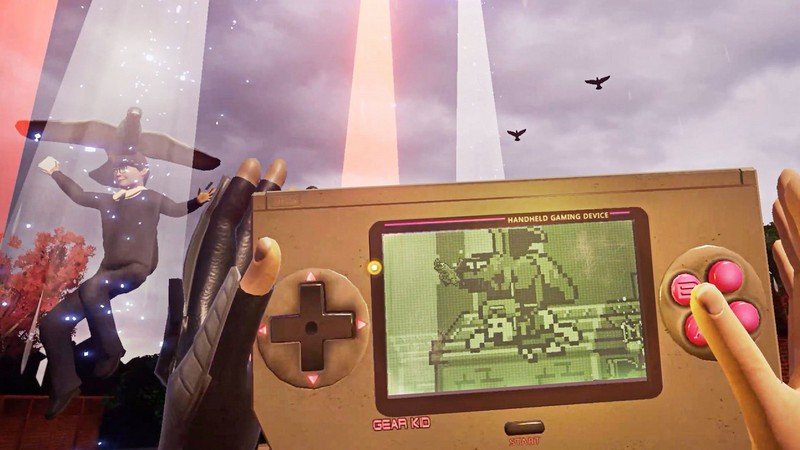 Released Jul 2018 4.3★
Pixel Ripped 1989 is a wacky multi-dimensional homage to the early days of gaming. The player embarks on a journey into the screen of a classic videogame and beyond. Set in the era of portable 8-bit consoles, this game-within- a-game follows the adventures of Dot, an in-game character who sees her world torn apart by the Cyblin Lord, a villain able to break through the video game screen and invade the real world. In the game, the player inhabits Nicola, a second-grade student who must help Dot save both realities from this menace by facing challenges in the retrogaming 2D world, all while distracting the cranky teacher and escaping from the furious headmaster in her own 3D world.
(also playable on Oculus Rift) 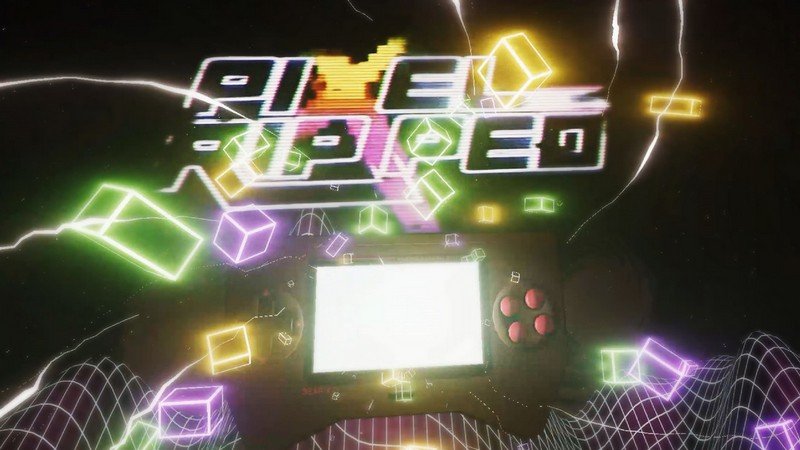 Vicente
Feb 08, 2019
★★★★★
Played on Pimax8k, amazing game that feels a bit like it was developed by Nintendo, in the sense that it takes a new medium like VR and uses it it very creative a fun ways, it’s short but it keeps surprising you with new and inventive gameplay from the beginning to the end, and even into the credits.

It’s also extremely well done, no bugs, high quality graphics and music, funny and servicable story, amazing mix of 2d and VR graphics and it really gets the retro feeling pumping if you experienced the 80s or 90s with arcades, retro consoles and portables.

Two cons are that Vive controllers aren’t simply up to the task, for example the ship level was simply impossible with Vive wands, and also I understand that the main dev is a woman, but I wish there was a boy avatar since you impersonate the main char and it’s a bit weird, still it doesn’t detract much from the whole experience.

RealityCheckVR
Dec 12, 2018
★★★★★
Loved playing this game back on the DK2 and even more excited to see it on display at GDC 2018. I really enjoy the music, sounds, and feeling of nostalgia I get when I jump into the game. Very honored to have had the opportunity to record a snippet for level 3 and be a part of the crazy retro homage to the 80’s. 10/10 would do it all again! 😀

No words in any real or virtual world to describe this game.

Daaninator
Aug 26, 2018
★★★★★
Really nice game, I love the humor and simplicity of the game! The art style is just WOWIE and I’m confused why I never heard of this game. I really recommend it, my only complaint is that level 4 stage 2 is just a little bit too hard. If you die at almost the end you need to redo everything again and that’s a bit too much for me haha. Much luck for the future developpers :).

Sorry for my bad English and bye

terry
Aug 14, 2018
★★★★★
Please ignore the Mega Melt below or above my comment! This games a must have, I completed the final boss in like 15minutes so the problem is the player and not the game! This deserves a lot more attention than it’s getting. Well done to the developers for this and hopefully they continue in the VR market with these sort of retro style games <3 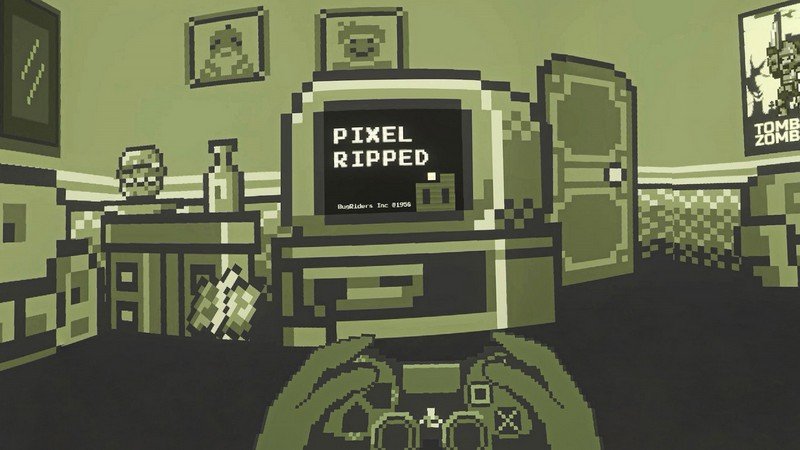 Greenlit
Aug 11, 2018
★★★★★
There isn’t anything to dislike about Pixel Ripped 1989. If you want to experience one of the best games available on Viveport right now, then this is the game for you. It’s well worth the time and money that you’ll invest, and I can’t wait to get lost in this nostalgic adventure once again.

jeff
Aug 01, 2018
★★★★★
Tremendous and long awaited.The 80s have arrived and invaded us with the gift of vr from the future.Future and past collide like two worlds and bringing us back to the past and inside the video game within a game.Praise Jesus !

Edward
Sep 12, 2019
★★★★★
Absolitely brilliant game from beginning to end, I loved the throwbacks and nods to many retro titles such as Alex Kidd and MegaMan. And the gameplay mechanic on having to distract the teacher and sneakily try to play your ‘not GameBoy’ reminded me of when I used to do the same in Primary School.
Well worth a shot, especially if you have Viveport Infinite

Dustin
May 05, 2019
★★★★★
The most amazing VR game I have ever played. Pixel Ripped truly utilized the unique aspects of what VR can do. You can tell that much work and love went into the project. Definitely play this!!!

Doug
Mar 04, 2019
★★★★★
A brilliant masterpiece. Playing a handheld in class while having to listen if the teacher is onto you is like trying to play two games a the same time, and that is just the beginning of this adventure! I don’t want to give spoilers. It’s a must-play if you had a handheld. Make sure you have a block of several hours, you won’t want to put it down.

York
Nov 25, 2018
★★★
The game presentation itself and amazing and colorful with a quirk on playing a 2D game within a 3D world. It would have been amazing – if it weren’t for the horrid controls. Like, if you’re doing any platforming game, who binds the shoot key with the run? You’re attempting to jump across platforms, where the 3D structures obstruct your view already and you have to deal with terrible controls. It went from nostalgic pixel games to nostalgic horrid flash games.

Tom
Sep 12, 2019
★★★
A really strange game. I’m not really into 80’s pixel games. I found it surprisingly intense, there are a lot of bright white transitions and load screens. You’re given a gameboy thing in a noisy classroom. Great idea for a game, just not my cup of tea.

XenithVR
Aug 05, 2018
★★
It was really good until the final boss, It took me 2 hours to complete, doing the exact same thing over and over again for 2 hours is not fun, I wasnt even happy once i finally completed it and it ruined the game for me

T
Jul 16, 2019
★★
Average platformer wrapped in a meta-narrative to distract teachers in specific ways. The very specific targets for distraction makes it hard to hit them quickly and consistently. The spitball uses head tracking and an invisible arc. It didn’t take long to see this was unremarkable and didn’t play to the strengths of VR.

Märten-Anhtuan
Jul 05, 2019
★★
The general idea was nice, but trying to look to side and center at same time is not fun and so is the multi level boss resets. I understand some might like the nostalgia of no save points but for me it got frustrating and I just wanted to complete it and be done with it.