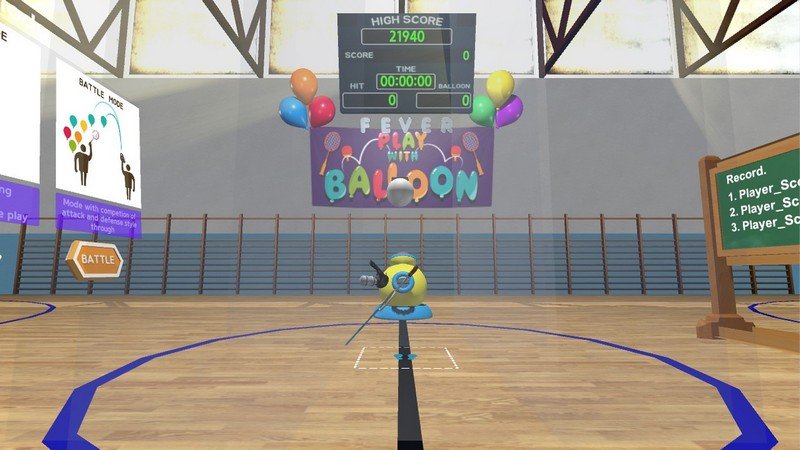 We think out that HTC vive has two controllers.
Consider this, we make new style game that player who doesn’t has HMD also can play together.
In this system everyone who not using VR gear possible to share entertainment.

Our purpose of developing is more people, from kids to adults can enjoy the game made of familiar things and also anyone can enjoy exiting experience.

We try to blending of new technical VR and fresh idea therefor we gonna make the interactive game more interesting and easier.

This game consist of single mode and battle mode.

In single mode, player can gain score by burst the balloon in the air with racket.

Receiver should burst balloons before it touch the ground.

Shooter can win if reduce the life completely.
Receiver can win if burst all balloons or alive in time limit.

Game rule is so simple and designed according to quality of interactive game.
So a few people even little kids can enjoy this game themselves.
We are going to make the game to play with everyone constantly.

There is no end of way to play with balloons. 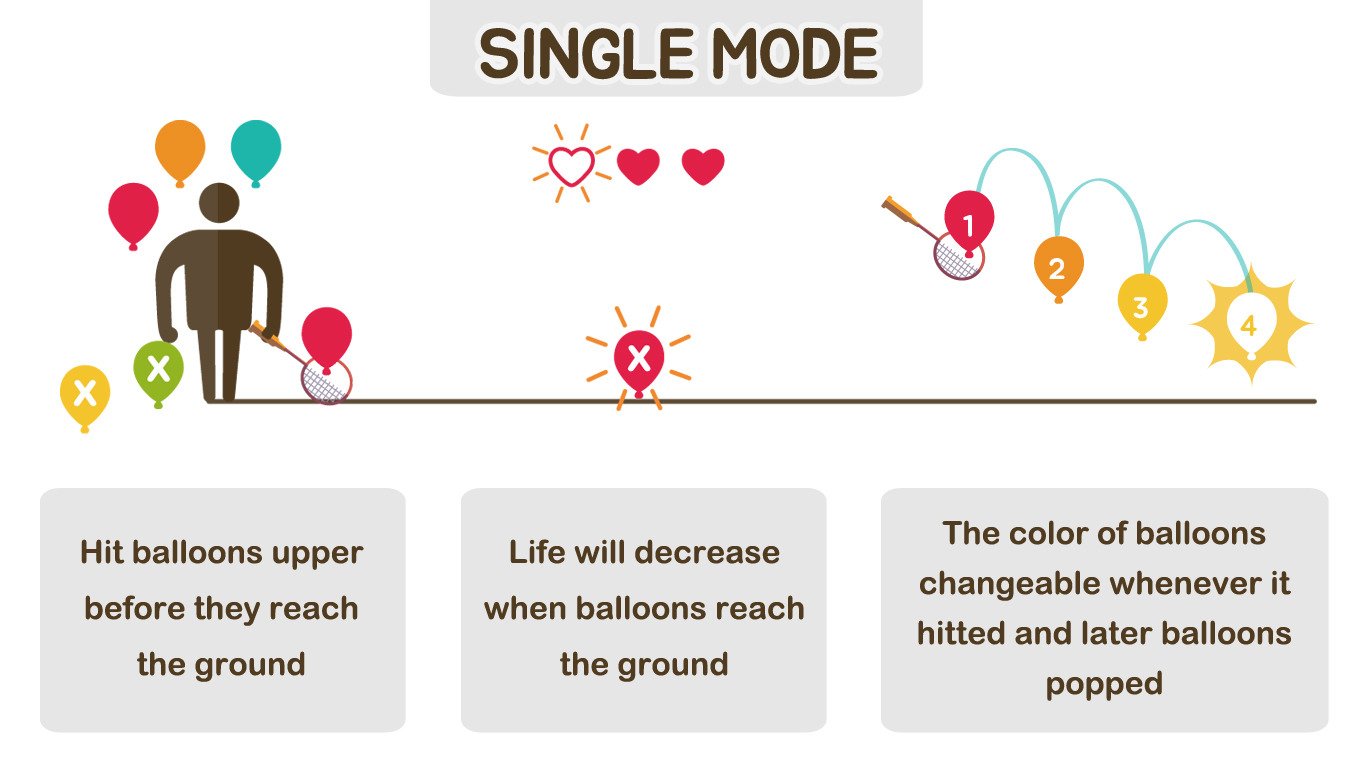