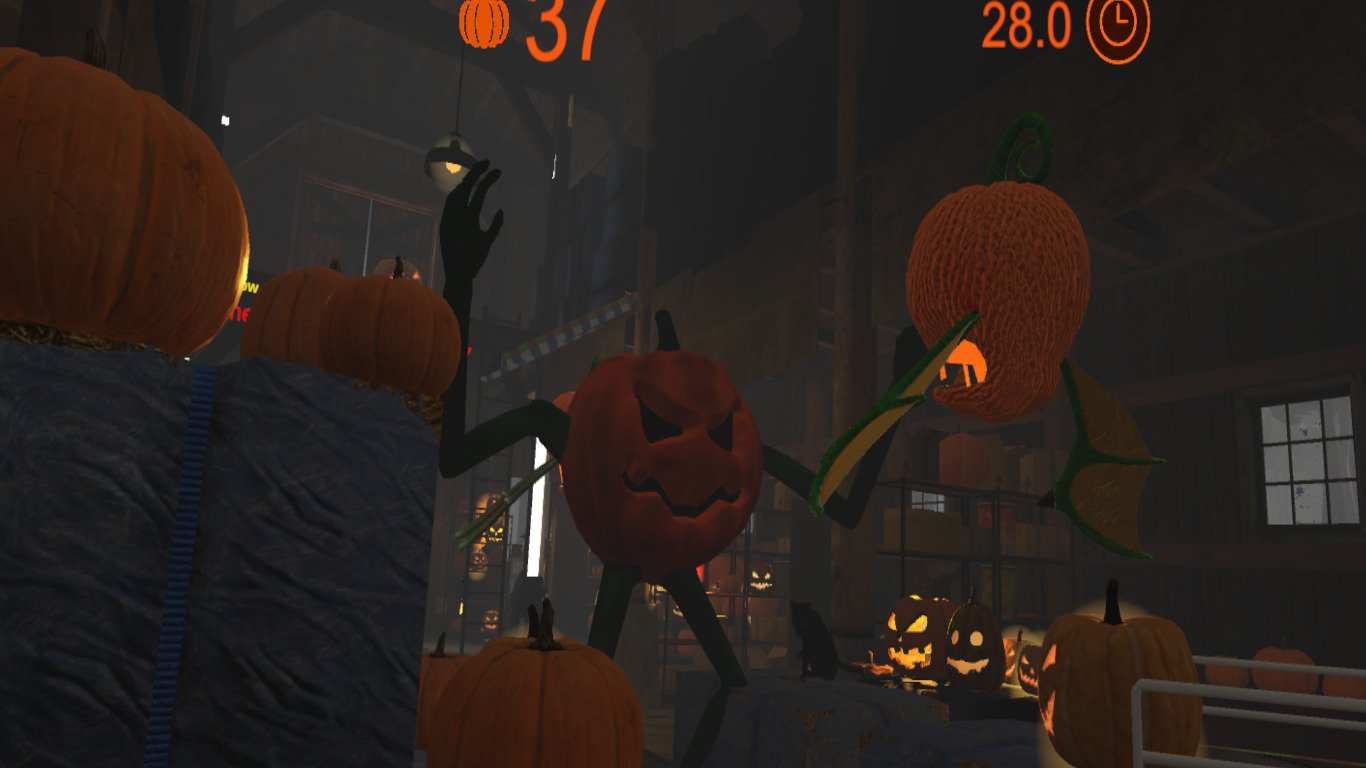 Released Nov 2019
A family friendly Halloween-themed virtual reality experience.Who can get the highest score by smashing the most pumpkins? Be sure to avoid the dreaded Black Cats! 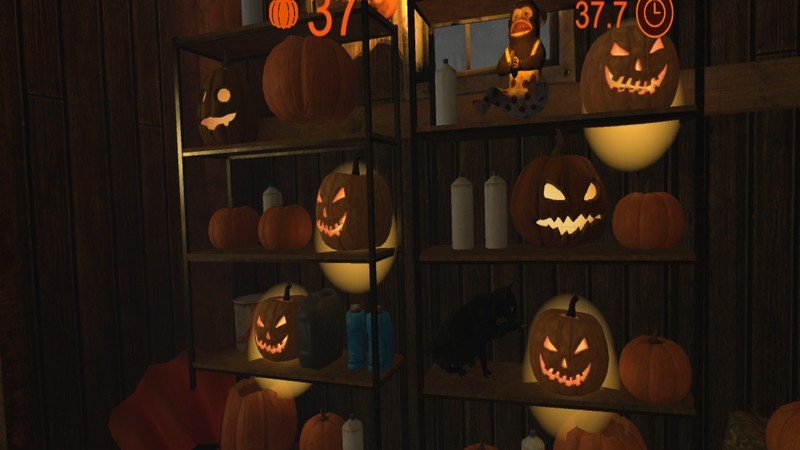 You are visiting the pumpkin farm just after Halloween. They store the pumpkins in the barn. Something has gone wrong this year, and the Ghouls have taken over the farm.
You must smash as many pumpkins as possible in the time limit. You smash pumpkins by picking them up and throwing them, or hitting them with a baseball bat or sledge hammer. You can teleport around the barn to get to more pumpkins. Also smash the Flying Pumpkins and Pumpkin Monsters. Find and smash the Pumpkin Boss.