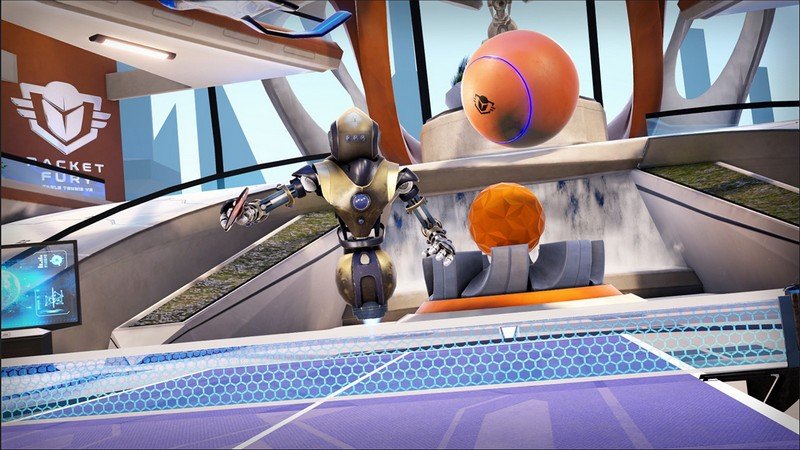 Released Sep 2017 3.4★
After an all-out war that took almost 2 millennia and claimed many lives of the Zen – Racket Fury Tournament emerged as the remedy to maintain peace in the Crown Galaxy. A fast-paced, strategic game that became an interplanetary phenomenon, bringing all the Zen together. As an aspiring Zen, you are challenged to join the most prestigious team that dominated the entire competition – the Division of Steel. Are you up for the challenge?

SINGLEPLAYER EXPERIENCE:
You’re about to face 4 members of the infamous Division of Steel per Cup. Beware! The higher the Cup, the more demanding and troublesome it gets!

CHALLENGING AI:
Thanks to a particularly advanced Artificial Intelligence in singleplayer, every opponent you’re going to play against will have their own temper and an utterly unique style of play.

EVER-GROWING CHARACTER:
Enhance your skills and become stronger with every match to be able to challenge the most renowned and agile representatives of the Division of Steel.

MOCAP ANIMATIONS:
To deliver the most realistic characters’ movements, we relied upon motion capture data for our animations. The actors participating in the recording were in fact professional table tennis players, which translates each player’s swing into one, fluid motion and makes the rivalry as realistic as possible.

ADVANCED PHYSICS:
As expected in VR, our aim was to address the simulation aspect of the game to provide the real table tennis experience. We spent countless hours on developing our own physics from scratch. Based on scientific research, it’s extremely realistic and translates your moves in the most accurate manner.

WORKSHOP:
Each victory provides you with valuable assets that allow you to develop your unique character. The more skillful you become, the more admirable in your rivals’ eyes you become.
(also playable on Oculus Rift) 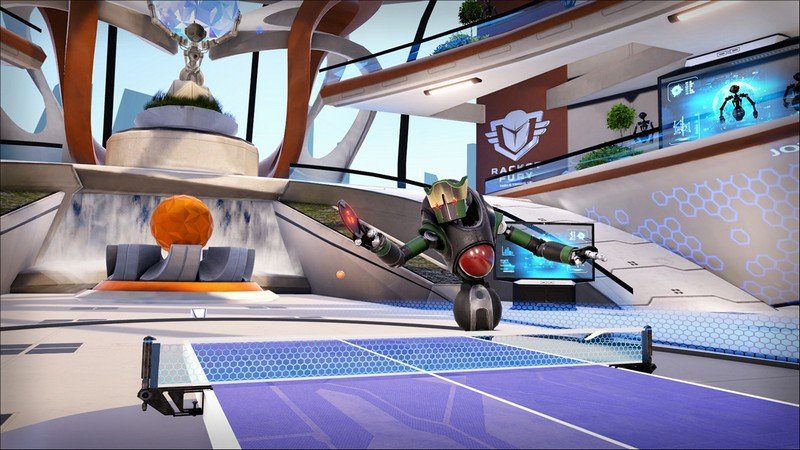 inso
Apr 04, 2019
★★★★★
Amazing mechanics! Feels just like playing casual table tennis during work breaks at the office. Except robots, and they don’t swear, and they’re much better players, being robots..

Look forward to online matches! Even just LAN matches would be cool.

UPDATE: I see the Steam version is more advanced with multiplayer already implemented.

Aadi
Jan 27, 2019
★★★★★
Loved it!
Great physics and feels really natural to play. Only wish I had more time, will come back once the game is closer to being finished.

Greenlit
Apr 09, 2018
★★★★★
In all, while it may have an incredibly silly sci-premise for such a realistic table tennis game, this is still the most impressively lifelike representations of ping pong in the medium. Developer 10Ants Hill has set a new standard in the genre, and you don’t have to be a sports fan to appreciate the level of realism achieved in recreating a sport with as much subtlety and speed in its back and forth as Racket Fury does within seconds of picking up a virtual paddle.

Scott
Dec 30, 2019
★★★★★
i thought it felt just like real ping pong, and i used to own a table for years. i was xtremely rusty tho so i only started in the practice mode. if i get super good and notice the tracking start to go astray like other reviewers have stated ill change my review. i think its super cool you can fine tune the paddle degree so it fits your hand position

Daniel
Oct 23, 2019
★★★★
The controls actually work really well for me, but not having multiplayer yet after all this time is upsetting, this was released in 2017… 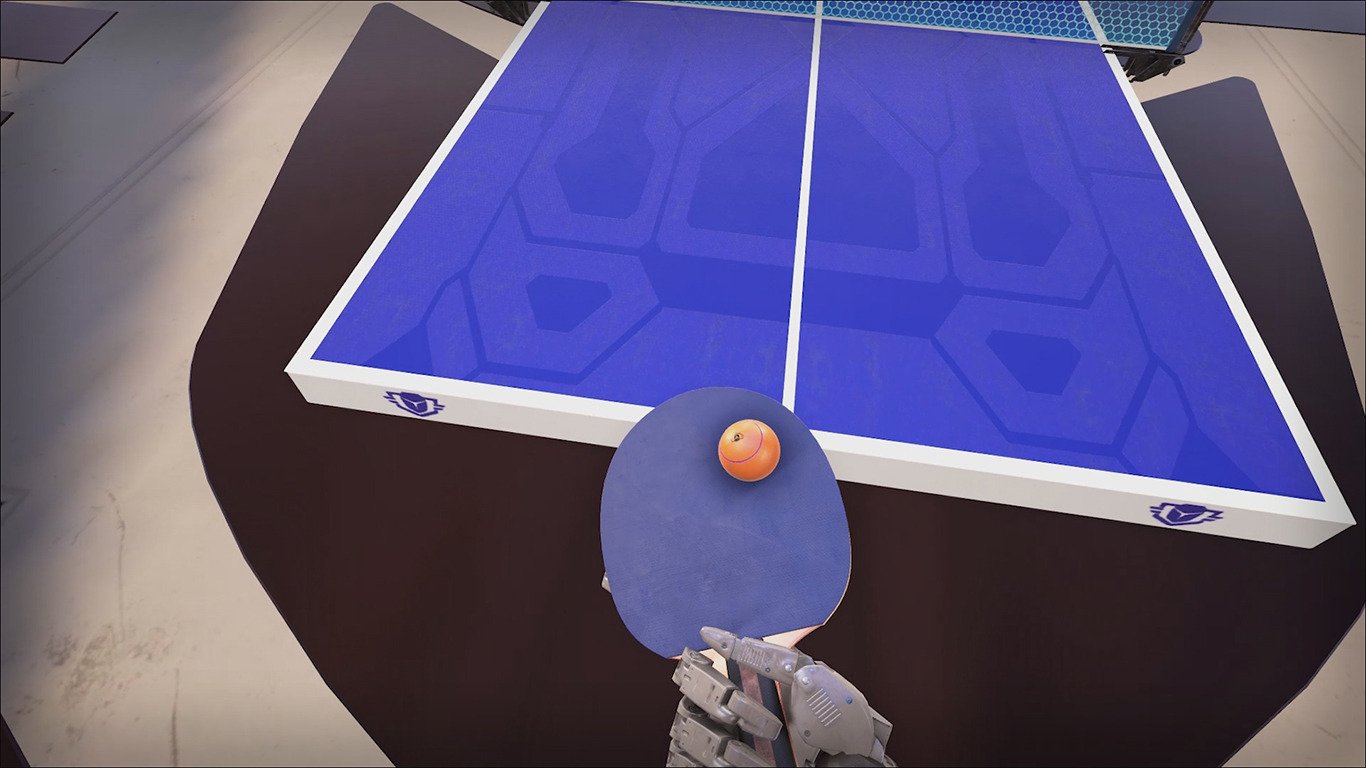 Paul
Aug 22, 2019
★★★
Racket Fury is a decent enough game, but it sadly exists in the same market as Eleven table tennis, and Eleven just simply plays a lot better, and the physics engine is miles better than racket fury

Finding
May 04, 2019
★
Was a favorite for a quick game or two.. until I started climbing the win ladder and getting higher level opponents and faster average ball speeds. It was then that I realized the more and more I played, the more I missed! More and more… everytime a fast serve or return is attempted, the paddle just isnt where my hand is. Thought my eye hand coordination was going astray.. So I started playing two other highly rated table tennis games (on Steam) and discovered its NOT me, its the game! The hit detection, tracking, something is way off. Also, NO UPDATE SINCE RELEASE… I guess that makes the in-game claim of “Multiplayer Coming Soon” quite the mistatement. There are better table tennis games. Eleven and Virtual Sports to name two!

Solo
Jun 02, 2019
★
I played this on the Oculus Go and it worked great. not this one though. Everything looks great and you have positional tracking. I’m actually okay at the real game in real life but I can’t his the ball with this. Something is really off.