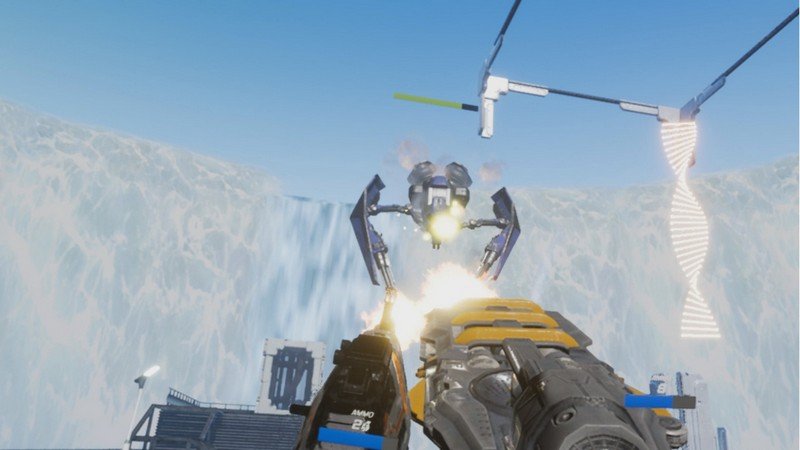 Released Jan 2018 3.3★
ERADICATE MACHINES. SAVE EARTH.
Jump into the middle of the action in Regenesis Arcade, the VR sci-fi shooter set in dystopian future ran by machines. Select one of two locomotion modes (free movement or teleport) and choose from variety of weapons, one for each hand, creating powerful synergies using perks to take the fight to machines.

Most of game’s content will be a bit different every time you play due to a random generation mechanism.

WEAPONS & UPGRADES: INSTRUMENTS OF DESTRUCTION
Collect weapons from each of three categories, that can be upgraded for maximized firepower. From gravity gun, through minigun, shotgun to powerful rocket launcher and wavegun, every weapon comes with its own strengths and weaknesses you need to consider while in the heat of the combat.

KNOW YOUR ENEMY
Fighting the deadly killing machines will not be easy. Coming from all directions, covering both ground and air, each enemy requires different tactical approach. Some will activate shields that either deflect or absorb damage, others will dodge swiftly every shot coming at them or make a kamikaze run right into your face. Do not underestimate your opponent no matter how small it might be!

THE WAR THEATER
In Regenesis Arcade, you will battle through 8 detailed maps in campaign mode, ranging from futuristic cities, through forests to atomic wastelands, in different weather conditions, including a snowy blizzard!

Discover and explore each map’s enemies and weapons drops in order to gain tactical advantage! After you finish the campaign you will continue in game+ mode, that will increase the difficulty and enable all types of enemies and unique weapons to be spawned in each level.

After you unlock a level, you can start campaign from any point you want, getting faster to the further part of the game but not having all the goodies you might have collected if you’d start from the beginning. It’s up to you to either save your time grinding or prepare yourself better for the onslaught!

GLOBAL SCOREBOARD
Feel the spirit of ARCADE competition and fight for the highest score on the global leaderboard! Random generation and long-run nature of the game encourages you to master the levels and the weapons to the point where you can effectively compete for the domination as the ultimate champion without getting bored. 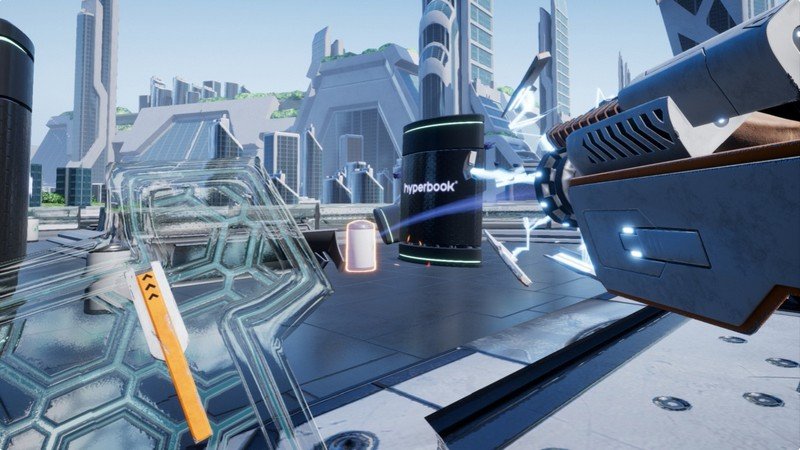 Greenlit
Mar 16, 2018
★★★★
Altogether, Regenesis Arcade Deluxe is a fun and fast-paced shooter. The game’s ability to make you think on your toes is a fun change, and it’s easy to work up a sweat and really get into the action. Meanwhile, the upgrade system is nice and leaves you with a ton of different options to change up the way you fight. I really like the quick ability to change weapons, though I wish it wasn’t so sensitive, as I often found myself changing weapons when I was simply trying to block enemy shots coming from behind. That said, Regenesis Arcade Deluxe is a solid shooter with some great mechanics that will test your skill in VR.

William
Nov 27, 2018
★★★
Fun…sort of. In free movement mode, you end up getting stuck a lot on environmental items, which is very annoying. I didn’t care for the process of picking up new weapons in the heat of battle either. Other than that, it’s a decent-enough wave shooter, okay graphics, okay weapons. 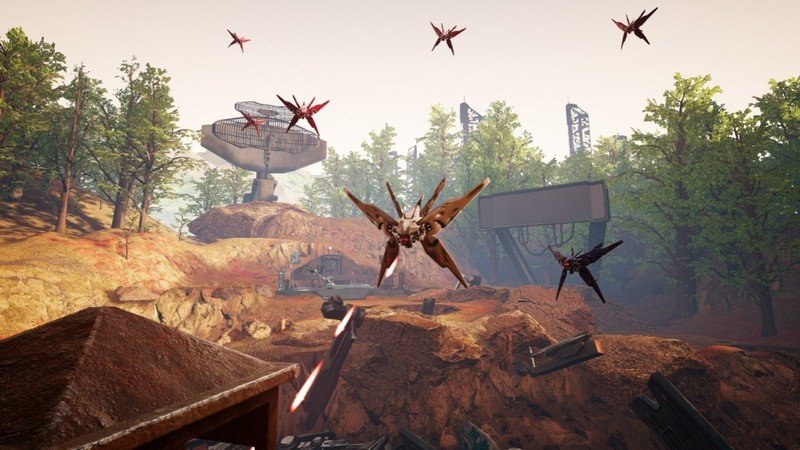 Anthony
Mar 25, 2018
★★★
The graphics are good and the upgrades are interesting, but I had a LOT of trouble with the gun switching to the shield and back randomly. It made it difficult to play.

Robbie
May 24, 2018
★★
I would rather there be no ‘behind back’ weapon switching and have the sheild permanently in one hand than for it to be this awful. It’s based on where you are looking so if you weapons are held level and you dare to look up while holding your weapons in the exact same position they will change and if you try to reach behind your back while looking up they won’t change. I genuinely believe this game would be improved by removing this feature until it can be implemented in a less frustrating way.

BattleSaint1968
Feb 25, 2018
★★
This game feels like a “Space Pirates Trainer” clone. its missing the clean on polished feel. switching between the shield and guns was not very distinct, i would be shooting at object above me and my gun would just switch to the shield and back in forth so i had to limit how i could shoot so that my gun would stop changing back from forth.