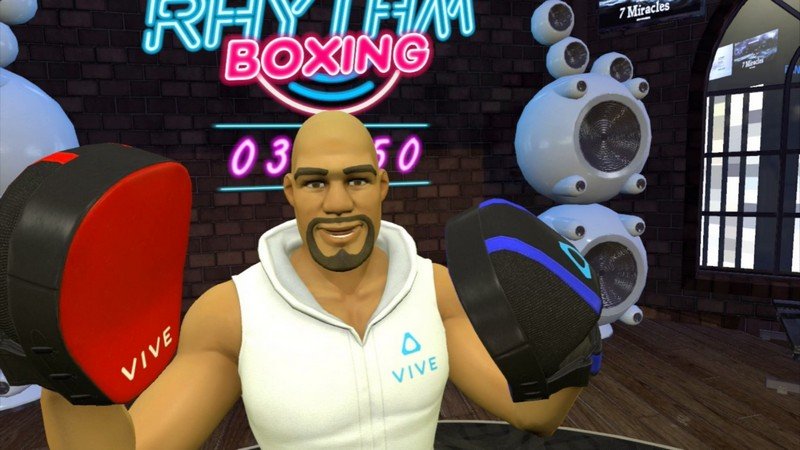 Released Apr 2019 2.4★
Rhythm Boxing is a music-based boxing game with unique songs. Face off against your personal trainers Thomas and Emma as they teach you how to rhythm box! The instructions are simple and easy to follow. Quickly follow the circles and throw out jabs and hooks to build up a combo but watch out for punches from the trainers. Shoot for a new high-score or simply challenge the trainers, either way you are sure to burn some calories and build up a sweat.

【Easy to control】
It’s easy to get started, simply pick up the controllers and select a level to start boxing. Anyone can understand the game and play after just a few seconds!

【Music】
All the levels have their own unique soundtrack and focus on the rhythm of boxing!

【Challenging Levels!】
10 levels ordered by difficulty each being a bit harder than the last. Can you beat all 10 levels? Challenger players from around the world with the leaderboard system and shoot for high-scores all while working out! 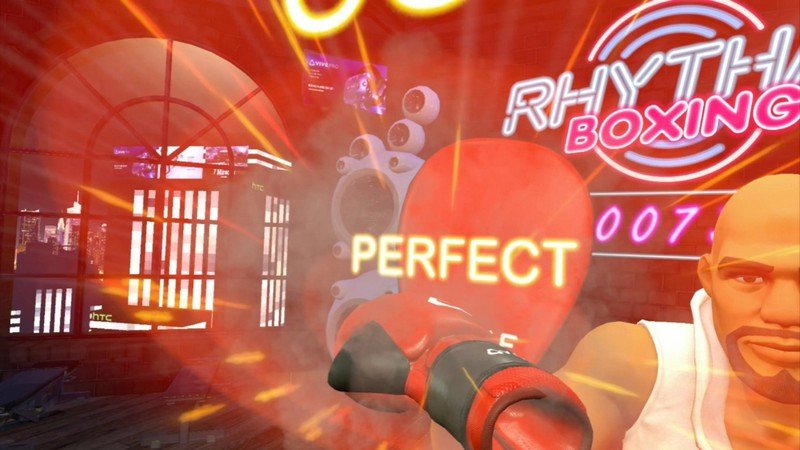 Nils
May 08, 2019
★★★★★
Love it so far, easy to get into and gives a workout. I hope more challenge modes get added on. I love this idea though, it pushes me but I don’t feel tired until after.

Hauke
May 14, 2019
★★★
This game has a lot of potential. I like that you play against an opponent and that you can change the height, so it matches up.
I did not notice how the game matches the punches to music. So it is not a rhythm game at the moment.

It is a simple, neat game, perfect to give it a try using the subscription service. Might be worth the small price tag, but that is up to you. 🙂 The game needs an internet connection to work. Perhaps you have to give it an exception in your firewall.

Jared
Apr 27, 2019
★★★
First of all I appreciate anyone who’s making a VR game. The biggest problem with this game, however, is that it’s fundamentally not a rhythm game like ddr, guitar hero, and beat saber. It’s a reaction time game down the vein of whack a mole. This isn’t necessarily a problem it’s just not what I expected from the name.

There are a few other quality of life issues which would be good to fix. For example I don’t really want to wait 15 seconds for dialog at the beginning and end of each level before I can start. Just let me get to it.

Mark
Jun 11, 2019
★★
Very good idea, but the boxing feels wrong. Several times, I have hit in time, to be told it wasn’t! Uninstalling unfortunately. 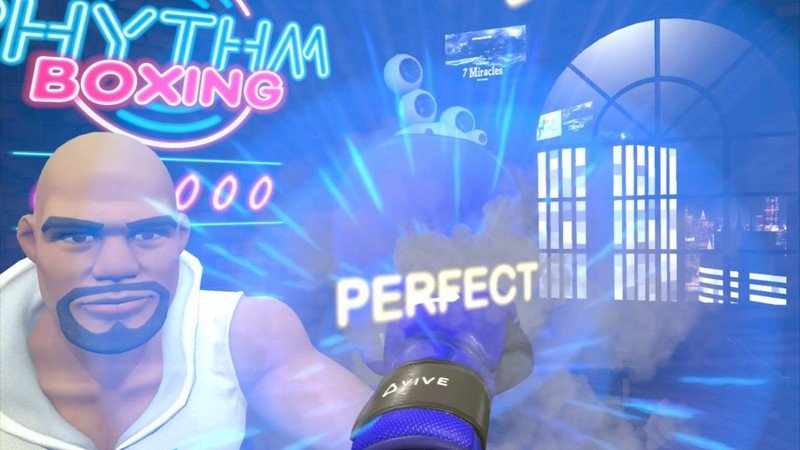 Mad
May 18, 2019
★★
The timing for when I was actually hitting on-time weren’t counting as on-time. There’s not a lot to it and I wish it was better.

Timothy
May 02, 2019
★
While I appreciate what the devs are attempting to do, this is not anything like Beat Saber or Audio shield. It’s basically whack-a-mole, hoping that you’ll hit in time. But the game frustratingly doesn’t let you get into a rhythm and also forces you to stand too close to the trainer, so swings feel…extremely awkward. This entire game can be summed up as awkward really.

This needed a lot more time in the cooker before it was ready.

Logan
Apr 26, 2019
★
Just terribly executed positioning and hit detection. The difficulty ramps up by just testing how fast you can throw the punch out and never tests your endurace or form.