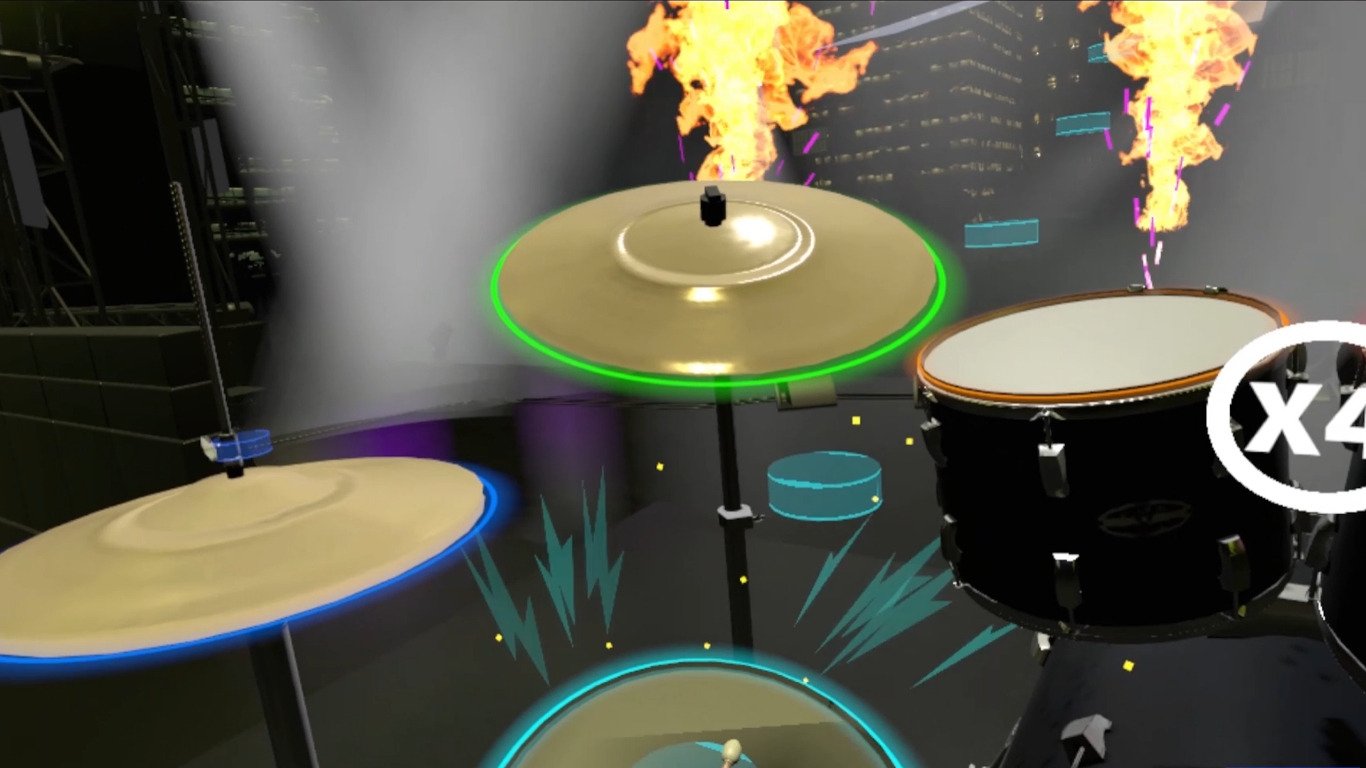 Released Dec 2017 2.1★
RIFF VR is an Early Access game that makes you the player in your own rock and roll world. REAL MUSIC with VIRTUAL INSTRUMENTS. Guitar, drums and vocals. Choose from tracks by KISS, Poison, Fall Out Boy, X Ambassadors, Lynyrd Skynyrd and more. Perform in your garage with your band, or in a TV Studio, or on stage in a Stadium. Create your own Custom performance environments and band setups, then perform in them. Built in-game support for streaming with OBS and LIV.
(also playable on Oculus Rift) 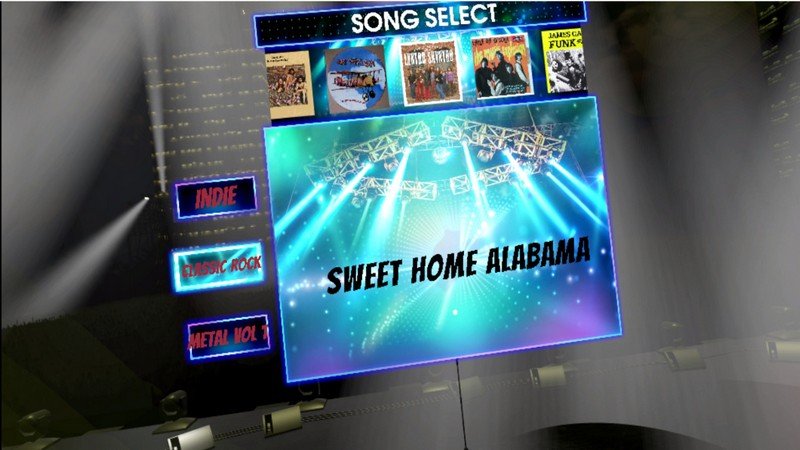 Wasted
Nov 23, 2018
★★★★
I really wasn’t expecting much with this game, as it hasn’t gotten much attention, etc..but I decided to add it as a Viveport sub to check it out. Boy, am I glad Viveport exists because this game rocks!
You can choose from a variety of songs and either be the guitarist or drummer (they offer singer too, but I won’t even try that, lol). Using a virtual guitar is a bit hard to get used to, but once you do, the enjoyment you get from it can be amazing. I jammed on some songs and really got into it, which is the sole purpose of any game like this. Being the drummer also worked as well. Though the song selection is a bit limited, this game has quickly become one I look forward to playing. Kudos to the game developers, as this game is fun and works. It’s one of those rare games I subscribed to.. and now bought because I can’t imagine playing VR without it.

Johnny
Jan 17, 2019
★★★
Pretty nice game. I don’t like the guitar part and didn’t try the vocal one since i’m not interested. However playing drum is very funny and the game comes with good songs too.
It need more songs selection or you can get bored very fast.

Andrew
May 06, 2019
★★★
I was really into Rock Band in it’s heyday and I play a bit of guitar and drums in real life, so it seems like Riff VR would be right up my alley. It’s definitely a cool idea although I found the execution a bit lacking, as far as physically playing the instruments.

Guitar is not bad but I found it was really finicky about finger position when fretting, which makes it hard when you can’t physically feel the guitar. And the same problem with strumming.

Drums have some issues with double hits, and at the same time it doesn’t seem to register semi-fast rolls when you do them intentionally. Also the “hard” chart on the song I played (“Swing Swing”) was not good, it seemed physically impossible – eg. a fast roll requiring two hands on the floor tom, but at the same time a snare and cymbal pattern. I suggest whoever makes the charts should have to first play them with 100% accuracy. 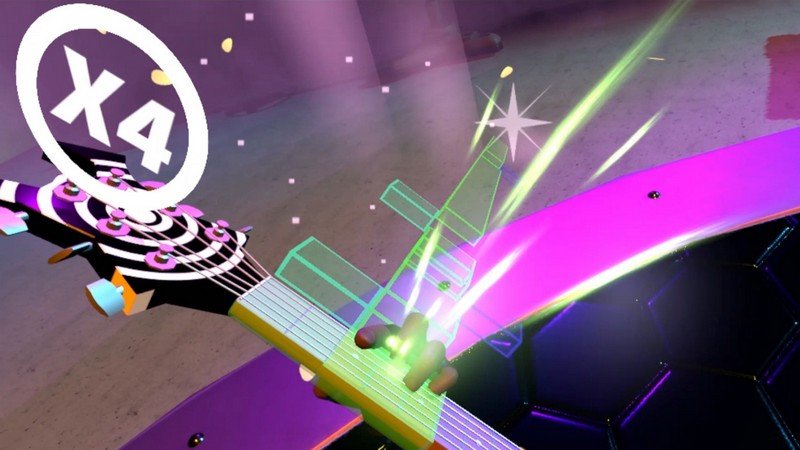 Paul
Sep 23, 2018
★★
No left-handed options makes this pretty unusable for us south-paws.

David
Jul 26, 2019
★★
This definitely has the Rock Band/Guitar Hero feel for VR, but misses the target. No haptic feedback and the fact that everything clips just makes it feel even worse. Singing has a neat little karaoke like screen, but then doesn’t do the following along like most karaoke. There also needs to be a way to rotate yourself, especially for the drums. The “new drum cues” were fairly easy to follow, but then slow down right before they hit the cue. They should remain at a consistent speed to help keep rhythm. The silence of selecting a song makes the game feel like it’s broken, as with most music games, there should at least be a sound clip of what you are selecting. The easy difficulty actually gets boring as there are huge breaks where there could at least be a note here and there. Glad I tried this in Infinity.

Sidhia
Jul 01, 2019
★★
It looks like it would be fun and the first game of its like i have seen on Vive VR but the game controls don’t seem to work most of the time and i cant figure out how to navagate from inside the stage area. A good idea but not quite there yet at least with a vive controller.

Maskedghost
Jan 12, 2019
★
Constant silent crashes. No way of identifying what the cause is. Song list empty.

Austin
Jan 03, 2019
★
As a drummer this game is kind of infuriating, the sticks clip through all the drums so you end up hitting them twice. There is no song preview for any of the song as far as I could tell so you kind of go in blind if you don’t know the song. Not all songs have difficulty ratings. The amount of songs is pretty disappointing. It just kinda feels incomplete overall. Maybe in a year or so the game would be worth it but for right now save your money and just play Rock Band 😉

Wholly
Sep 30, 2018
★
So bummed. Tutorial went well but when going into the main game it complained about a windows audio error. Despite all my poking and forced configuration in in steam, not a thing changed. I think it’s reasonable to expect that VR audio from fixed/known hardware configurations (especialy when menu and tutorial work) work. Let me/us know when you think you have this licked.

Note, if you don’t have a semi-complicated audio setup (honest, a usb sound card should not trip up vr since audio is in headset) this might work just fine.