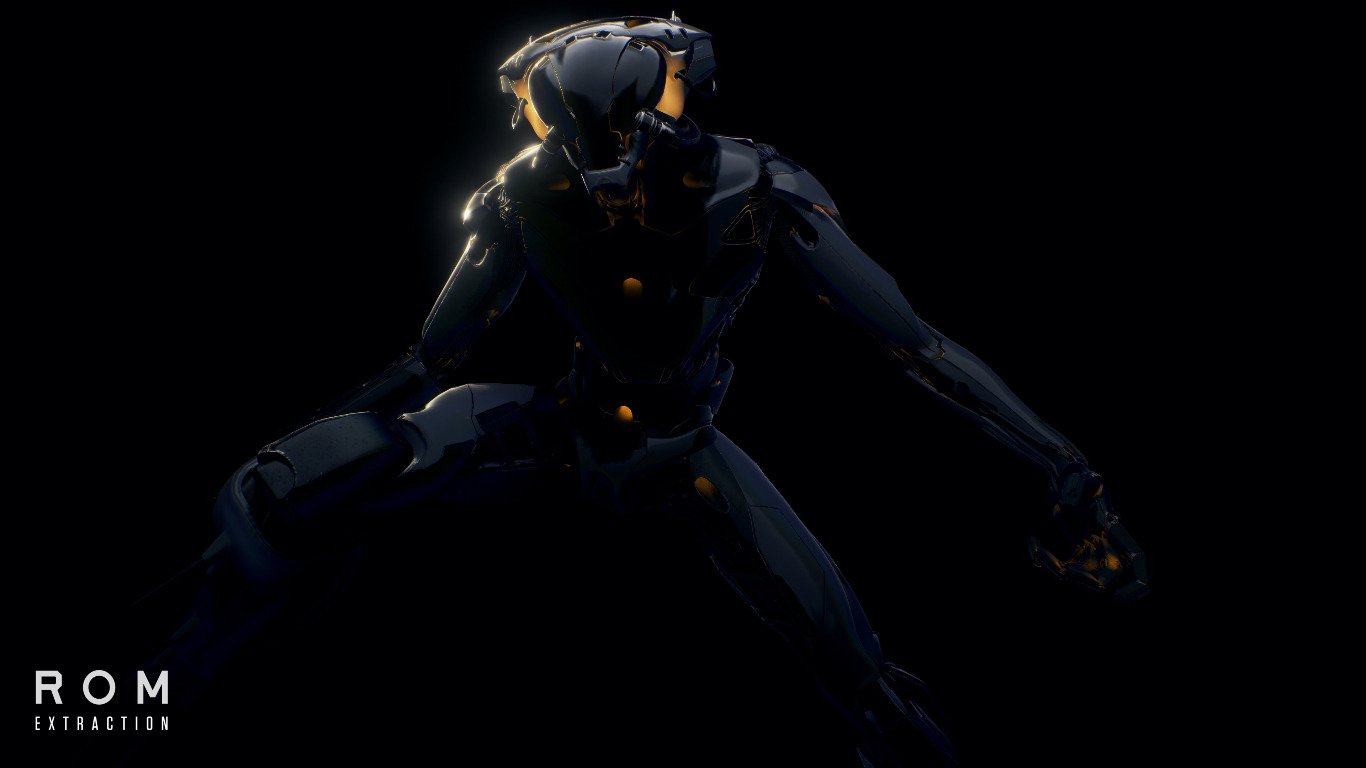 In ROM: Extraction, you play as a member of an Orb Extraction Unit in the year 2076, on your way to extract alien eggs from chambers on the moon. Your dropship is being prepared for launch, giving you just a few minutes to defend yourself against an onslaught of attacking extraterrestrial-bots who are protecting these chambers. Your suit is fitted with an Orb dispenser which you use to spawn Orbs in your hand, and then throw at the extraterrestrial-bots. You are also holding a direct energy pistol which is VERY useful when igniting Orbs for strategic kills. In addition, the pistol contains advanced technology called “Reflex,” which allows you to slow time. Throw, Slow & Shoot to take down enemies in the most strategic way!

Gameplay
*With one hand, spawn Orbs and launch them at the extraterrestrial-bots, while using the Reflex to slow down time for short bursts.
*With time slowed down, aim your direct energy pistol and ignite your launched Orbs in proximity of the bots for the most strategic kills.
*Discover the most strategic ways to “Throw, Slow & Shoot” to trigger one hell of an extraterrestrial-bot-pocalypse.
*It’s up to you to bend the laws of time…and get out of there alive!

Key Features
*Experience the awesomeness of having your FULL ARMS IN VR!
*Engage in an exciting new style of VR gameplay–wield the power to slow down time, and use it as a weapon. Launch Orbs, slow down time with Reflex, and shoot Orbs in proximity of the extraterrestrial-bots for insanely satisfying, insanely explosive kills.
*Three modes of play: Normal – Hard – Survive
*Leaderboards: See how you stack up against your local and global Extractors
*Achievements: Earn up to 15 different Steam Achievements
*Cooperative social screen feature: Play in a room with others in real-time, let your friends see a top-down view so they can “egg” you on.
*Featuring the ROM: Extraction theme song “First Contact” by Twin Moons (aka Le Castle Vania). 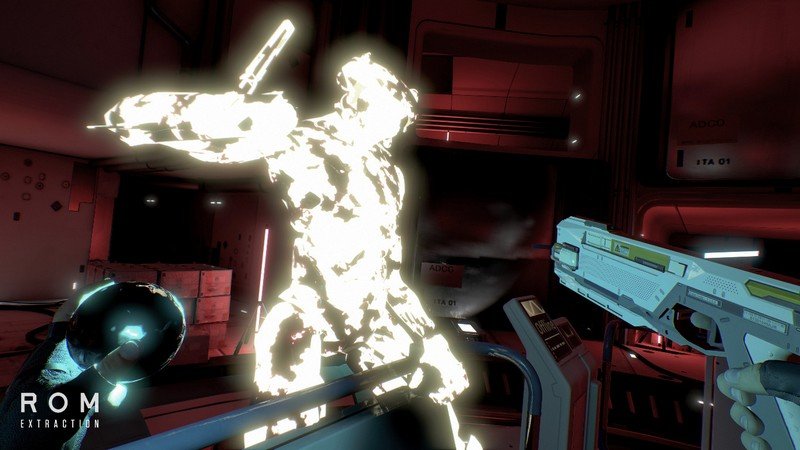 chris
Jan 08, 2018
★★★★★
i love the game, great graphics and able to play in a smaller play space. Guests that come over to play my vive enjoy this game most of all. I only wish there was more to play, and an online multiplayer would be super cool.

Greenlit
Mar 16, 2018
★★★★
It may not have a very wide variety of environments or modes, but comparing it to classics like Space Pirate Trainer, it’s safe to say that ROM: Extraction holds its own in the upper tier of great arcade shooters worth playing to work up a sweat and challenging other players for the tops on the leaderboards. It’s a polished, audio/visual sensory overload of a shooter with terrifying creature designs and a constant sense of tension that will keep your guns blazing in all directions.

F
Jul 20, 2017
★★★
Nice game mechanics. love the orb concept, but my main problem with this game is that it’s only two levels… or let’s 2 stages of Level 01, if I had known that I would’ve added another game with a more time filling experience.
Multiplayer is locked for some reason. 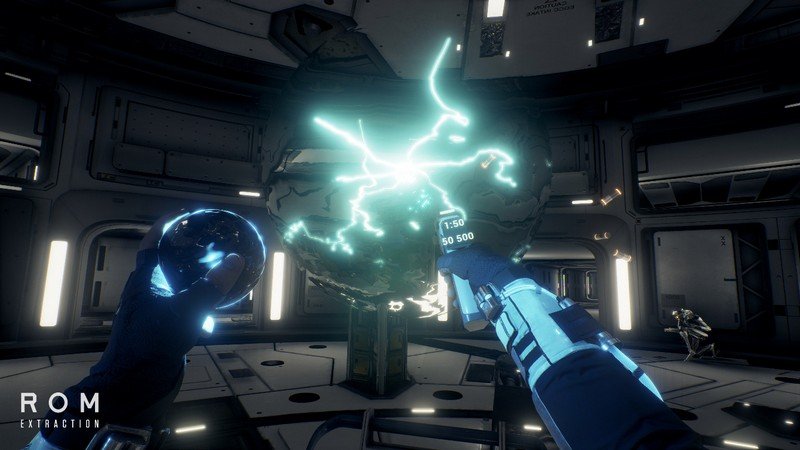 M
Feb 10, 2019
★★
This game has decent graphics, but feels like an older type of wave shooter. Lacks that satysfying kick when you shoot something, like SuperHot. You shoot and the gun doesn’t even have feedback. And you shoot and shoot and shoot at those robots and they just sit there until 5th or 10th shot gets them finally. No feel like it affects them in any way. It’s all about spawning grenades en mass, slowing time and just more mindless shooting. Uninstall aftewr first try.

Deviouststr
Oct 05, 2017
★★
It’s so ridiculously fast paced that it’s really hard to keep up with what you’re doing.
Normally, being fast isn’t so bad but this one is hectic! It really takes the fun out of it as it’s just a simple wave shooter that shouts at you nonstop to shoot in every direction at all times.
very much a one-note game, and while graphics are great, gameplay is a bit tedious.

Zippy641
Jul 23, 2017
★★
This is a wave shooter. I am not sure what is up with the release date. Steam is showing December 2016 as a release date. I mention that because this game only contains at most 11-15 minutes of gameplay and the developers have not updated it in that time frame. The graphics are nice, but it is unfair of them to set it at such a high price and never update it.

broxer
Jun 17, 2017
★★
Graphics are very nice but there’s virtually no movement and the orbs are near impossible to throw accurately. I thought it was just me but after having my friends try it they were done with the game after the 2nd level. Stationary shooters are boring, IMO.