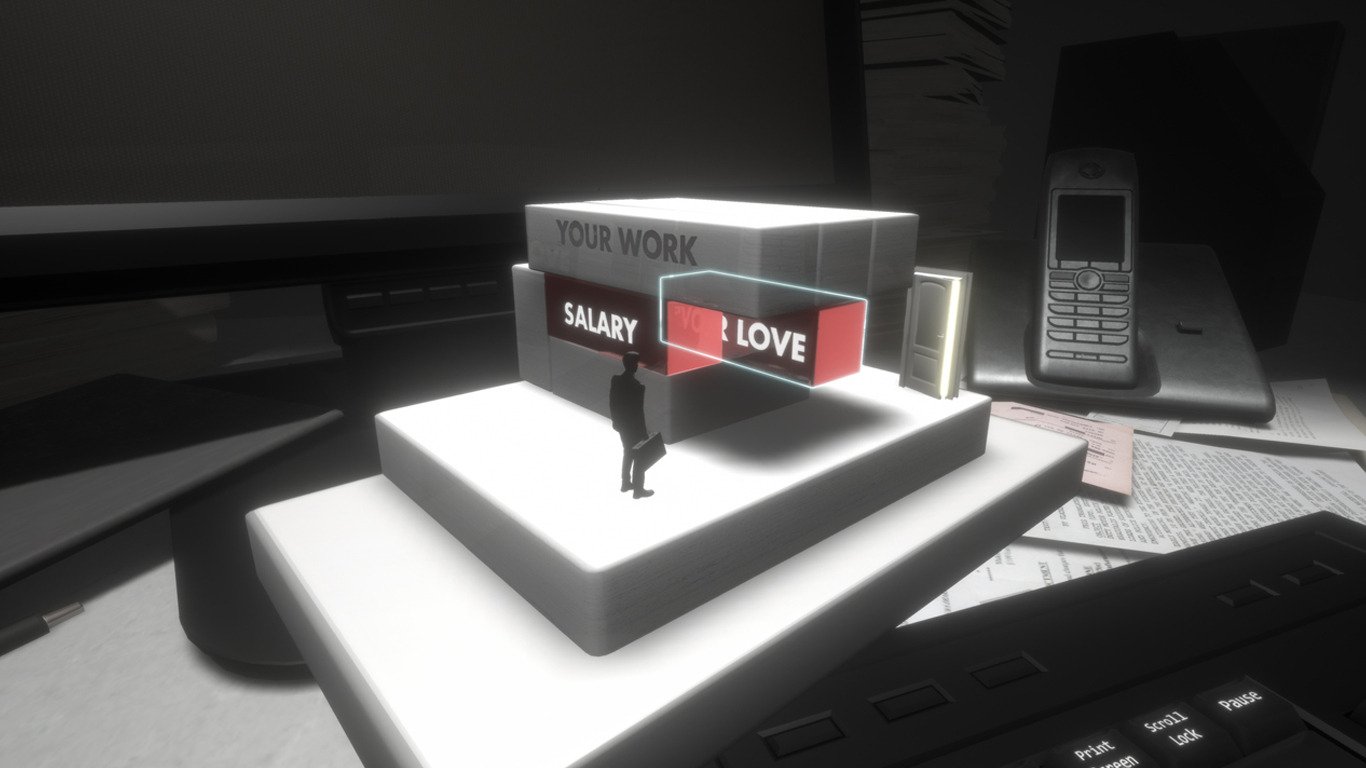 Released Sep 2018 4.0★
Tired of work? Feeling trapped at your position with no hope of promotion? Vent out your deepest frustrations with Salary Man Escape, a satirical and edgy physics puzzle game about helping a disgruntled Salaryman escape his miserable life. Featuring PC-exclusive levels!

Through clever physics interactions and manipulation of different bricks and platforms, players must reorganize an edifice of unstable bricks, in order to create a route for the salaryman to reach the exit.

• Physics-Dependent Puzzling: Solving puzzles is all about leveraging physics properties like weight, balance and force. Challenge your brain by both experimenting with solutions as well as thinking a few steps ahead in getting the Salaryman to his destination.

• Featuring Fully Suppored VR Mode: Users can start puzzle solving in the full VR mode, granting the player 360 degrees of freedom to immerse him or herself in the world of Salaryman.

• Edgy Art Style, 80’s Japan Soundtrack: The game features a minimalistic, monochromatic visual style, contrasted with a cheerful, classic 80’s Japanese soundtrack, to evoke and symbolize the bleak, yet often ironic and humorous existence that is the “Salary Man”. 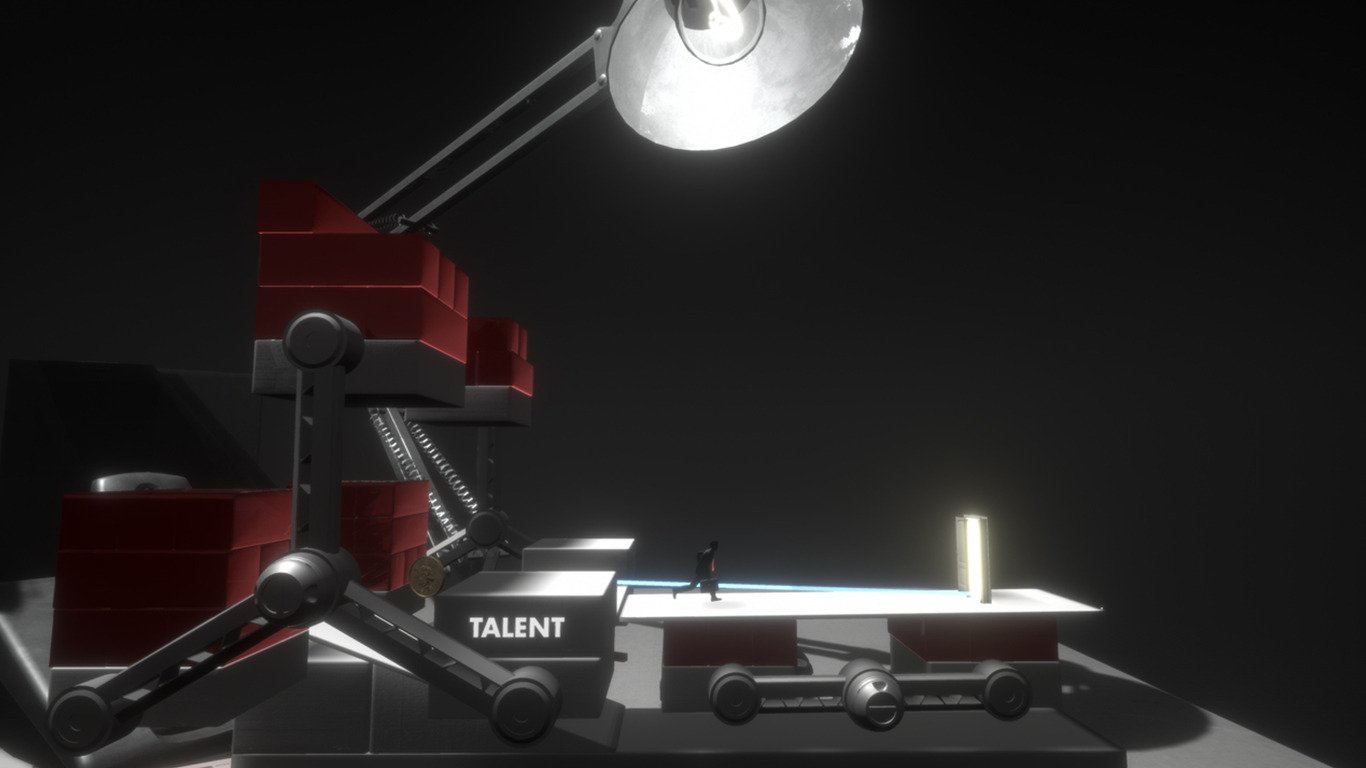 Aadi
Nov 23, 2018
★★★★
Cool puzzler to try, some really hard puzzles! A pretty awesome experience if you’ve just got into VR!