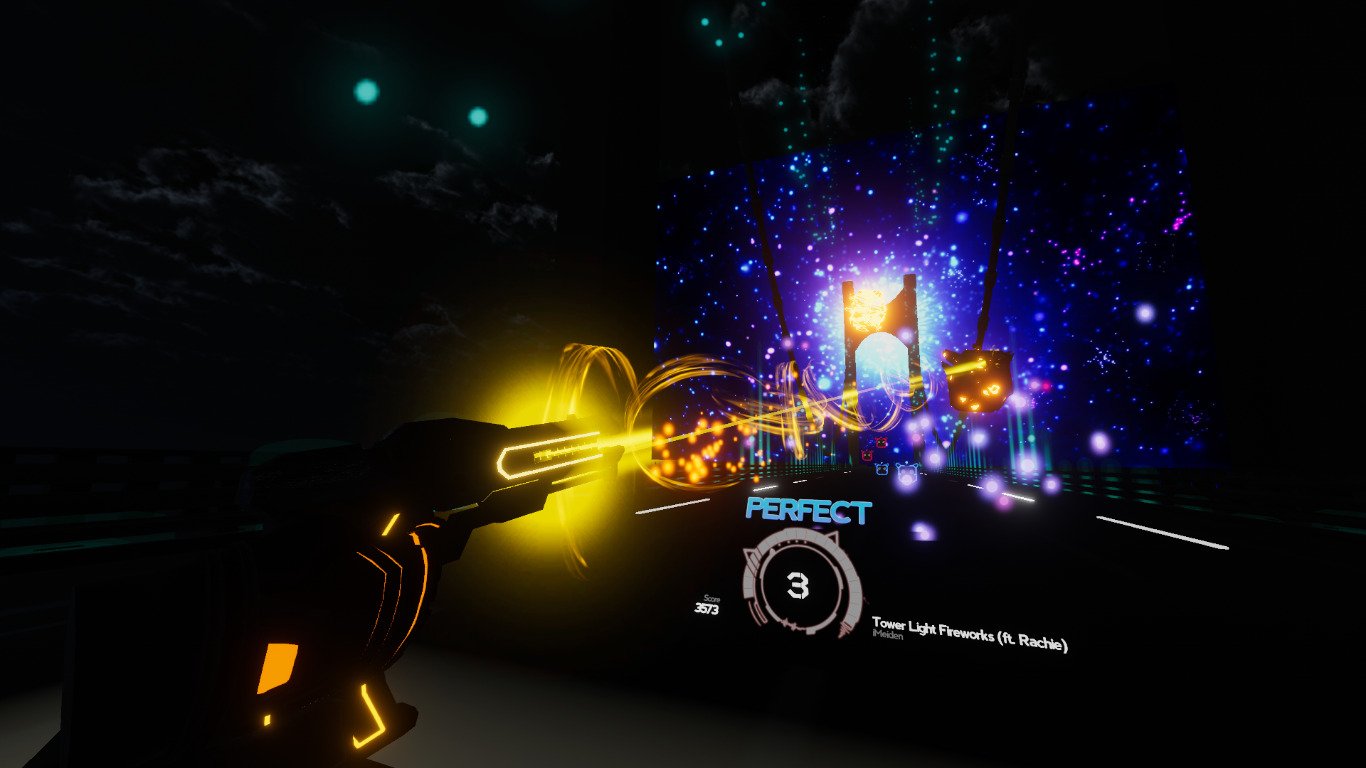 sCATter is a VR shooting rhythm game that shoots UDADA, a cat robot flying towards the player, according to music.

It’s a new but simple rhythm game.
aim and shoot the flying UDADA to the music with a gun corresponding to the controller of both hands. Anyone can learn how to play!

Choose the songs you want and select the difficulty level to play! If you don’t like the speed at which the UDADA flies, you can adjust as fast or slow as you want.

We will update more various songs and themes later on.

Please look forward to it! 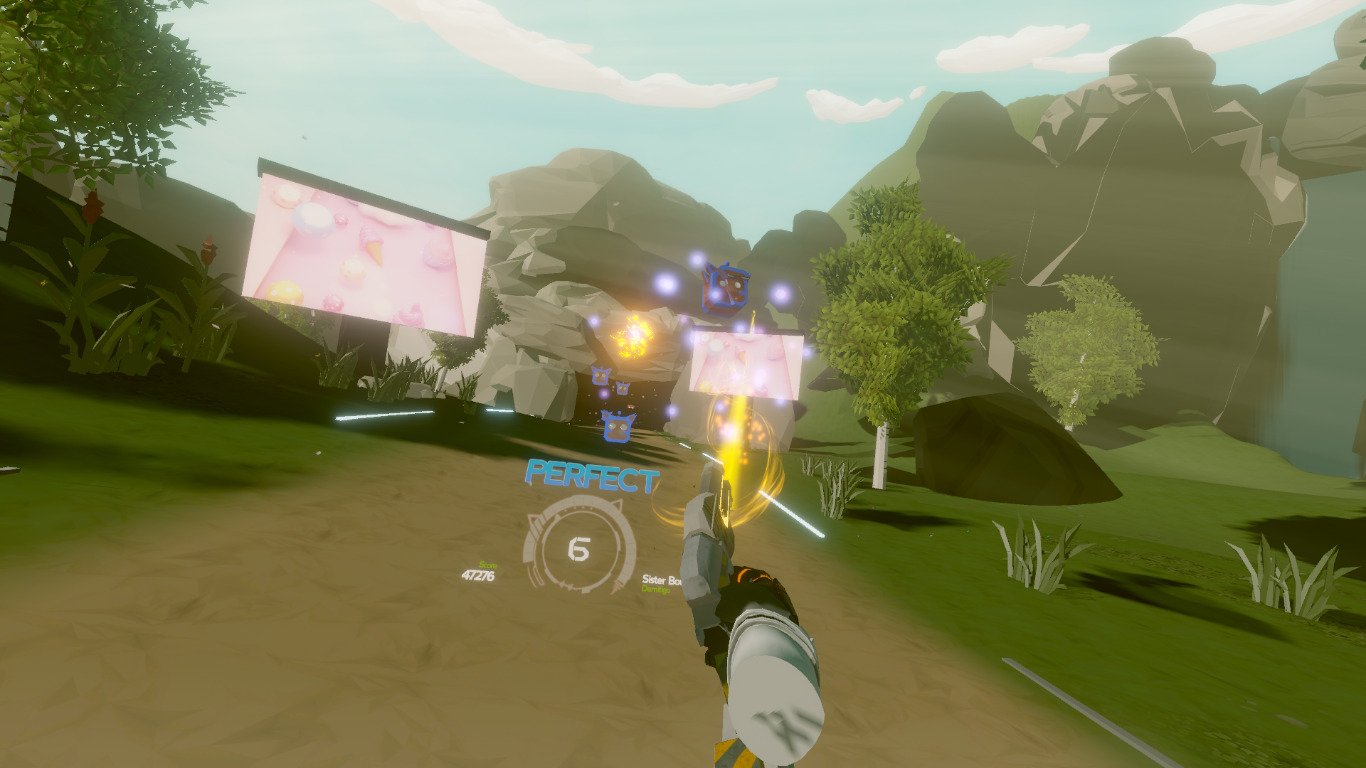 I really disliked all of the differnt sound effects. They really sound so like shooting and are not blending into the music. I set them to very soft. This is the next problem. Beat maps vary heavily in quality. And I don’t like you don’t have to move much.