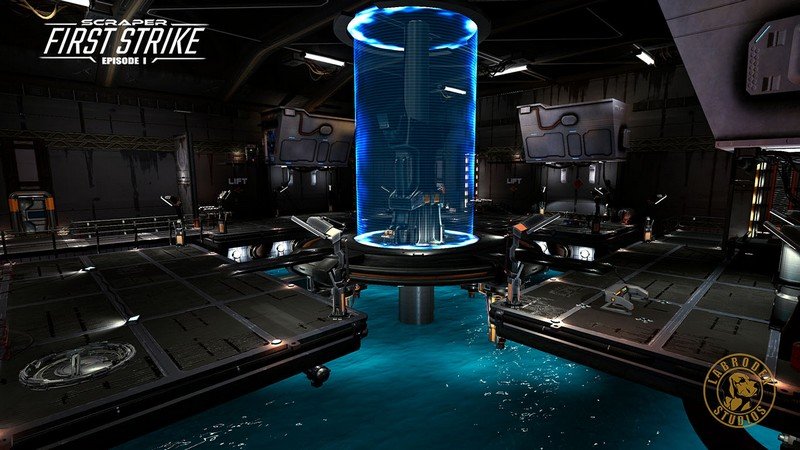 Released Nov 2018 4.4★
SCRAPER: First Strike
New Austin was more than a refuge from the wastelands of a world ravaged by wars, disasters, and disease. It was the perfect city, a Scraper megacity, with residential complexes that housed millions, food-production towers that extended above the clouds, and robots that served to fulfill every need. But after the world’s most advanced AI witnessed an act of human aggression that endangered every life on Earth, he decided to take care of humanity . . . permanently.

SCRAPER: First Strike, in VR is a sci-tech shooter with RPG and exploration elements, it will take the player on a journey through a new IP with fully developed characters, story arcs, and a world filled with unique and exciting environments.

In SCRAPER: First Strike, the player takes on the role of Casey Maxwell, a Modified Hover Pod pilot, and a member of the Human Resistance Force (HRF). Your mission is to help the HRF take back Reactor Building 3, restore power to the secret military base, and drive back the Humech robots that have seized New Austin. You’ll explore the world with full locomotion controls, and will be able to modify your weapons, engineer new parts for your POD, and barter for consumables that will help you on your journey. If you have what it takes to carry out dangerous missions, and infiltrate highly secure levels, sign up now with the HRF and help defeat the Humechs! 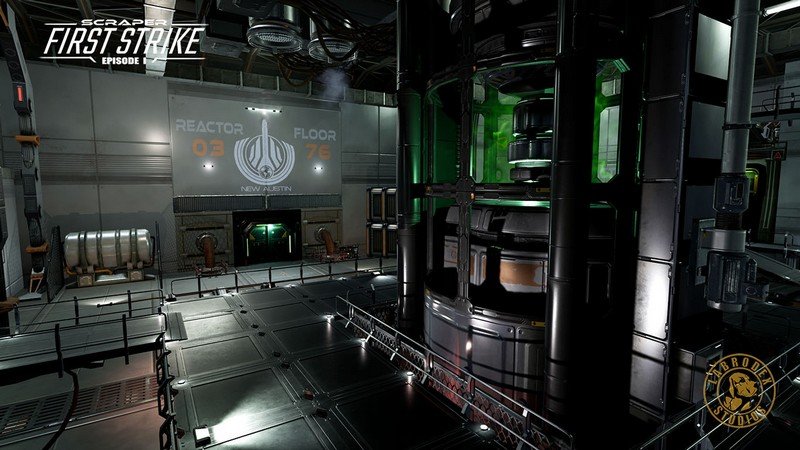 Kyle
Nov 23, 2018
★★★★★
The game is just amazing. To be honest, it looks like one of the first fullly fledged singleplayer VR games, with great story and polished/fun gameplay, crisp visuals and meaningful progression. Honestly, between this game amd echo combat my VR needs are satisfied 😁
I love the setting, very akin to Deus Ex, fluid combat and animations, and different weapons. Oh, and interactive cofckpit and full body rendering!!
Its really immersive too. Some pros:

Save/load game at anytime from the menu. *weapon crafting and upgrades

petrus
Jan 11, 2020
★★★★★
good game. The graphics and world design are awesome, and the game has a very good interface – the weapons have triggers and levers you get to operate. Totally recommend

Joseph
Jan 15, 2020
★★★★
Neat game, but toward the end there’s some bug that makes progress not possible. It’s on the Reactor Level when you go up an elevator to do some alignment on 3 terminals on a platform above, you can’t get back down with the elevator because the game registers it as instant death. Jumping through the center opening doesn’t work either as it kills you mid-air 1 second in.

Paul
Feb 02, 2020
★★★★
The sitting down aspect was defininitly a refreshing change and the sci-fi graphics and elements make for a fun experience. If you are new to S/FS take your time to get used to the controls, upgrading your weapons and skills goes a long way toward beating even the (seemingly) hardest enemies. Its great how you can simply visit a level of the Scraper to kill more enemies (to make credits for weapon upgrading) or to simply explore. On Vive Cosmos the game worked flawlessly. However i9 9900K and GTX1070Ti probably helped a bit. The only con were the glitches. When the game could go no further due to a game bug the only solution was to reload an earlier save which meant replaying and killing enemies over again. Much respect goes to the game developers, it is a time consuming and wearying occupation that deserves a little more credit. Definitly hoping for epidode 2!