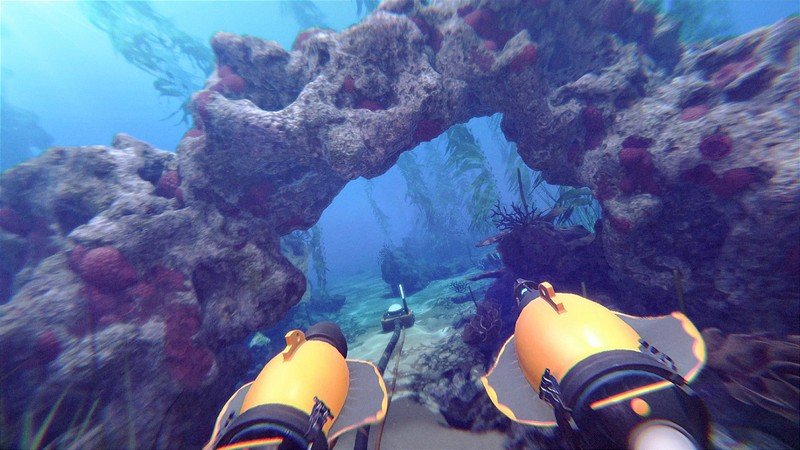 Use virtual reality to uncover the secrets of the big blue in an atmospheric deep sea dive. As you bear witness to an underwater marvel, your mission becomes clear. Take your research rig out into open sea in search of the largest great white shark ever seen… Shark Week: Operation Apex is an accessible virtual reality exploration and adventure game developed by Curiscope, in partnership with HTC Vive Studios.

A VR adventure with full freedom of locomotion

Enter the deep and discover the most expansive, fascinating and diverse places on Earth. Using virtual reality, put on your diving gear and explore the underwater world. Venture through reefs scanning for marine creatures and hidden discoveries. Shark Week: Operation Apex is designed for room-scale and seated modes you’re able to explore no matter the size of your playspace.

Dive with the world’s leading marine scientists and take on the role of research assistant with no diving experience needed. Your mission is clear, take your research rig out into open sea in search of the largest great white shark ever seen. Assist on scientific expeditions to collect data from the marine life around you and learn about the ocean’s precious ecosystem and our individual impact on it.

All the art and imagery in the game is was carefully created to be a realistic as possible, down to the way the kelp sways with the ocean currents. Each of the three underwater environments have been highly researched to provide a compelling simulation of this mysterious world.

The ocean is a mysterious and wondrous place. It can even be treacherous. Revel in the beauty of this underwater world by exploring the hidden discoveries to reveal the true predators of the ocean.

About the development team

Shark Week: Operation Apex is developed by Curiscope, a startup founded by Ed Barton and Ben Kidd. Curiscope’s mission is to help people understand the real world in a new way. Our award winning experiences take curious minds on wild adventures that inform, inspire and drive enthusiasm for learning.

Our previous work includes; an augmented reality app that makes sharks swim around your bedroom, a t-shirt that allows users to see their internal organs, a book about virtual reality and one of the world’s most watched 360 videos – Great White Sharks 4K. (We like sharks)
(also playable on Oculus Rift) 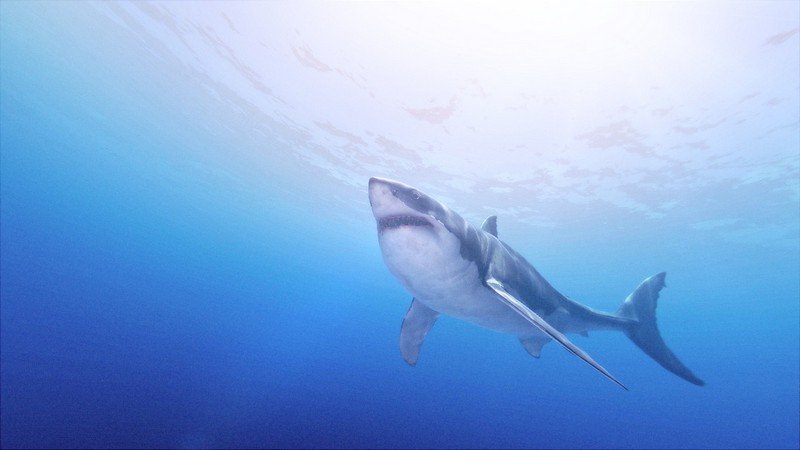 Greenlit
Feb 01, 2018
★★★★★
When I removed the HTC Vive from my head, I couldn’t help but let out a sigh of astonishment at what I witnessed. Operation Apex is among the best that your Vive has to offer. Download the game and take the plunge!

David
Jul 29, 2019
★★★★★
Beautiful scenery and a bit of an educational experience. About an hour worth of entertainment and a little more of frustration if you’re a completionist. I still can’t find a couple of the discoveries it claims I am missing. This just makes me imagine a future where we could actually drive sub drones underwater without having to be on an expedition team.

Finding
Aug 21, 2019
★★★★★
Great game play, awesome environments and very educational in the various sealife as well as the damaging effects of trash, plastic bags in particuar. I had a lot of fun playing this title and the great white shark was defnitely the pinnacle of game play. Its a bit unnerving while luring otherfish to have the great white glide in from behind you! Very cool!! I would love to see more interaction/couriosity from the sea life as well as some expansion in content or even paid DLC’s would be great it not priced too high. Overall we had a great time playing and learning with this title.

TIP: To get all of the discoveries, pull out the scanner and aim it at all of the fish. If they glow green, it has to be scanned from mouth the tail. Scanning all in a school adds to the completion.

Chris
Jan 20, 2019
★★★★
Takes about an hour to complete but fun learning experience if you have any empty subscription slot to use. Swimming around under water and discovering sea life isn’t so bad in VR. 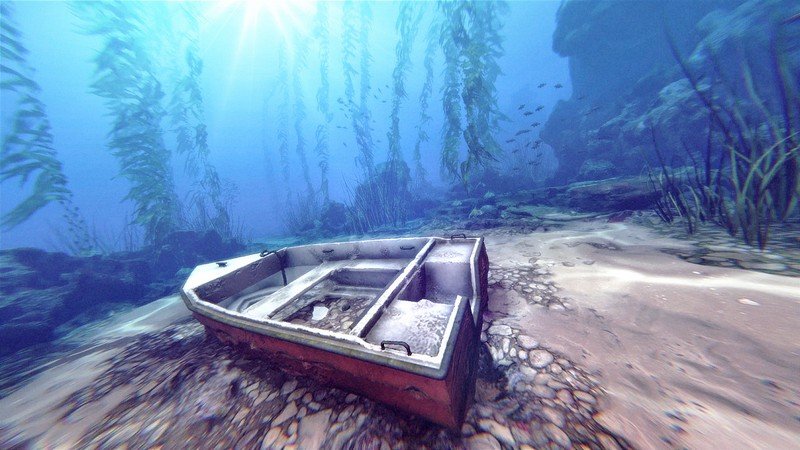 Cassider
Dec 16, 2018
★★★★
Short little game you can finish in one sitting that is educational and also fun to play.

Philipp
Jan 13, 2019
★★★★
Short, but nice. Good for subscription. But certainly not for VR beginners. Diving and especially Turning made me sick. Was even looking for a way to turn Turning off as you can move around in reality. Controls in Oculus Rift was not too intuitive, because I was turning by accident a lot. So had to do some breaks. But then graphics was good and it had some narratives and interactions and there is collectibles so there is also replay value.

Morgan
Jan 11, 2019
★★★★
I was unsure if I’d cope with the free motion since many other experiences considered reasonably comfortably for most left me queasy. Played through the full experience on comfort mode and don’t regret it. The subtle blue dimming as you turn your head against direction of travel must help, although there’s no dimming during accelleration. Good sense of purpose, and great graphics. Probably a good one to follow family/friends with after they’ve tried the Blu.

As said, entertaining and educational too. Cool rotatary control and 3d compass UI

Octu
Aug 17, 2019
★★★★
I have mixed feelings on this game. It feels like there should be more here. The places you visit feel like they could have been more fleshed out and I don’t feel any motivation to explore the environment more than the bare minimum the game requires of me.

The environmental message is imporant, and I learned a good bit about the ocean from it, but honestly I wasn’t expecting this cool VR ocean game to be so morbid and depressing. It ended up coming across as preachy, though I understand that compared to how depressing it is in real life, this was positively sunshine and lollipops.

Still, I really wanted a cool game where I explore the ocean in VR and learn about all the different types of fish and creatures. It’s my favorite part about watching ocean exploring expeditions like EVNautilus and Oceanexplorergov, and I wish a VR game would capture that.

birgitta
Feb 08, 2019
★★★
Looks super cool and fun. Unfortunately, I can’t play it due to motion sickness, as there’s no other option. I’ve played other games of this nature and was able to play them just fine, but for some reason, this made me so sick and sweaty I had to go and lay down immediately. It did me in for the night. I was only able to enjoy 5 minutes, and then I was done, unfortunately. The graphics were ok though. Still, giving 3 stars for the graphics and voice acting, which were decent quality.

Thomas
Oct 26, 2019
★★
Concept is great but this does not play properly with my Cosmos controllers.