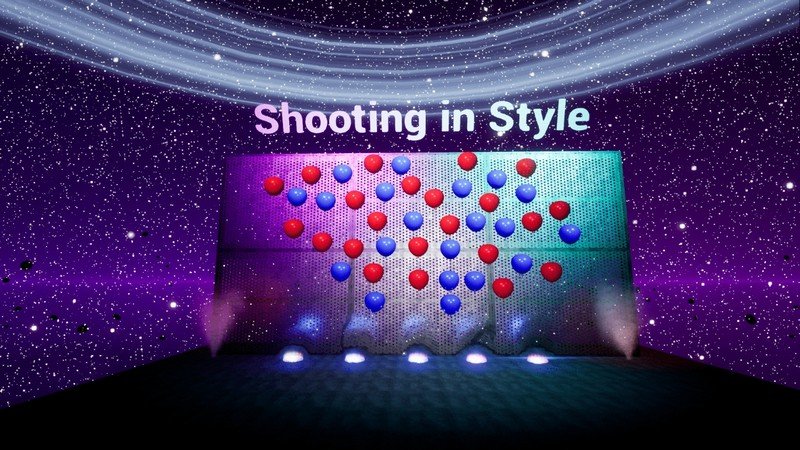 Released Feb 2019 3.9★
Skrots Game Studios developed the Shooting in Style VR(Virtual Reality) Game for all section of society and it is best shooting game which will attract many Kids & Adults also. They will love this game because of its various levels & thrill experience. Multi-gun experience also helps the player to hold his position and shoot balloons. Key facts
1) This game is the best game to improve concentration among kids, adults
2) Any age person can play this game and it has many levels
3) You can stop the game at any level and again continue when you start next time your system
4) After each level sucessfully completes then next level in the sequence will unlock
5) The game having few levels which are finishing tasks and no timer applied to those levels
6) Some of the levels are having timers and it would be a fun and thrill to play and hit the balloons
7) There are in total 12 levels in the game and in future plan to have many more
8) The Gun where we can load the bullets and then play and hit the shots
9) When hitting the balloons then the same balloon can again come to you and the player has to immediately move left, right to save from the reverse hit.
It would be a thrill.
10) When you hit the balloons then ballons can be going into the sky and anywhere and in different directions
and seeing it while flying is a kind of fun
11) You can play the game by holding guns in both the hands when shooting is also a nice experience., 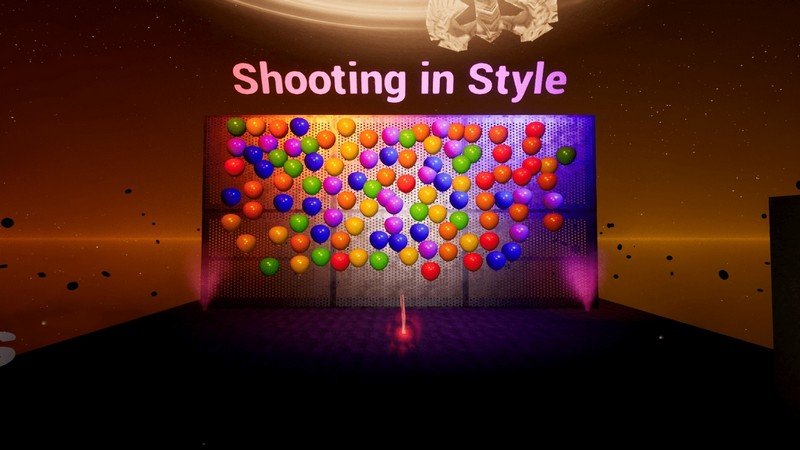 Kim
Nov 20, 2019
★★★★★
It is a very simple game, but intutively made great and the timed actions are wonderful. Cheers to the makes.

Shaik
Apr 29, 2019
★★★★★
One if the best Shooting Simulation Game I have played So far On Viveport !
Hoping to get hands on more Stuff from your gaming studio .
Cheers !

[G51]️ NightDuty
Apr 21, 2019
★★★★★
The game works but I found the gun handling really weird. The gun is on quite a forward rotation that makes it hard to shoot on feel. Unloading a clip can also be quite the dance with the gun.

Game would be better if they fixed the gun play a bit and fix ending a level when all balloon are shot. Sometimes it does not end the level.