Released Jan 2018 4.0★
“You are about to be part of the SpaceWalker team. Let’s explore the multiple dimensions yet to be known, obtain the knowledge and power of the cosmos and save the universe!”

The universe is beautiful yet mysterious, containing abundant knowledge to explore. SpaceWalker is dedicated to creating the best experience of discovery for space lovers, allowing them to immerse in the beauty of the universe while unveiling the mystery.

In Early Access, Solar System Explorer, you will steer a spacecraft to visit planets in the solar system. On each planet, you will learn the skills and knowledge necessary to accomplish missions.

Early Access is 100% free. Every user feedback will be incorporated into the future update. More content and enhanced experience will be released in the released version, such as Comet Explorer, Space Debris…etc.

SpaceWalker has been providing Magic VR Bus, a nonprofit project in Taiwan, with its content. The objective is to enable children and teenagers in remote areas to learn astronomy with the help of VR. Over 350 children and teenagers have experienced SpaceWalker since the project launched more than 1 year ago. The project is still ongoing currently.
(also playable on Oculus Rift) 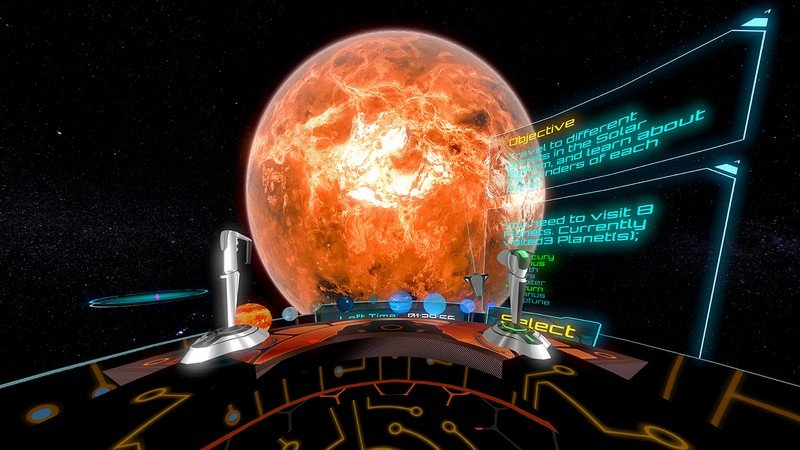 R
Jul 17, 2018
★★★
The graphics are very nice, but I would wish to gain control over the spaceship like in old wingcommander times. The steering simply does not feel natural. And why do I have to collect teddy bears in space? That does not make sense. But it is a good start for a first early access release

XlXi
Dec 15, 2018
★
Not worth playing, looks nothing like the trailer, misleading.