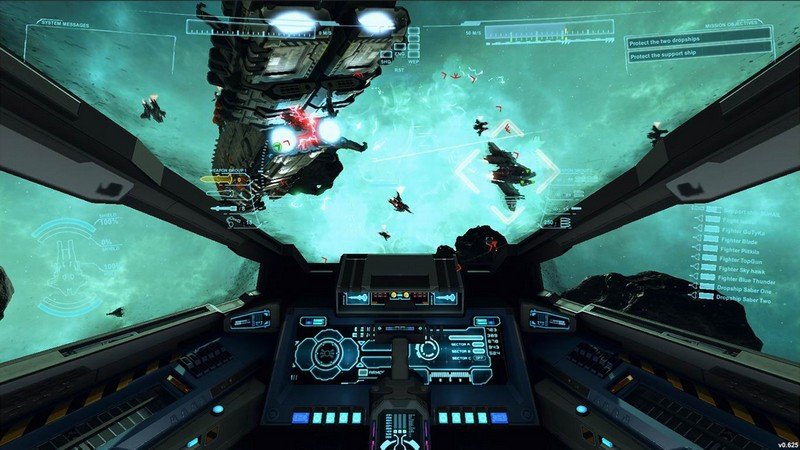 Jump in the cockpit of a space fighter
Starway Fleet is an action-focused space fighter simulator game. Take part in various missions including interception or reconnaissance, provide fighter cover for cargo ships or help rescue the crew of disabled ships, etc. Fight offline in quick missions against computer-controlled enemies or online with your friends in co-op mode (up to 3 players). Be the famous fighter ace, let the whole Universe know your name! 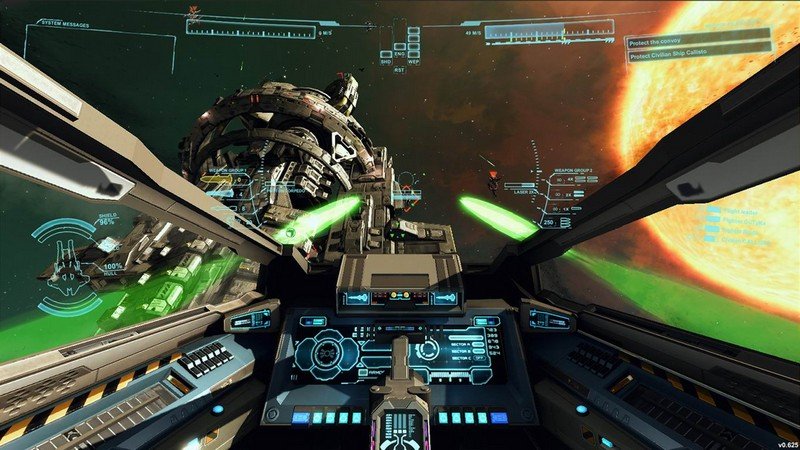 Greenlit
Mar 06, 2018
★★★★
From start to finish, players can expect to tackle the breadth of what Starway Fleet has to offer in roughly three hours for the single player experience. While it isn’t the most groundbreaking game in the genre, fans of space simulations of old like Wing Commander or X-Wing vs. TIE Fighter will find a lot to love about what StormCube Games have cooked up for their first effort in virtual reality. It’s definitely not a game for beginners in the VR medium, nor is it a good introduction to the space simulation genre itself, but it holds its own for hardcore fans dying to get their fix of high-octane action on the platform.

Pedro
Nov 24, 2019
★★★
I have played it using keyboard and mouse. I also used a steam controller for a while. At first, they didn’t work, until I noticed that there was a pop-up window on my desktop. I closed the window and then I could use my keyboard and mouse without any problems.
The interface is well thought, you can check all the info you need in a glance. The game is fun like X-Wing, but it seems it doesn´t have enough content yet.

rethjack
Nov 29, 2017
★
I read all of the other one star reviews. They were mostly about how this game doesn’t support the Vive Controllers. Well, I noticed that disclaimer right in the description, along with how you would have to use some other form of control. So I broke out my dusty old joystick, saddled up, and was ready to rock.

Once I got into the actual game, my ship was spinning uncontrollably despite the fact that I was not touching anything. The mouse cursor was not showing up once I opened up the menu, and so I had to manually adjust all of the bindings with the keyboard. After all of that was said and done, I went back out into the game, and wouldn’t you know it, none of the changes I made on the menu matched actual controls with the joystick.

After about an hour of trial and error, I got almost everything working. But almost doesn’t get the ship to move.

Sean
Nov 23, 2017
★
Using an XBox 1 controller connected via USB.
Could not fire my weapons. Other controls seemed to work most of the time. Left/Right triggers were recognized in the menu when I tried to remap my controls, but they were not recognized in game. I would have to take my had off my controller and click my mouse buttons to fire.

SoM Lord Terresius
Nov 29, 2017
★
I try with my key board, it doesn’t work. with the motion controller, half the button are missing. With a PS4 Controller, the Cockpit spin to win for ever…

Edward
Nov 19, 2017
★
this isn’t making any sense. This is the VIVE website but this game isn’t supporting any VIVE controllers? Silly, then it shouldn’t be a selection in the page.

Harry
Nov 17, 2017
★
not made for vive, looks like it could be amazing to play. very frustrating