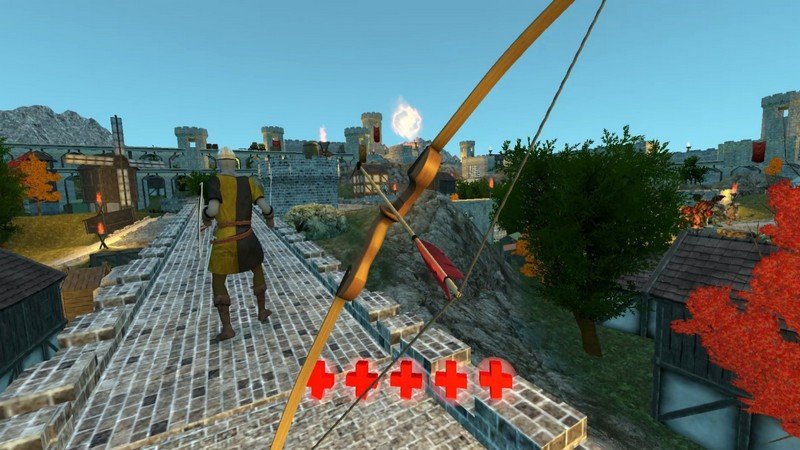 Released Jun 2019
VR Tower Defense game for HTC Vive headset. Join this medieval fantasy world and defend your castle against orcs, trolls, goblins and other creatures! Use your crossbows, bow & arrow, magic spells and swords to slay the enemies!

Being in a fantasy medieval world, the game brings mythical creatures like orcs, trolls, demons, beasts, goblins, ogres and other monsters. Each enemy has its own sounds for attack, hit and die. Enjoy a rich sound experience with the environment sounds and special epic music during gameplay!

SurviVR – Castle Defender combines the First Person Shooter style with the tower defense VR game. By using the HTC Vive controllers, the user can teleport over the castle, select different weapons and shoot.

The castle contains several strategic teleport areas and towers. Weapons like crossbows, bow and magic spells can be used all over the map, but there are special areas for sword fights, along the enemies path.