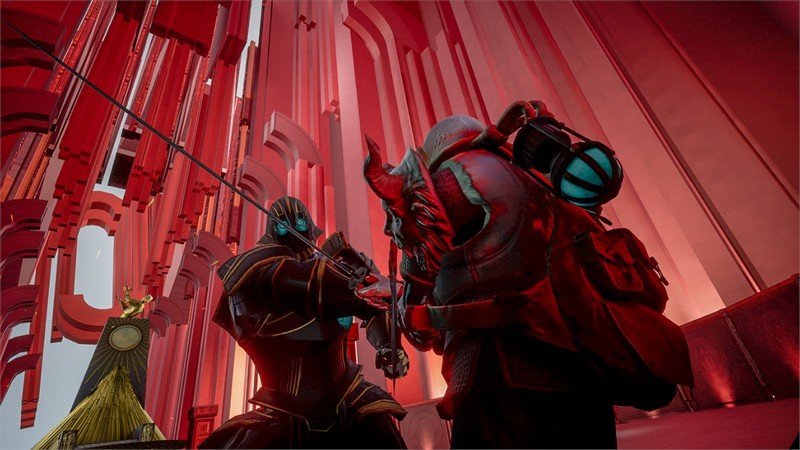 Released Oct 2019 3.1★
SWORDS of GARGANTUA is a cross-platform VR online action game. Fight solo or join up to 3 others in online co-op against a hoard of enemies and their master, the towering titan named GARGANTUA.

Key Features in SWORDS of GARGANTUA:

Gargantuan in Size: Embrace destiny and take on the mighty titan, Gargantua. Larger and more challenging than anything players have faced in Swords of Gargantua before! 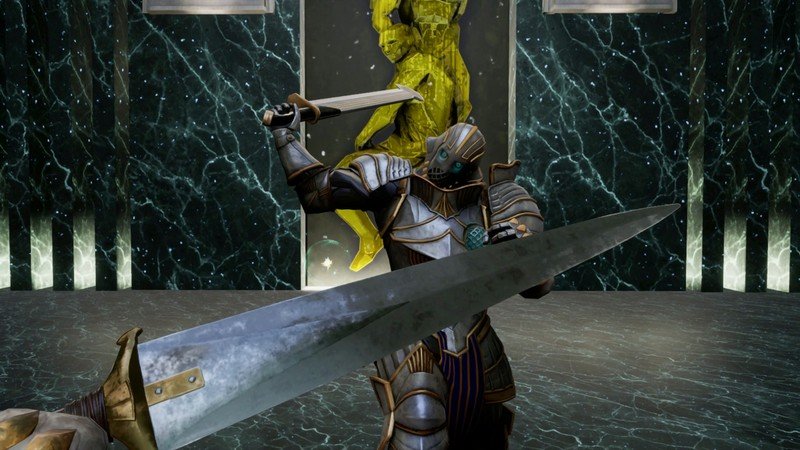 The sword handling is well done, although the weight coefficent is not there yet for the weapons, (all are able to be wielded one hand), you can choose any combination of weapon/shield, all nicely done.

Pace is manic in the higher levels, which is nice to have that pressure.

Movement is a little clunky, but acceptable for needing to manage the movement via thumb pressure and any weapon in the same hand.
Things I would note:
Throwing (range) weapons is very difficult to master, especially at distance
The parry mechanism when using two weapons is really bad, you take damage even if blocked. Shield is fine
The parry mechanism during their spin/off side lower attack is way off, you have to really get down to block that, needs adjust
Progression is a little hard to understand

Self
Oct 29, 2019
★★★★★
Its an arena and wave based sword fighting game and really immersive combat system.

Octu
Oct 12, 2019
★★★★
This is a bit of a tough one. I like the mechanics and the art, but my experience with the gameplay left much to be desired. I downlaoded the game to play with my friend, and our experience can be summed up thusly:

Wow, that’s a lot of enemies to start out with.
Oh, it’s a wave defense game.
Oh crap, they don’t even pause between waves!
HOW IS THIS BIG GUY FAIR
the bots are dead
HOW ARE THE BOTS DEAD AGAIN
DAMMIT GAME LET ME BREATHE
HOW ARE THEY MAKING IT HARDER
AAAAAAAAAAAAAAAAAAGH
Oh, wait, it’s over?

Quentin
Oct 16, 2019
★★★★
Cool mechanics and gameplay, I haven’t gotten too far but I’m really turned off by the non-existant index controller support. They work, but you can’t move your fingers around or realistically grip things. I kept dropping my sword because I would squeeze too hard as if I was holding a real sword.

mirrored_line_props
Oct 16, 2019
★★★★
Requires a large vr space, but the combat is good. Parry detection could use some work though 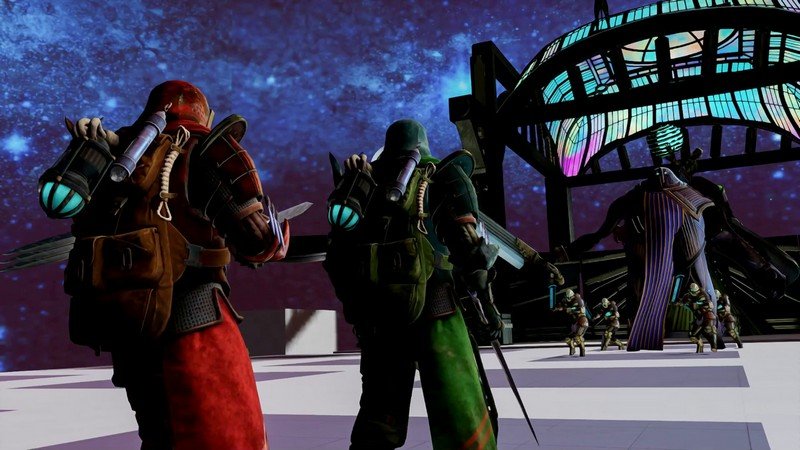 Ethan
Jan 27, 2020
★★
I cannot recommend this game. The parrying does not work consistently, the dashing mechanics are awkward, the combo system is subpar. I really felt that this game had talent. I am giving it 2 stars instead of one because I think that some of the issues can still be fixed.

Carl
Nov 01, 2019
★★
This has potential but is very frustrating in it’s current state. I kept having issues where blocks weren’t registering, especially when using your say left hand to block an attack from the right side. The trigger to dash is also very annoying. Asgards Wrath did this much better.

I can see potential in it, especially for the online side of things, but it definitely needs a lot of tweaking.

On a more positive note, I really like the visual style and always appreciate things like full smooth locomotion, full body rendering and weapon interaction physics.

Selim
Feb 01, 2020
★
I played it short and I couldn’t see anything different from a simple sci-fi arena to fight with enemies in waves. The game with its fighting mechanics is not bad but, there are other better sword figting games outhere and this one may be a two to three stars game comparing with the bests, say Hell Split Arena as 5. I gave it one because of its unnecessary backstory.

I would expect more after I had to watch that long backstory in the begginning. This kind of simple wave based arena games shouldn’t have that kind of entrance story. That is unnecesasry and time consuming.