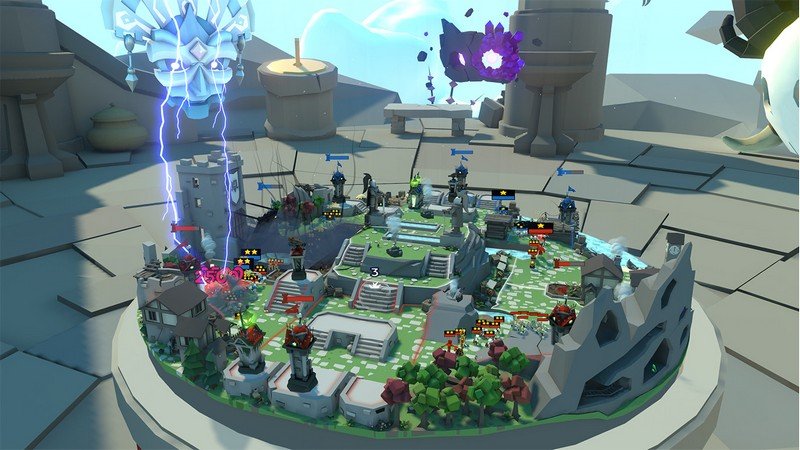 Released May 2019 4.0★
The Elder God has vanished! In the wake of her disappearance, a power vacuum has appeared in the heavens and war has erupted!

Tabletop Gods is a fast-paced, real-time, arcade action war game, with a hint of tower defense thrown in for good measure. Playing the role of a god, you and your opponent lead your armies against each other across virtual tabletop battlefields with one goal in mind: to destroy more of your opponent’s Strongholds than they destroy of yours.

The hectic battles in Tabletop Gods last at most 15 minutes, often less. At the start of a match you’ll choose which of the three factions you wish to command: Human, Undead or Demon. You’ll also choose which of the three unique tables you want to battle on, each one being at the center of its own Arena. Each battle is played over three increasingly frantic rounds. At the start of each round you have a short time to place fiendish traps and mighty weapon towers in secret, as well as the opportunity to switch your troops and spells for the upcoming round. After preparing for war, the next 3-minute round of intense battle commences in which you’ll be deploying troops and casting spells in an attempt to destroy your opponent’s Strongholds while striving to defend your own.

Each tabletop battlefield is the centerpiece of its own ‘Arena’. An arena holds up to 8 players who are free to move around and voice chat with each other, whether they are playing a match or spectating. Spectators even have the ability to shrink down onto the table and watch the battle from a troops-eye view! You can create your own arena to play in, or browse the currently open arenas and jump into an existing one. You can even create a private arena for just you and your friends.

Tabletop Gods features a head-to-head multiplayer mode, and single-player Skirmish and Trials modes. The short, intense matches and social arenas are perfect for quick one-off games or for longer multiple-battle sessions. The game is fully cross-platform, so whatever system you’re playing on, whether you’re playing flat-screen or in VR, you can play with every other Tabletop Gods player.

See you in the Arena! 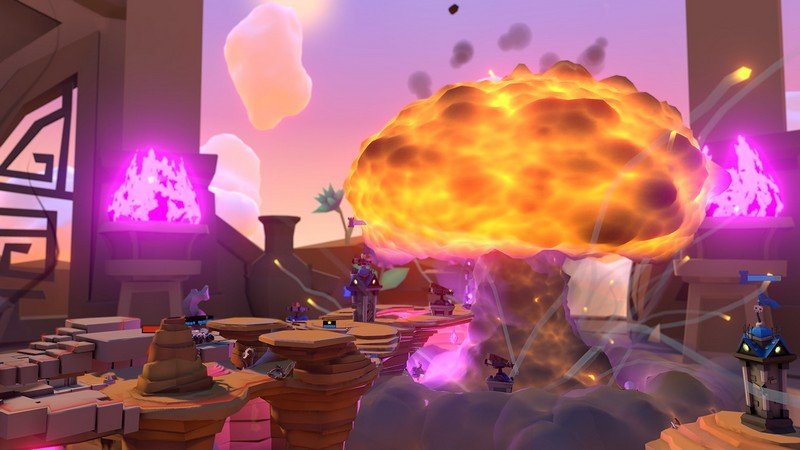 Jeremy
Nov 12, 2019
★★★★★
A great blend of RTS, MOBA, and Strategy. Could use a bit more variety in units and maps, but great style and polish make it easy to keep coming back to.

Andrew
May 31, 2019
★
I enjoyed the gameplay and the game as a whole and thought it was really fun. Now almost every single time I try to boot the game, menus become unclickable and this issue does not follow through to other games. Which leaves a very sour taste in my mouth, I will not be coming back to this until I know that it is a fixed issue.