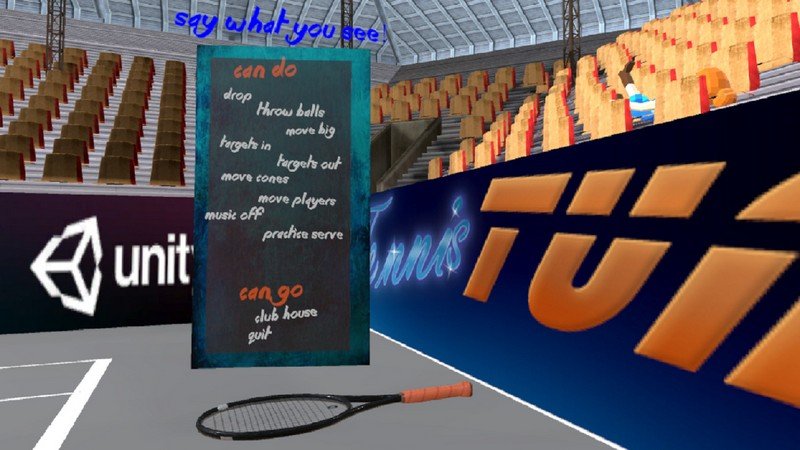 The action starts in the Club House where you can view the video tutorial and then continue off to the stadium to practice.

In the stadium you can have coach drop balls for you to hit at the targets or you can have the balls hit from across the court for rally practice. Move the targets in, earn points and develop your game. With “Practice Serve” you develop your ball placement in the forehand or backhand courts. Pick up points by bringing in targets and firing away!

There are many improvements and features in the future of Tennis Tune-Up:
First up, and coming soon, is the addition of a two handed serve with one controller holding the racket and the other used to toss the ball. When you choose this option in the Club House you will test your play area to make sure you have enough head room. If you pass the test you’ll go off to the Stadium for two handed serves.

Tennis Tune-Up will support the Vive Tracker Racket that HTC has available. You’ll have the same Club House height check when you choose this option.

Take your action to the park in our City Park scene.

You’ll be able to move around the court to practice your shots from various places on the court in the Court Practice scene.

You will take on players of different levels of skill in the Match Play Arena scene.