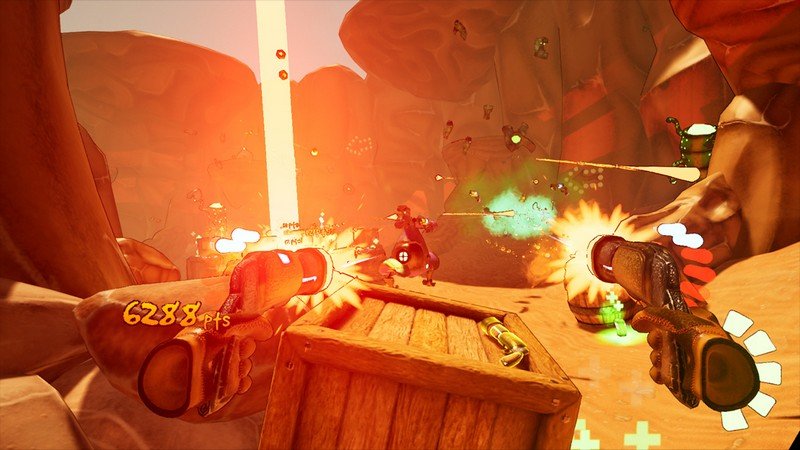 Do you feel you’re missing out on all the authentic futuristic Old West robot shooting action? Then look no further!

The Copper Canyon Shoot-Out is a frantic, fast paced VR shooter set in a Wild West themed world overrun by robots. You find yourself outnumbered and outgunned against an invasion of corrupted enforcement machines. You must fight your way through the Copper Canyon to rid it of this evil robot horde!

The Copper Canyon Shoot-Out has been developed by Black Dragon Studios in Unreal Engine 4 for VR, and supports both Vive and Oculus. 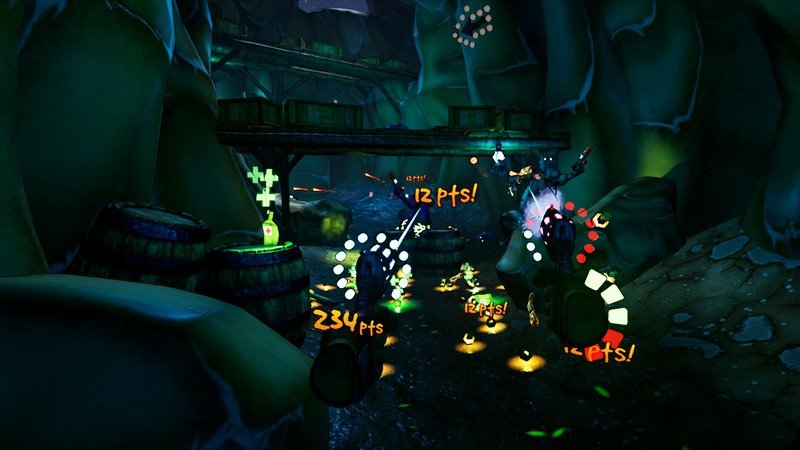 jason
May 19, 2019
★★★
As far as shooters go, this game is pretty good. The mechanics are solid, but they feel like they could be a little more polished. For instance, teleporting during a fight slows time a bit which helps you get your bearings, but occasionally you’ll end up facing the opposite direction that you intended. Reloads are done by putting your hands at your hips , which is also clever, but sometimes it just doesn’t work.

Still, even considering those issues this could be a great game with some more content. More levels, maybe a few more guns, etc. If you have Viveport Infinity, definitely grab the game and play through it. Maybe pick it up on sale, but I’m not sure I’d buy it for the full price.

DEVS: Movement is broken on index. every time you teleport it chooses a random direction to face. Very disorienting.

It has something missing. It has a feeling like it is aimed to be a cute western alien robot shooter. Yet, neither graphics nor mechanics feel that cute or satisfactory, even though they normally look good and run ok.