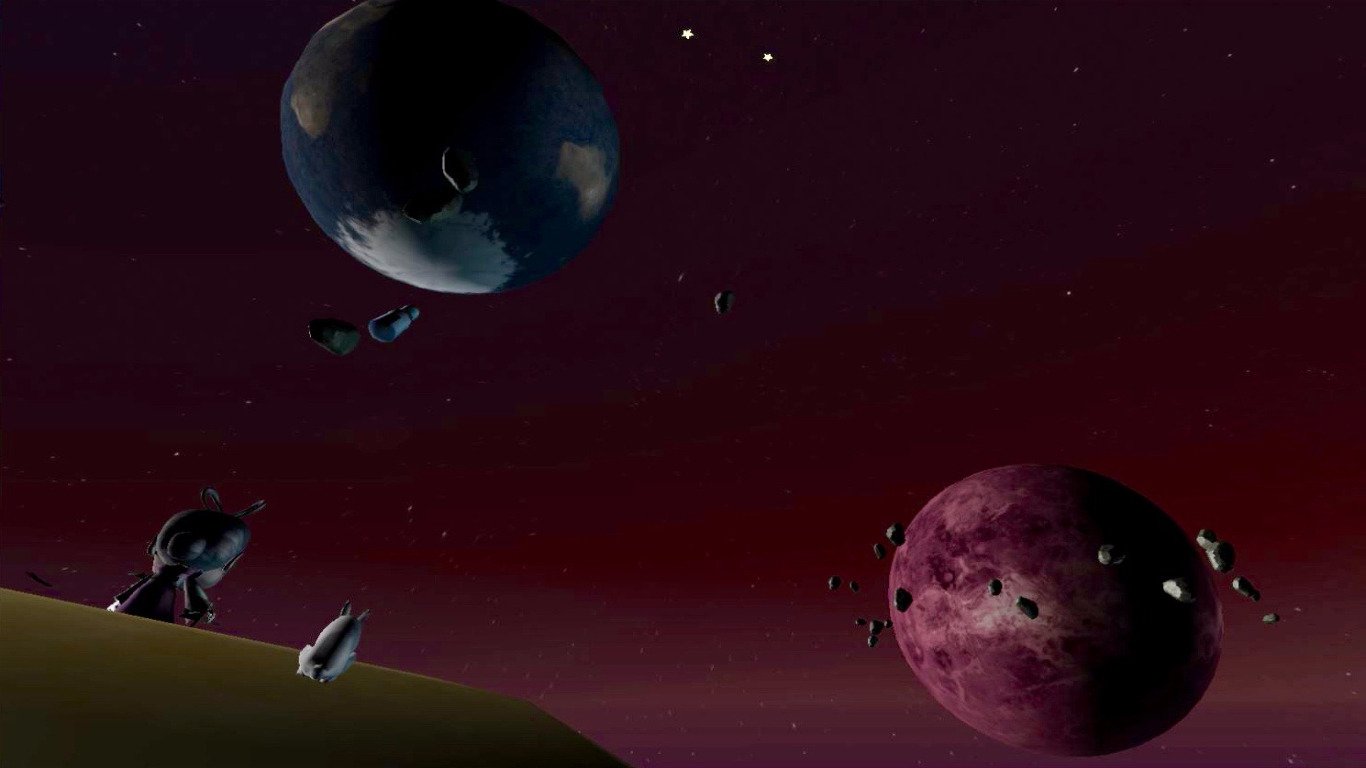 Released Jan 2017
The film is Polyrat Studios \”China story\” first demo, about for a long time after a long time, the human died, doddering, the goddess of the moon live alone on the moon, and protect human remains.
Audience incarnate god, overlooking the decay of the solar system, space junk is filled with the whole space, the story happened in front of the audience on the moon (need the audience with the handle to create the stars, the stars light up the space and find the moon) white-haired Change(the goddess of the moon) after they finish cleaning the garbage on the surface of the moon in a meteor shower, look up at the earth from the sky slowly across, triggered a new round of space junk in the fall, the goddess of the moon, ran back to their own home with astronauts helmet to protect himself, and took a human into space shuttle launch destroyed NASA period, cover on the Armstrong landed on the moon big footprints, so as to avoid falling space junk will destroy it, human civilization has been end their pride, which is human left only footprints finally mark, the goddess of the moon guard it silently.