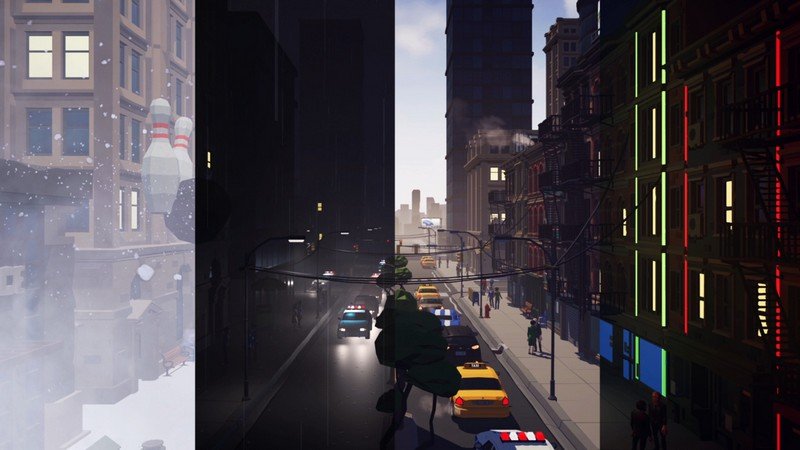 Released Mar 2018 2.8★
The Romano family has taken over the city. Corrupt politicians and police agencies do nothing to stop them. Become the morally ambiguous champion this city needs as a Sniper in Virtual Reality.

The Perfect Sniper is a stylized, story-driven and action-packed VR game that lets you take on the role of a deadly vigilante as you take down the Romanos, an organized crime family involved in an underground market for weapons, drugs and human trafficking. Tactical target eliminations, car chases and more; prevent minor crime with sharp precision and stop major crime with nothing but deadly force.

Embark on a deadly mission and become the Perfect Sniper. Take down a massive underground criminal organization as a one-man army.
The Romanos’ won’t see you coming; the cavalry is here.
(also playable on Oculus Rift) 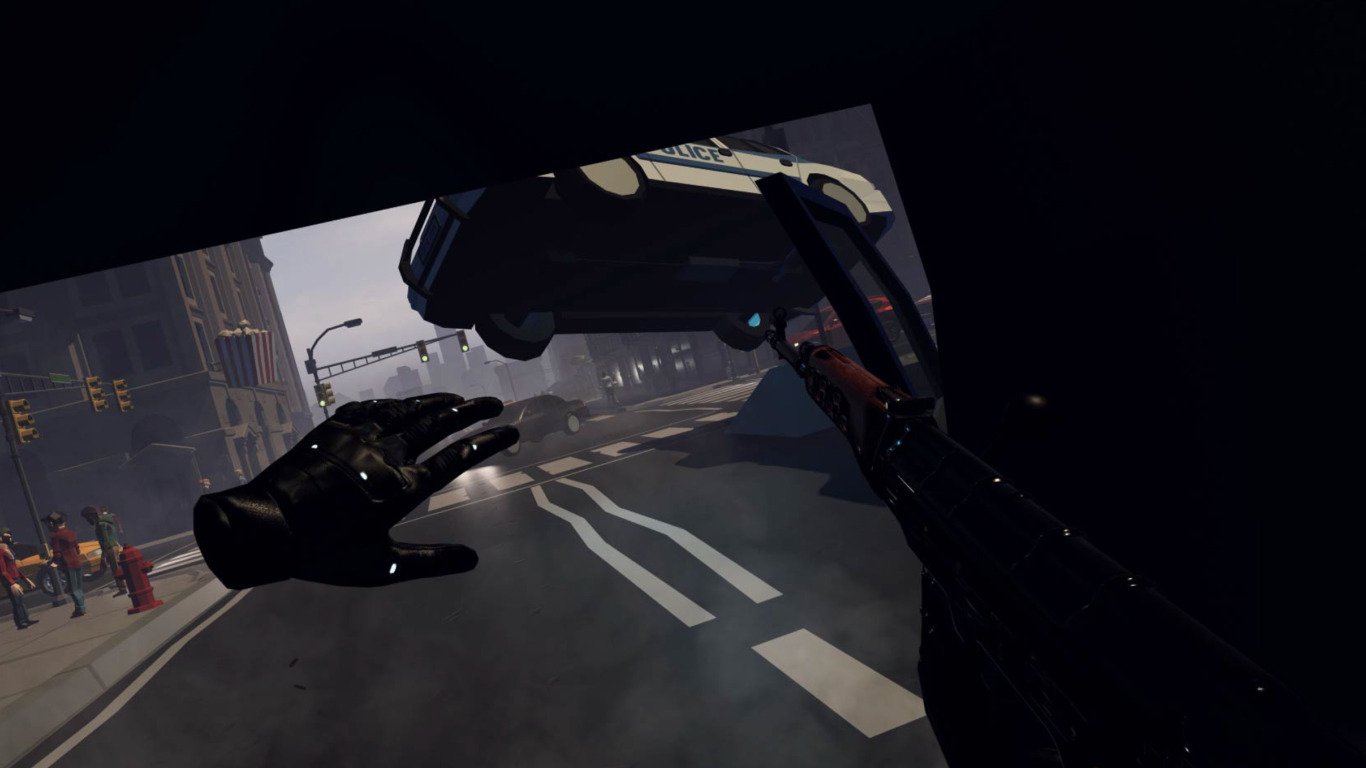 Jefferson
Aug 19, 2018
★★★★
I was in the mood for a sniper game and this was perfect! The story was just enough and the mechanics felt great. I have a vive pro so I was able to see far enough and I set up some cardboard boxes for a sniper stand and had a blast for about an hour with this game. The arcade modes are so much fun, the timed target shooting and the romano hunts are perfect for after the story. There are a few bugs that prevent it from being 5/5 though: mainly to get to the main menu you have to exit the game. This is a big drawback when trying to change games in arcade mode. Also two of the driving missions spawned me below the car. And when I failed the romano hunt arcade mode it put me halfway into the story again lol. The price is perfect for what it is though, fix the bugs it’s an easy 5/5!

Jakob
Aug 03, 2018
★★★★
Well made sniper game in comic style. Mostly one shot only missions, sometimes you have to seek your target, sometimes it moves. Good atmosphere, although to many cut scenes – since missions are short.

David
Mar 31, 2018
★★★★
You can play through this game in about one afternoon, but it is really fun. I was suprised at how new and realistic the aiming mechanic was. The scope is a real scope, so it does magnify and you’ll need to close an eye to look through it. I don’t know, I just really thought that was cool. The story is fun to be a part of, and the levels do offer some variety with car chases, helicopters, and the puzzle of finding your target. The only issue I had, was the start up was buggy. during car chases I’d often find myself underneath the car, like an inch or two from the road, rather than in the car like I should be. So that needs to be fixed, but other than that this game deserves five stars. Really cool!

Doug
Jan 30, 2019
★★★
Short and buggy, moments of unique fun. Story mode is about an hour, during which I had several instances of my player height being bugged. There is no save/resume, so you have to play it in one go, and a bug forced me to start all over once. The car scenes were unexpectedly immersive at times, redeeming the game from its deficiencies.

Eamonn
Dec 16, 2018
★★
This would have been a really good game if it didn’t make my eyes hurt. The centering of the screen isnt right on the rift at all. Gave me a sore head, otherwise I would have really enjoyed this. 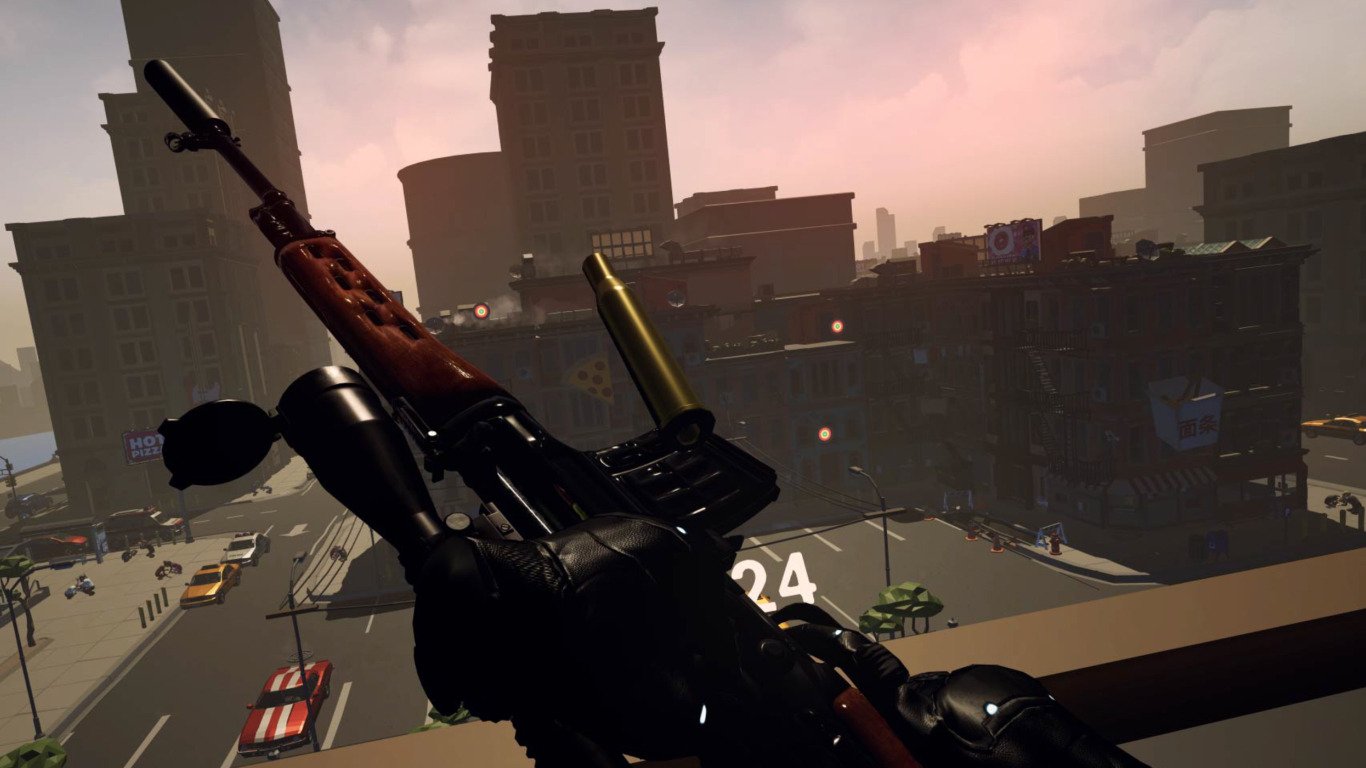 BaDaBingDK
Jun 20, 2018
★★
Controlls are misaligned 90° on the Vive controllers.
Thunder scene is broken.
Last guy can’t die no matter how many times i try, or who i choose to be the last guy.
Gave up and quitted after the 15’th try.
Otherwise nice little game.

Undertone
May 18, 2018
★★
This isn’t a large company built game so that is very respectable. The problem is, the controls are pretty bad. Everything feels clunky and the cinimatics go in whatever direction they want (which seems to be in the left corner most of the time.) In my opinion this game is not worth $12 at all, it feels more like a $2-$3 mobile game. The animations are shoddy and the hit boxes are deceiving on some missions. On the mission where you assassinate 4 targets on a roof I even too the steps to pull out a table to rest my arms on to ensure I am not shaking at all and even with a body shot it still did not register. With a lot of polishing this could be an O.K. game.

something
Apr 15, 2018
★★
There is no sound and the control detection on when you grab the bolt or hand-grip are very unforgiving. If your eye gets too close to the scope, everything just goes black.
This feels half finished.

Joseph
May 06, 2019
★★
glitchy- game kept placing me underneith the cars and firescapes
something wrong with the speeding car level. Seeing other playthroughs, my target is correct and the car shows it was hit, but it’s not registing success.

Also, tried to cock the gun repeatedly but could work out how to pull the trigger. It wasn’t the trigger button on my controller, strangely.