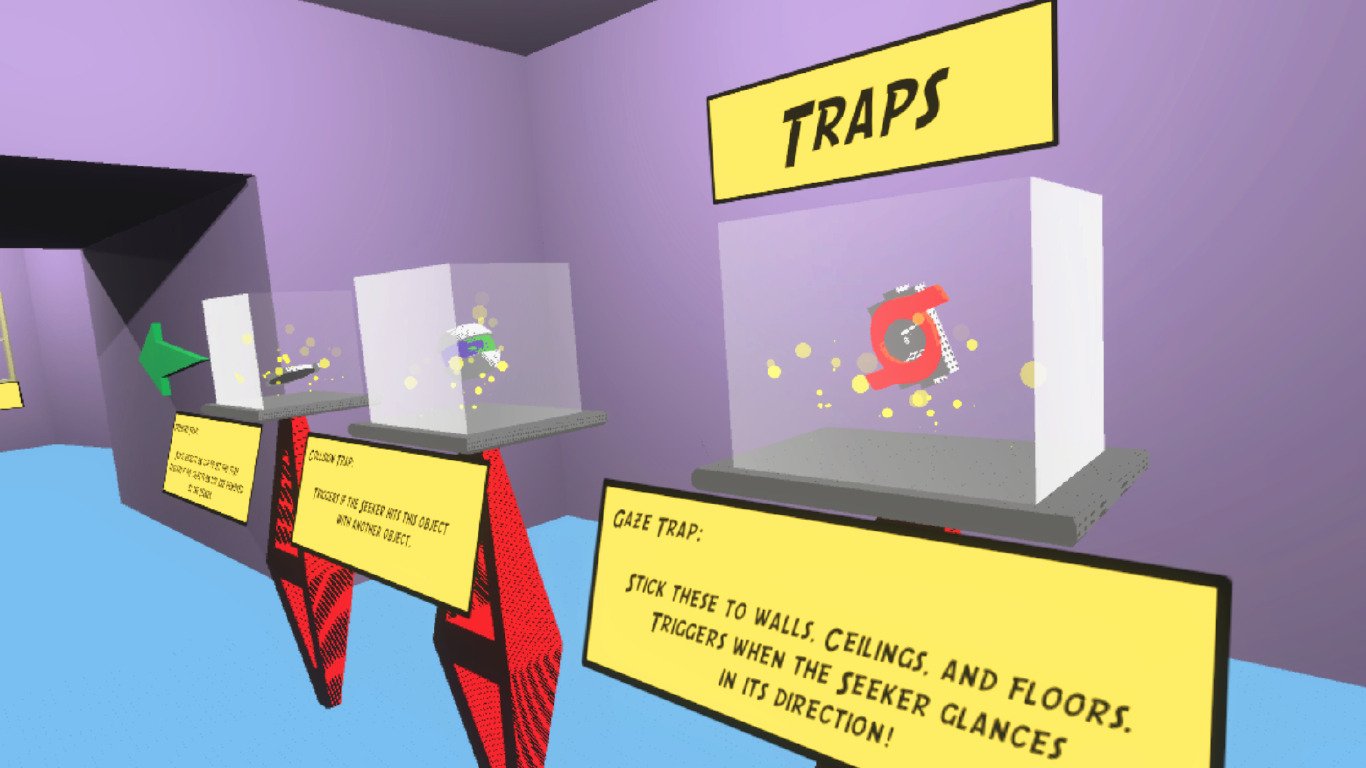 Released Apr 2018
The Take is a local competitive hotseat VR game where two players assume the role of competing spies in a Golden Age comic book, racing against the clock to hide and seek classified intel. The first spy (the Hider) has a limited amount of time to hide the intel somewhere in their spy-stronghold, all while using a selection of traps to secure the room and delay the other spy (the Seeker) from finding it. Once the time limit is reached, the Hider transfers the VR headset to the Seeker, who then has a limited amount of time to find the intel and avoid the numerous traps set around the room. If the intel is found within the time limit, the Seeker wins the game. If not, the Hider wins! Play over and over again to discover all of the hidden parts of each room and experiment with the vast combinations of interactive objects and traps. Prove who is the best spy among you! Available April 2nd, 2018!

Features:
– Only one Headset needed for a two player competitive VR experience!
– A unique comic book world even 1960s Batman would adore!
– A fully arranged jazz soundtrack by award-winning composer Zac Zinger!
– 3 unique rooms!
– 8+ different traps!
– 9 pieces of nostalgic intel!
– Plus: You get to write on the walls! Holy calligraphy!!!