Released Mar 2018 3.6★
WAX HOUSE: Jack the Ripper is a realtime VR game for the HTC Vive that places the player in an old-fashioned wax museum dedicated to the five known victims of London’s most famous serial killer. Designed as an escape room with a series of fascinating puzzles, you explore the museum and its dioramas of Jack and his victims, learning about each of the ladies and building a list of clues that lead you to answer the ultimate question— WHO IS JACK THE RIPPER?

The game features hauntingly beautiful art direction and challenging gameplay in a truly immersive environment. Utilizing the spirit of a long dead Carnival side-show host as your tour guide, the player is introduced to the story of the poor souls who lost their lives that faithful year and the mysteries that surround their deaths. In addition, the ghosts of the victims appear as high-quality full-motion video as each of their respective puzzles are solved.

You can freely switch between teleportation and trackpad locomotion in the Wax House. 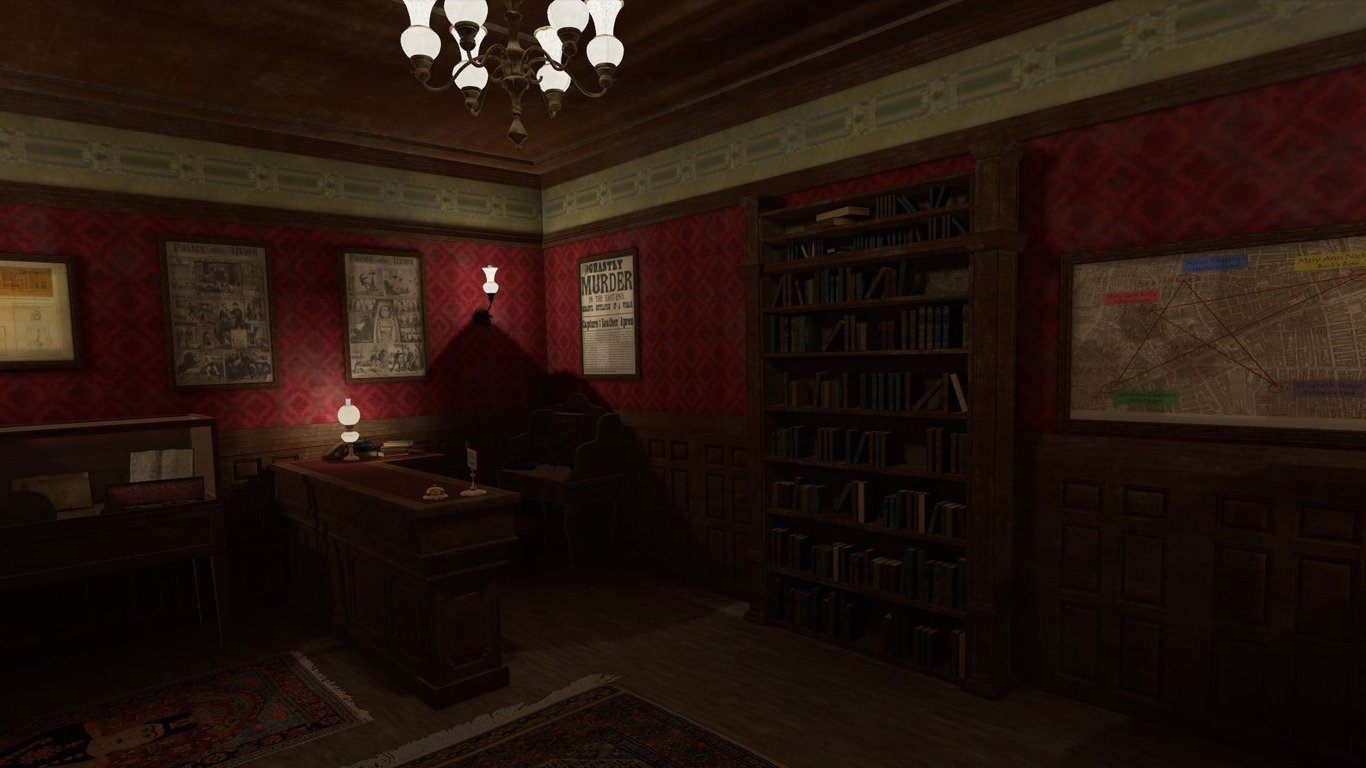 Vicente
Aug 26, 2019
★★★★★
Very solid jack the ripper vr educative game, you get to know the victims and who jack may be, environments and graphics are nice, light but rewarding puzzles, an informative look to the murder sites, a bit of story and mistery, together with rock solid performance on pimax 8k, highly recommended. Perhaps the music could be a bit calmer and more environmental and spooky instead of being a bit annoying, still it’s not much of a problem.

Antti
Apr 24, 2019
★★★
Fairly entertaining look at Jack The Ripper, extremely light puzzles and a walk through wax museum exhibits showing the murder scenes. Flat animations of live actors don’t do a very convincing job but I liked it anyway and I this is the kind of thing that makes me hope for the resurrection of the FMV adventure game genre in VR.

I played with Rift and it was functional but figuring out how to position the controllers to interact with things was a little difficult and the items seemed very sluggish which may or may not be because of playing with Rift. I didn’t factor these things into the score I gave to the game since Rift isn’t officially supported currently.

Deborah
Apr 23, 2019
★★
The version I downloaded was glitchy, making it difficult to play. I only did one run through and didn’t see a good reason to try for another, even with a bad ending.

Michael
Nov 01, 2019
★
The whole VR system is a waste of money. This game was unplayable, it went from showing me around. Teleporting, walking, etc…..to no settings available and I could barely teleport around the first room while not being able to walk.